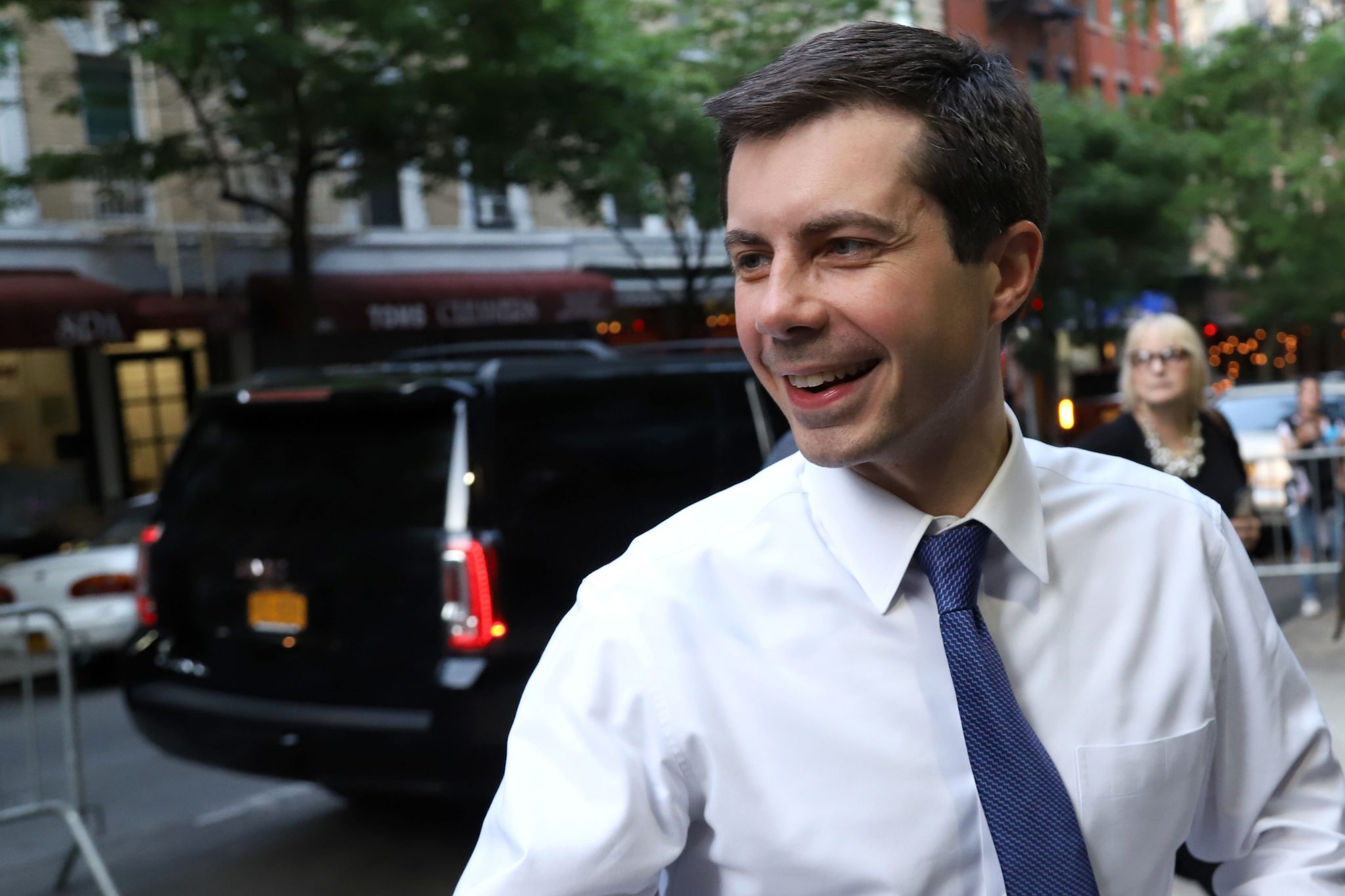 It’s important to clear the air about something here and now: I did not hold a fundraiser for Democratic presidential hopeful Pete Buttigieg in my home.

That’s what you might think from the report from KIRO 7 (a Washington state-based network affiliate of CBS) that “people gathered at the home of Jeremy Lott … to hear Buttigieg talk about his candidacy for president.”

It occurred in the middle of December. Not just anyone could walk in this Jeremy Lott’s door. “Tickets cost $500 to $2,800. And those who spent $2,800 got access to a private meet and greet,” reported KIRO.

I can’t imagine anyone paying that kind of cheddar to walk through my front door. But, in any event, it should be stressed that this did not happen. A whole other Jeremy Lott, one who also lives in Washington state, held the fundraiser for the Indiana politician.

I live in Lynden, Washington, a small Dutch town near the Canadian border. When candidate Donald Trump was barred from speaking at Seattle’s Boeing Field, he ended up here instead. A huge crowd packed out the local fairgrounds to hear what he had to say.

This other Jeremy Lott lives in the Seattle bedroom community of Mercer Island, where Trump would have gotten a frostier reception. This Lott is “the president of an apparel importing business,” explains KIRO.

That business is the SanMar Corporation. It was founded by a Marty Lott in 1971. He “distribut[ed] t-shirts from his parents’ basement in Seattle” starting out, the company’s website tells us. His son Jeremy is president and another son, Jordan, has a role. And none of these Lotts, so far as I know, are even distant relations.

SanMar imports all kinds of clothing and accessories, including t-shirts, polos, fleeces, dress shirts, backpacks, and golf bags. The shifting images on their website currently advertise “new arrivals”; “the 100% recycled fabric, never dyed re-tee”; and the opportunity to “S-T-R-E-T-C-H your style options” with women’s shirts (though, curiously, a man is pictured).

The company that this other Jeremy Lott runs is not small. It employs “over 4,000 people nationwide” and is bullish on “corporate responsibility.” It claims to be not only importing goods that Americans want but also exporting good things abroad.

A world map points out that the company “provided support and medical supplies in Honduras”; “improved standards of living for women in Africa”; and has “Hong Kong Affiliate Offices,” which keep an eye on “safe working conditions in Asia.”

It also has something called SanMar U, which offers product and décor education; expert advice; and resources, including a “SanMar Radio” podcast.

This is a reasonably large company, in other words, that must be driven batty by our current president. They just want to sell recycled, gluten free t-shirts as well as outfit your local softball team with inexpensive but quality imported threads. And along comes a disruptor in the Oval Office.

President Trump talks up trade war with “Chi-na!,” threatens to slap retaliatory and protective tariffs against goods coming from too many countries to list, and sometimes follows through with it. He’s a supply officer’s worst nightmare.

Therefore, it shouldn’t be too surprising that the head of an import business would get behind one of Trump’s Democratic rivals.

Yet the choice of Buttigeig is telling.

Buttigeig reminds me of that Whitest Kids You Know parody campaign video for politician Clint Webb, who sports a “short-cropped haircut [and] a pretty enough yet accessible looking wife” and boasts of having “enlisted in the military for the minimum amount of time in a position that would never see combat … because it would help me be your senator.”

That’s not entirely fair. Instead of a wife, Buttigieg has a husband. And while his position in the U.S. Navy reserve did not see him hip deep in combat, he did have to drive some pretty dangerous routes in Afghanistan.

Still, his career is one of a man on the make. Buttigieg is a former McKinsey & Company consultant who ran and lost to Richard Mourdock as Indiana state treasurer. Mourdock would then go on to primary Republican Sen. Richard Lugar and then blow what should have been a safe seat by publicly musing about whether or not God intended people to be born of rape.

Buttigieg next ran for mayor of the solidly Democratic town of South Bend and served two terms. Thus his “Mayor Pete” handle. He didn’t come out as gay until well after he had been elected, when then-Gov. Mike Pence was being pilloried and embarrassed by his support of a religious freedom law that was said to be anti-gay.

Mayor Pete made the announcement in an op-ed for the South Bend Tribune. His timing could hardly have been better. Less than two weeks later, the Supreme Court made gay marriage the law of the land in all 50 states and Guam.

His mayoralty was not a distinguished one. Violent crime spiked and the schools continued to stagnate. But his performance wasn’t bad enough to convince voters to toss him in his 2015 reelection campaign. Buttigeig’s achievements weren’t the stuff to make another serious run at an Indiana statewide office, so he took a gamble and ran for his party’s presidential nomination instead.

He’s banking on a couple of things now: 1) his openly gay status will help him with quite a few primary voters and backers; and 2) if Joe Biden stumbles, non-socialist, non-woke Democrats will have to rally around someone to keep Bernie Sanders or Elizabeth Warren from being their party’s standard-bearer.

Who knows if it will work? But Buttigieg is presenting himself as a well-spoken Democrat whom you can do business with. This — and here I speculate, wildly — is likely why that other Jeremy Lott from Washington state opened his doors to fundraise for the man.

Jeremy Lott is a writer, not a clothier.