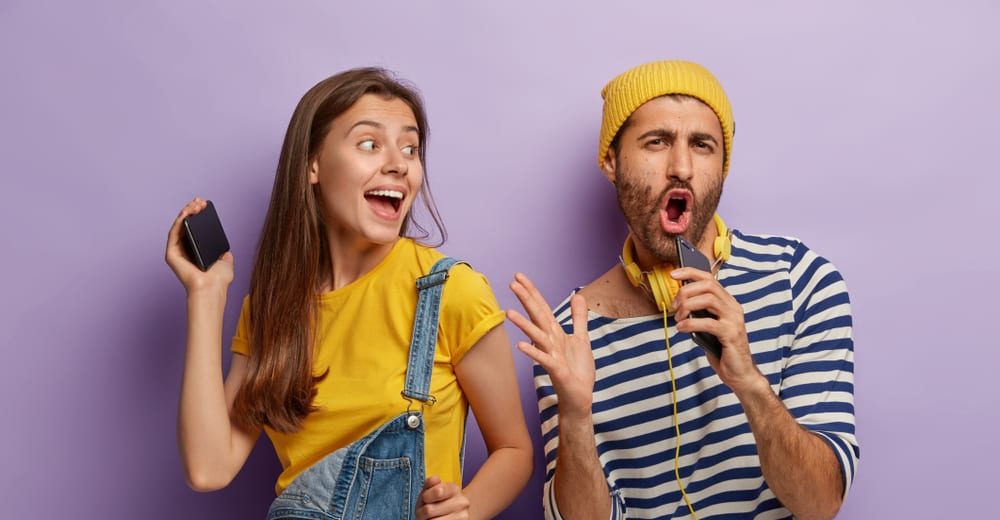 A few lifetimes ago — meaning a few months ago — when cramming into a diner on a Sunday morning remained obligatory rather than forbidden, a spirited, intergenerational debate erupted as a result of behavior regulated by Miss Manners rather than Dr. Fauci.

“You need to put in earbuds,” I instructed a young man whose music disrupted conversation with my brunch companions. “Mind your own business,” he responded. Instinctively, I rose, approached, and informed him that he made his music my business by opting to blare it. “You don’t know me,” he repeatedly retorted in non sequitur and self-parodic fashion. “I don’t want to know you,” I replied. “I want you to turn off your music.”

“Music” seems a generous characterization of the sounds emanating from his gadget. Still, whether one’s private stash of Kanye or Corelli invades a public space, the principle remains the same: do not do what you would dislike if someone else did what you are doing. But what we hear and see often depends as much on the seen and heard as it does on the seer and hearer. I saw him as born too late to fulfill his destiny on a late-1990s tabloid talk show; I saw that he saw me as a cross between Walt Kowalski in Gran Torino and Tom Anderson from Beavis and Butt-Head.

Not since that fight in Superman II had such drama captivated the lunch-car crowd. Nobody cursed or yelled or laid hands on another. But the tense conflict captivated onlookers and adrenalized participants. One stranger seconded my view. I stood down by sitting down after spotting the music aficionado’s girlfriend, whose face dictated that I let him save face. The last-word rebuttal came from the waitress behind the counter. Not unlike when Roddy Piper and Cowboy Bob Orton turned on Paul Orndorff after WrestleMania I, the employee issued an apology to the man playing the music, which had struck its coda anyhow. Annoyed, perhaps by my usurpation of her prerogative or the size and age differential between the debating partners, she doubled down.

The waitress again apologized (with only the counter standing between us) for my behavior, this time more loudly and demonstratively, by looking at the still-mumbling young man but performing for the whole diner. His bravado, to assure the out-of-his-league inamorata of his alpha status, made sense; hers, given her dependence on paying customers, did not. I explained to the mean-mugging waitress that this restaurant was not for us, we abandoned our drinks, and without Karening off to see the manager or deigning to submit a revenge review on Yelp, I exited alongside my amused sidekicks.

The showdown lasted perhaps a minute. It proved unsettling for far longer. The waitress’s reaction bothered more than the offender’s action. Rising and approaching the young man did not present the type of example I try to set for my young companions (though it resulted in the music going from 11 to zero). This objective achieved through objection came at too high a price. My dignity, his manhood, the girlfriend’s respect for her beau, and the waitress’s wages all suffered a blow.

This unpleasantness, pitting my aversion to noise against a reluctance to butt in, leaves me less likely to again order earbuds. Days afterward, I spotted a man with a neck tattoo playing his iPhone at the supermarket meat counter; not feeling trapped as I did in the crowded diner, I smartly walked away. Yet, the more we tolerate such encroachments, the more we should expect them. Perhaps the young man thinks the same thing about my intrusion at the diner.

Manners, unlike laws, offer no promulgated, binding, written code. Some may bridle at others’ fondness for issuing loud, creative combinations of swear words. But no fixed law, only evolving custom, guides one away from the course of coarse speech — or loud music in confined public places, or sitting next to someone on an empty bus, or staring at strangers in close quarters for prolonged periods. Given the ubiquity of socially retarding gadgets, the generation raised on them may regard their loud usage as normal and an entreaty to stop favoring their own entertainment over others’ comfort as the violation of good form (and regard the bus-sitters and stranger-starers as perfect citizens as well). It’s their time. You just live in it — and as a guest, so act accordingly. Did the loudness upset or the loud reminder that you live in sagging-pants, screeching-iPhone, neck-tattoo guy’s world?

Eric Hoffer, who once made his daily bread at a lunch counter before eating his daily bread there, probably could corral unanimity among the disputants with this observation: “Rudeness is the weak man’s imitation of strength.” Alas, on what constitutes rudeness the players surely must agree to disagree. Good manners, which never insist, insist.