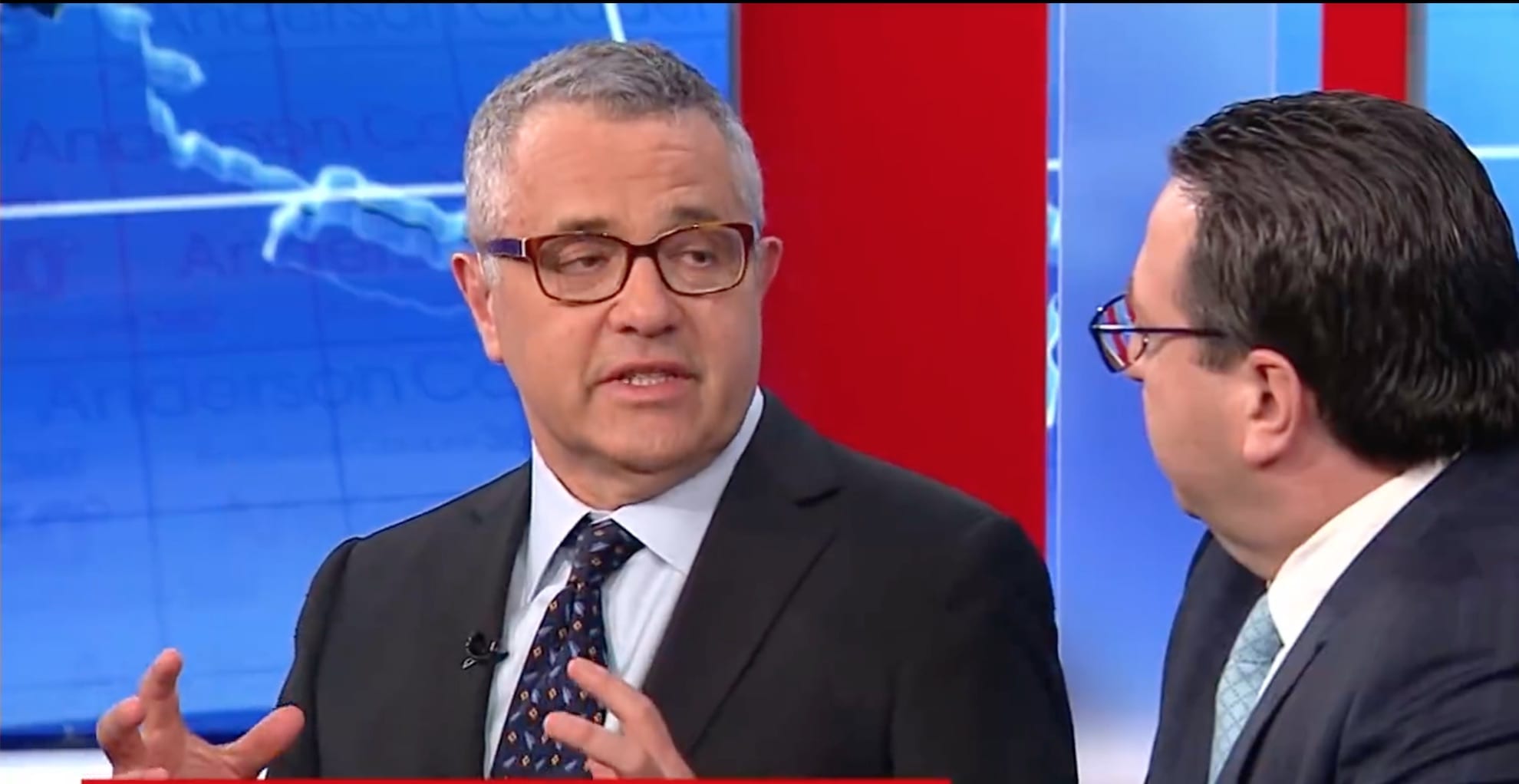 Hillary famously shouted during the throes of the campaign, “Why am I not up by 50 points?” No doubt the media feels similar rage as it pores over Trump’s latest job approval numbers, which have actually gone up since February, according to CNN: “42% approve of Trump, highest in 11 months.” The CNN correspondent, grudgingly reporting these numbers, chalked Trump’s staying power up to the “economy.”

But in a reversal of the Clintonian adage, it is not the economy, stupid, around CNN these days. It is the sex scandal. Womanizing pundits and louche-living hosts profess shock at Trump’s behavior. They act like it is all so incomprehensible to them. Jeffrey Toobin likes to crank up his wind machine about Trump’s lack of integrity, but not so long ago Toobin’s squalid personal life was tabloid fodder. He was cheating on his wife with former CNN correspondent Jeff Greenfield’s daughter, impregnated her, then (unsuccessfully) put pressure on her to get an abortion, according to the New York Daily News in 2010.

“Jeff and Casey [Greenfield] saw each other off and on over the years,” says one source. “She was married to someone else for two years. After her divorce, she started seeing Jeff again. He said he was going to leave his wife for her. But, by then, Casey had begun to distrust him. She suspected he had several other mistresses.”

In 2008, when Greenfield became pregnant, and when she told Toobin the news, he offered her “money if she’d have an abortion,” says a source. He also allegedly offered to pay for her to have another child later via a sperm donor.

“When Casey wouldn’t have an abortion, Jeff told her she was going to regret it, that she shouldn’t expect any help from him,” claims another source.

Greenfield underwent a risky DNA test while pregnant, but Toobin didn’t provide his sample and stopped talking to her, according to sources. On the day she gave birth, Greenfield e-mailed Toobin, inviting him to meet his son, Rory. A source says Toobin didn’t reply.

How come the angry gods of me-too feminism haven’t gotten around to smiting Toobin? Oh, that’s right. He works for CNN. He enjoys that special immunity accorded members of the self-appointed ruling class. The Toobins look out for each other. Just ask Ryan Lizza, who resurfaced at CNN after the New Yorker sacked him for alleged goatishness, prompting the Washington Post to note:

The restoration of Lizza to his punditry duties marks quite a turnabout from December, when his employer issued this statement: “The New Yorker recently learned that Ryan Lizza engaged in what we believe was improper sexual conduct. We have reviewed the matter and, as a result, have severed ties with Lizza. Due to a request for privacy, we are not commenting further.” Lizza’s name popped up in the controversial and once-privately circulated “Sh—y Media Men” list with the cryptic allegation of being “creepy af in the dms,” apparently a reference to unwanted direct messages on Twitter.

But why should any of this stop CNN from providing near-hourly coverage of whatever Trump was up to eleven years ago? It is still not clear what exactly that entails. Maybe Toobin could enlighten us on whether or not a single consensual act qualifies as an “affair” to be enumerated among feminism’s index of patriarchal offenses. It was humorous to see the greasy lawyer of Stormy Daniels insisting on the relevance of her story while simultaneously describing his opposition research for Rahm Emanuel as old news. Why, he hadn’t talked to Emanuel “since 2007,” he said. In other words, the year after Stormy Daniels said she trysted with Trump. Naturally, he wasn’t pressed on the matter.

The media’s coverage of Trump is like a nuisance suit that never ends. But instead of finishing Trump off, it wins him enduring sympathy. People turn on CNN and see correspondents who have divorced each other (John King and Dana Bash) reporting with such gravity about Trump’s broken vows and what all of that means for poor Melania, right before, of course, they humiliate her anew by whipping up yet another report on Stormy Daniels.

How can anybody take these frauds seriously? Watching a decadent ruling class’s shunning of Trump, the American public finds itself in the position of Nick Carraway in The Great Gatsby. They can see at once Trump’s flaws and his supposed betters’ even greater ones.