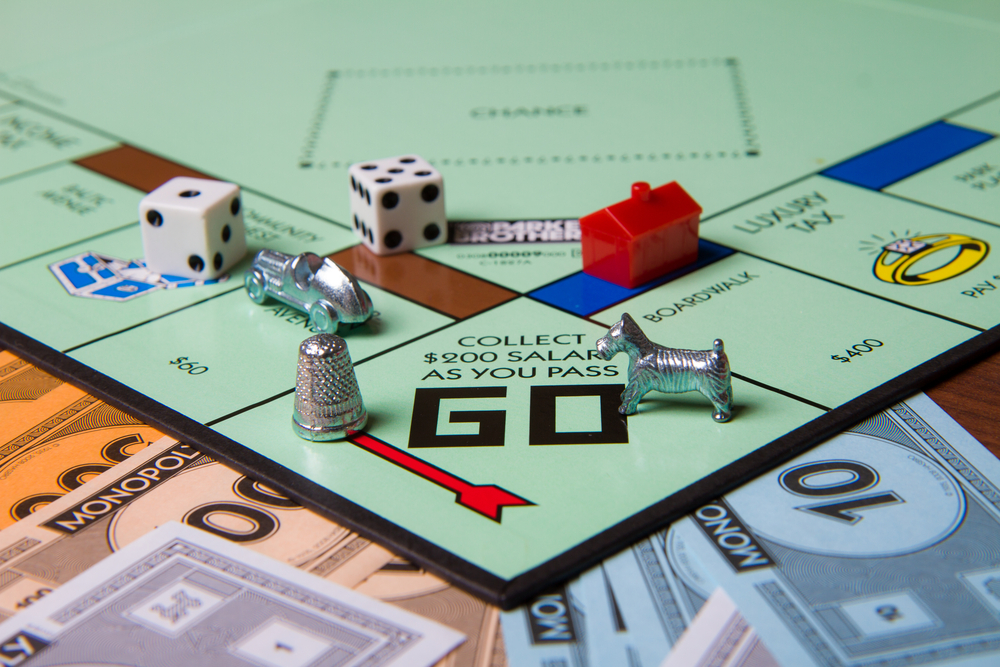 Monopoly is going directly to Woke, not passing Go, and not collecting $200. This is the lamentable news from Hasbro, America’s latest victim of vacuous corporate woke consciousness. Monopoly’s makeover is yet another step in the Left’s forced march to turn our pastimes into nap times by seeking to expunge fun in the name of social justice.

Hasbro, owner of the rights to Monopoly, recently announced “long overdue” changes to the classic game. Targeted for a “refresh” are the 16 Community Chest cards that give players whimsical consequences when they land on the designated squares. Focusing on “community” and abandoning continuity, Hasbro has asked the public to vote on new cards. Presumably, the public will not be allowed to vote for Hasbro to keep its unctuous stupidity to itself.

Parker Brothers (who are now undoubtedly turning in their graves) first began marketing Monopoly in 1935. Released in the Depression’s depths, it offered cheap entertainment. It also offered escape: At a time when money was hard to come by and buying and selling all too uncommon, Monopoly doled out its own dollars to players for buying and selling sprees.

The game far outdistanced its Depression roots, proving immensely popular over the decades — so much so that it is sold in over 100 countries and offered in 37 languages. Much of its appeal stems from its dated, but now timeless, quality. Its monetary sums remain frozen in Depression-era amounts, and players still traverse bygone Atlantic City landmarks. Timeless, that is, until now … and Hasbro’s untimely timeliness.

The irony in wokeness coming to Boardwalk is that the main purpose of the game itself is being left untouched.

Before we abandon the dapper Rich Uncle Pennybags (Mr. Monopoly’s actual name) to a dour redistributive Aunt Social Justice, we should pause for a moment’s reflection. After all, the offenses caused by the Community Chest cards can be hard for the eye of the non-woke to see.

“Bank error in your favor” and “street repairs” seem benign enough. Is it the “doctor’s fees,” which presumably should be covered by a government-run health system? There is “sale of stock,” which smacks of the one-percenter and “Xmas fund,” which is unambiguously religious. There is also “you inherit $100,” which the woke assuredly want to be hit with a confiscatory estate tax, and “school fees,” which reeks of private schooling.

One that of course offends the woke is the “second prize in a beauty contest” card. This sexist objectification of women must not be allowed to stand! Except there is one problem: The winner on the card is Rich Uncle Pennybags himself — a man! No matter — the woke are not about to let facts get in the way of a good rant, and anyway we all should be able to read between the misogynist lines here.

Of course, why stop at Community Chest? Undoubtedly the woke won’t. Monopoly’s Chance cards are no less offensive to the perpetually offended. The “go to jail” card is sure to provoke the Defund the Police crowd. The “chairman of the board” card is a woke no-no, as it epitomizes corporate business. And “pay poor tax” is simply off the woke charts for insensitivity.

Then there are the game tokens. The top hat personifies plutocracy, while the battleship is militaristic. Perhaps the houses can add those cloyingly annoying little yard signs that sprout like dandelions in liberal enclaves and testify to the elevated consciousness of their occupants.

The irony in wokeness coming to Boardwalk is that the main purpose of the game itself is being left untouched. Overlooking obvious contradictions is a woke hallmark, but even so this one is staggering. The game is, after all, called “Monopoly,” and its objective is creating one. On the way to victory, winners systematically destroy all the other players, taking all their money and property and leaving them bankrupt.

Nothing could be less woke or more anti-left than the game’s name or its intent. To the woke it should clearly glorify greed and cutthroat competition. That it is based on personal achievement should be detestable beyond description, along with its “all for one and none for all” ethos. Yet the woke have spoken not a word about the nature of the game itself.

Perhaps Hasbro can add a “tax the rich” card into its redesigned Community Chest collection? The player with the least assets could get 25 percent of all the other players’ money. Or, better yet, add a host of “get out of debt” cards and allow the bank to loan out money indefinitely. That way no one would ever have to drop out of the game, and the players could keep circling the board endlessly.

Woke sensibility will not be satisfied until it has transformed America’s favorite board game into a bored game. Ultimately it is always the woke goal to make everyone else feel miserable and guilty. And, of course, to make them pliable, willing to do and say anything so long as they can claw out a little bit of private peace and happiness — at least until the woke find out about it and come for that too.