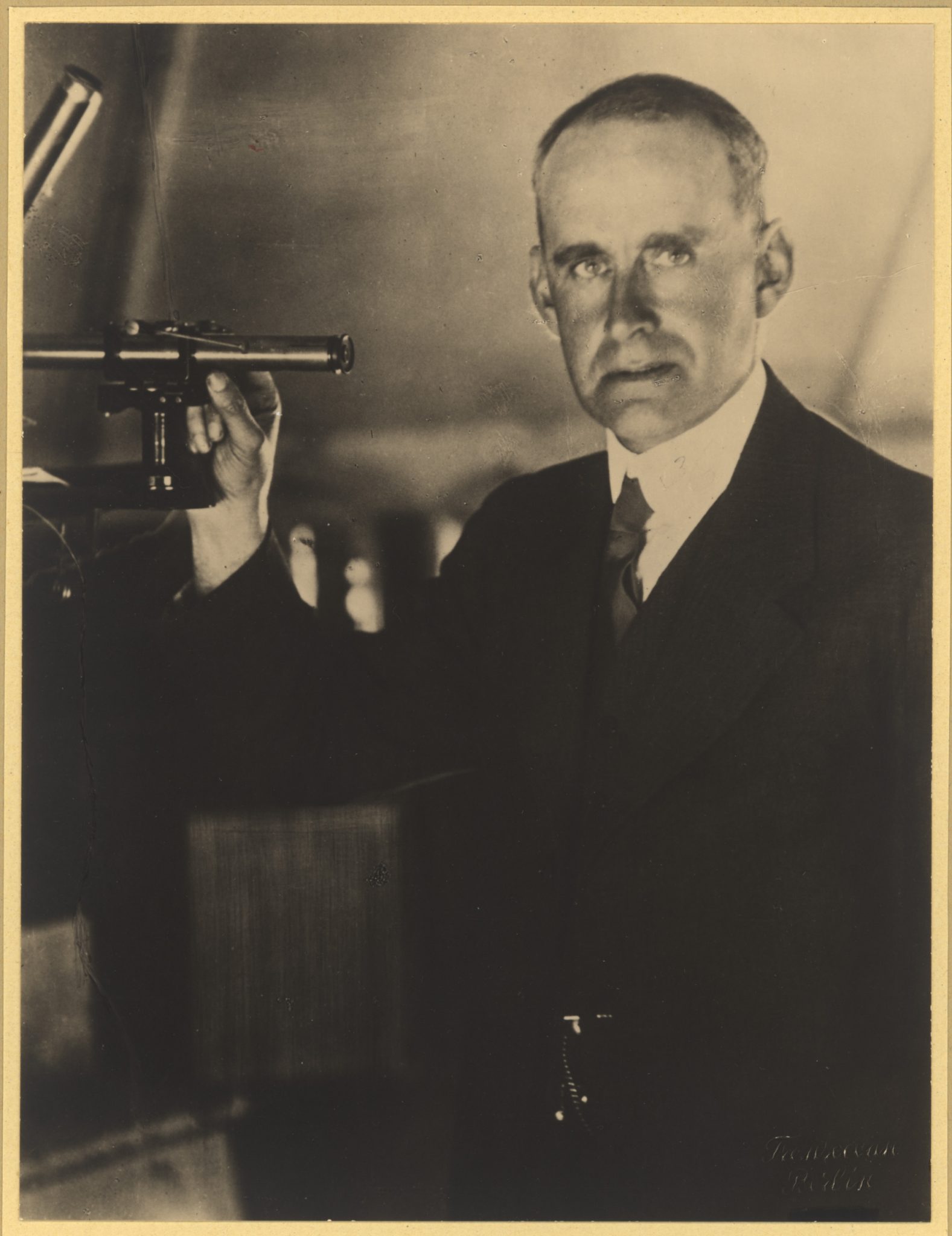 Sir Arthur Eddington was a cutting-edge physicist a century ago. He was one of a team who organized the observations of starlight during a 1919 solar eclipse that confirmed predictions made by Einstein’s General Theory of Relativity. It was his work that gave confidence that this theory was more than merely elegant, avant garde mathematics, but reflected testable physical fact.

Eddington was also a mystic. His mysticism was not a disavowal of science, but a rational affirmation of the limits of our rational mind.

Eddington related a parable to illustrate his thought. There once was an aspiring scientist who wanted to make a definitive study of marine life. He bought a boat and a great net with holes one inch in diameter. He dragged this net behind his boat, carefully exploring at a variety of depths. Slowly and methodically he moved forward, slowly making his way sea to sea, ocean to ocean. Every day time his net came up, he carefully measured his catch and painstakingly recorded every last fish.

As the world tries to come to grips with COVID-19, we can see the dangers of not recognizing the limits of our methodologies.

Years went by, and he amassed a tremendous amount of data. He returned home, analyzed his results, and convened a meeting of the scientific society to make a momentous announcement: “After great exertion and painstaking, methodical work, I can in all confidence tell the world that nowhere does there exist any fish less than one inch in diameter!”

Eddington the physicist was not using this parable to undermine science. He believed in its worth and participated in it at the highest level. He was no dilettante.

His parable, rather, helps to define science more clearly. Many of the claims made in the name of science are not scientific. It is not enough to gather data, to have a list of facts — one’s conclusions must be strictly justified by the facts. One must be critically aware of the limitations of one’s method.

Every investigation places a focus on a certain group of phenomena to the necessary exclusion of everything else. And one’s interpretation must reflect this by not extending one’s conclusions beyond that focus.

As the world tries to come to grips with COVID-19, we can see the dangers of not recognizing the limits of our methodologies. We want certainty. We know that science has brought us certainty in so many places, and we look for that here, as well.

But our information is incomplete. As Zeynep Tufekci wrote in the Atlantic on April 2, 2020,

If you’re flipping a coin, you’ll get four heads in a row about one every 16 tries, meaning that you can’t know if the coin is loaded just because something seemingly unusual happens.… With this novel coronavirus, there are a lot of things we don’t know because we’ve never tested our models, and we have no way to do so.

“No way to do so” — until we gather the data that is streaming in in ever-increasing quantities.

There is so much about the virus that we are learning only as we accumulate data, compile and analyze the results of treatments and strategies, and can use evidence to confirm or refute or amend the models we are working with.

Yet while the models are in flux, we must still make policy, whether for our individual lives or for the public places of our workplaces, our city, our state, our country. A scientific approach would recognize that any policy that we employ can be defend as scientific only if it reflects an awareness of its provisional character.

As Eddington knew, we live in the bright focus of civilization, surrounded by that which is mysterious and not focused and beyond our control. If we follow out the implications of Kurt Gödel’s Incompleteness Theorem, any system of thought we build will always have to rely on things beyond it. We live inside the irreducible mystery of the whole, Eddington was telling us. This he knew was the key not only to what religion is about at core, but also to the definition of good science.

It’s good life advice outside the laboratory, as well. Listen a little — or a lot — more before we offer our two bits, on this or any other issue. We each have the data of the truths of our lives, lives not reducible to the confines of any brilliant idea or system. Democracy is where we talk and continue to talk, and, through the shared conversation, reset our model of what we should be each day anew.

Parliament — comes from the root meaning “to talk.” We keep talking it out, and because each of us is given a say in our government by “Nature and Nature’s God,” by listening to each other.

Listen to the talk around us as we see our nation and our world engage in this process of listening and talking as we find our way towards healing our health and our economy together.