by Jeffrey Lord
Mitt Romney in 2016 (a katz/Shutterstock.com) 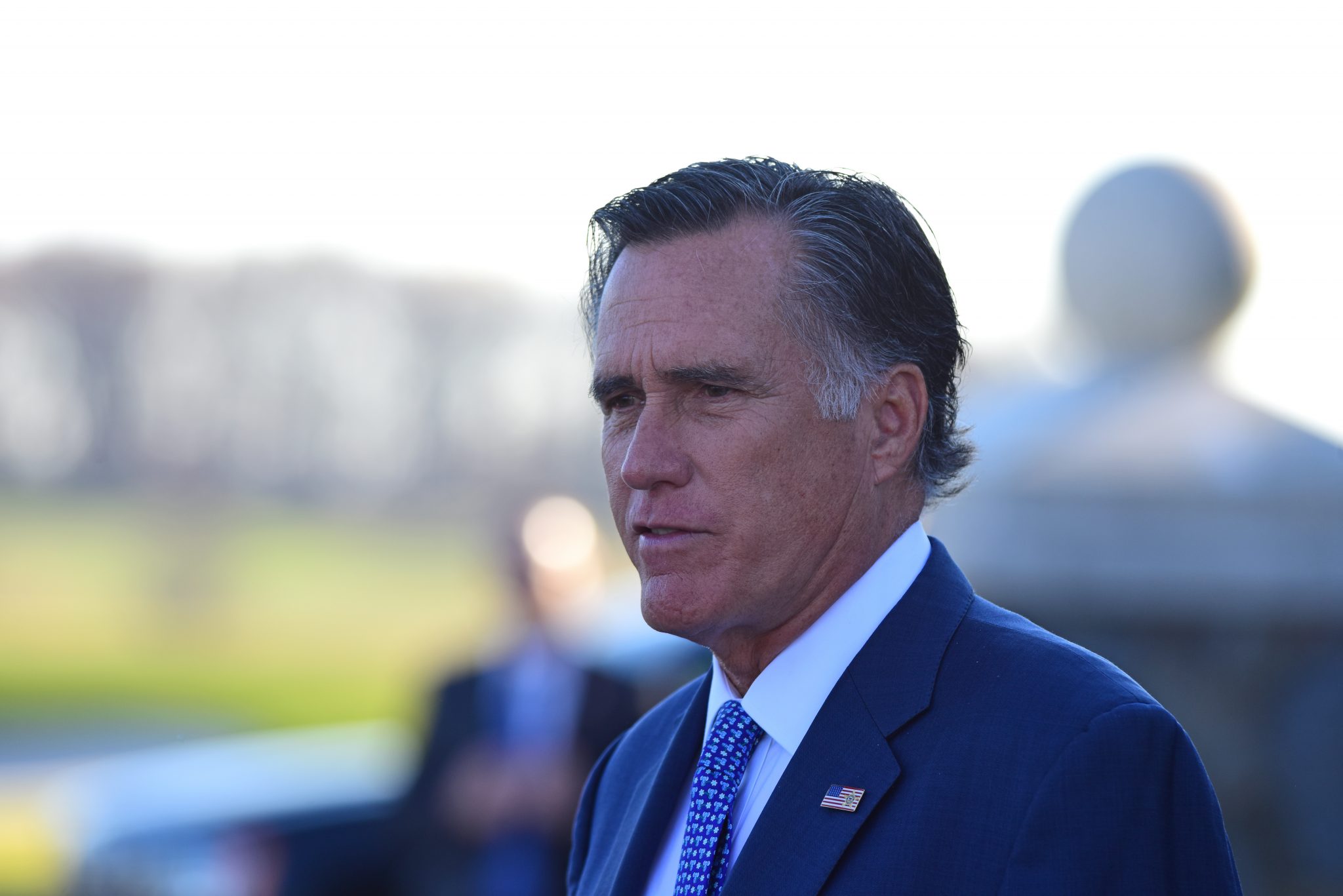 So let’s get this straight.

President Trump, in the style of previous presidents with names like Obama and Clinton, commutes the sentence of Roger Stone, a longtime Trump ally and ally long before Trump of presidents Nixon and Reagan.

Here is the Wall Street Journal on the subject:

Of Pardons and Presidents

Trump’s clemency for Stone has nothing on Clinton and McDougal.

Says the WSJ’s editorial board:

Say this for President Trump’s commutation of Roger Stone’s 40-month prison sentence late Friday: At least he did it during an election campaign so voters can add this to the ledger of character issues they take into the voting booth. Like everything else about this Presidency, its scandals, real and imagined, are public.…

As for the cries of “corruption” and “cronyism,” join the presidential club. Mr. Trump views the world in terms of political friends and enemies, and the commutation rewarded a friend. That is an abuse of the pardon power in our view, but we recall Bill Clinton’s last-minute January 2001 pardon of Susan McDougal, who went to jail for contempt rather than tell prosecutors what she knew about Mr. Clinton’s Whitewater transactions. Worse, Mr. Clinton made public comments in the autumn of 1996 that suggested Ms. McDougal could expect the pardon she received. That history is now whitewashed away by a press corps that talks as if the pardon power was a sacred trust before Mr. Trump took office.

Mr. Trump is also scored for not following Justice Department protocol on pardons, but that’s precisely what Mr. Clinton did in pardoning Marc Rich in 2001. Does anyone recall that Barack Obama commuted the sentence of an unrepentant Puerto Rican terrorist who had become a cause celebre on the political left, and of Chelsea Manning, whose leaks jeopardized American troops and Afghan translators fighting the Taliban?…

Nancy Pelosi claims to be so upset by the Stone commutation that she’s considering legislation to restrict the President’s pardon power. She surely knows that no Speaker of the House is above the law, which means Article II of the U.S. Constitution that makes the pardon power as close to categorical as anything in the great document. For some reason, she never introduced such a bill when Democratic Presidents were pardoning their friends.

Over at the Heritage Foundation, Senior Fellow Mike Gonzalez noted this back there in the wilds of January 2017. The headline:

In 1999, a year before Hillary Clinton was elected to the Senate from New York and a decade and a half before emails helped destroy her presidential ambitions, an adviser to her husband’s administration sent an email about proposed pardons of imprisoned Puerto Rican terrorists.

The pardons would be “fairly easy to accomplish and will have a positive impact among strategic communities in the U.S. (read, voters),” wrote Mayra Martinez-Fernandez, an adviser to the White House Working Group for Puerto Rico, according Debra Burlingame in The Wall Street Journal. Get that? Voters. Clinton, to be sure, issued the pardons.

Communists celebrated the pardons then, just as they did yesterday from Canada to Colombia to Cuba when President Obama commuted yet another convicted Puerto Rican terrorist’s sentence. But Martinez-Fernandez’s email still holds the clue. The president’s action carries the same unavoidable whiff of playing identity politics with a key voting bloc of the Democratic Party. In fact, you have to go back to Lyndon Johnson to find the last Democratic president who, in his waning days in office, didn’t spring from prison a Puerto Rican convicted of terrorist acts.

The beneficiary of Obama’s commutation this time is Oscar Lopez Rivera.

So with all of that well out there on the public record, up steps Utah’s Republican (?) senator to say this:

Unprecedented, historic corruption: an American president commutes the sentence of a person convicted by a jury of lying to shield that very president.

Hello? As the WSJ points out, there was zero — zero — “unprecedented” in the Stone commutation. Presidents Clinton and Obama pardoned their political allies without blinking. Clinton’s pardons not only included, as the WSJ pointed out, political pal “Susan McDougal, who went to jail for contempt rather than tell prosecutors what she knew about Mr. Clinton’s Whitewater transactions.” But, as was later true of Obama, Clinton went out of his way to pardon outright terrorists. As Obama’s aide noted, the reason to do so was that it would be “fairly easy to accomplish and will have a positive impact among strategic communities in the U.S.” The latter, of course, meaning the Puerto Rican/Latino vote in various U.S. cities and states. As Gonzalez also noted, Democrat Jimmy Carter pardoned “three Puerto Rican terrorists who shot at members of Congress” while the number of pardoned Puerto Rican terrorists for Clinton would climb to 12 in number.

In 2010, on the verge of his second run for president, Romney released a book titled No Apology: Believe in America. In which he mentioned not a word — not a solitary word — about the Clinton pardons for pals and terrorists. The Obama pardon of convicted terrorist Oscar Lopez-Rivera would not come until, but of course, Obama was leaving office. (Which raises the question: What did Joe Biden know about the pardon of a Puerto Rican terrorist and when did he know it? Not to mention does Biden support it now?)

What Romney has displayed here — and not for the first time — is either a complete ignorance of this history of Democrats and pardons for pals and terrorists. Or, in view of his silence on Clinton and Obama’s pardons, a hate-Trumpism that is so breathtakingly cynical that he accepts that it was just no big deal when the two Democrat presidents did precisely this — and it was OK because they weren’t Trump. Which would explain why Romney never managed to speak up in opposition.

This issue, in fact, goes far beyond the commutation/pardon issue. It goes straight to the heart of a weak-kneed GOP Establishment that is unbelievably feckless, if not corrupt.

Or, to borrow from Romney, “historically corrupt.” Which is exactly why Donald Trump was nominated by Republicans in the first place.