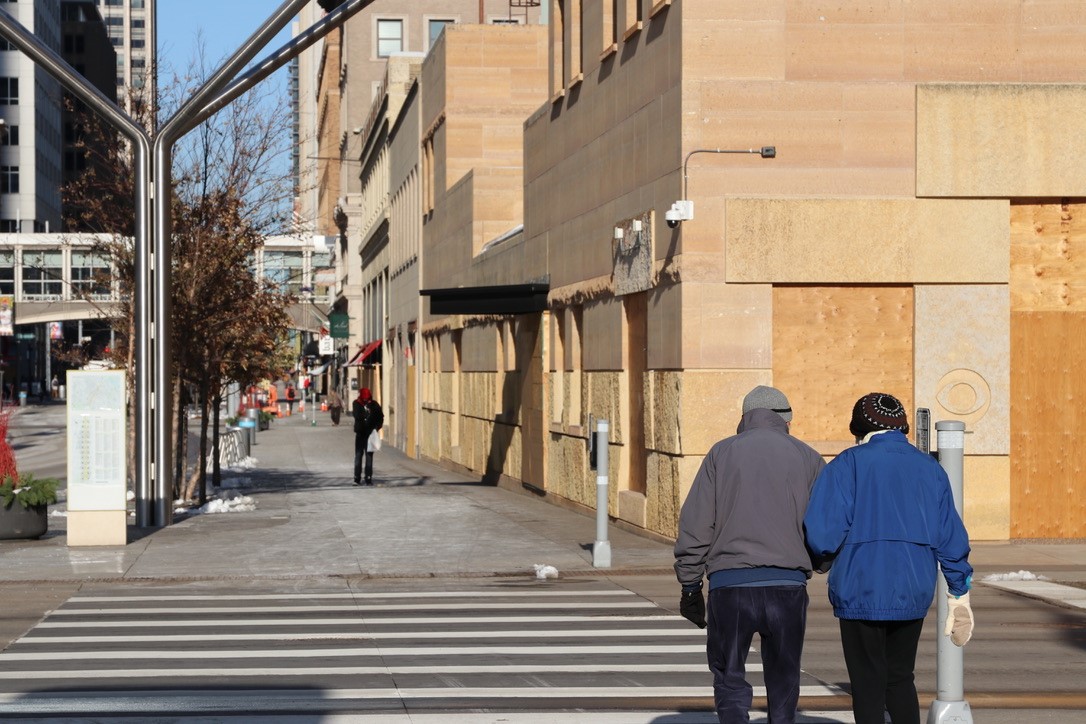 For five days and nights following the death of George Floyd on May 25, the city of Minneapolis was the scene of riots, arson, and looting. A two-mile stretch of Lake Street, located twenty blocks south of downtown, was almost completely burned. Local politicians’ reactions to the riots were sympathetic: officials expressed solidarity with the rioters’ concerns, the Minneapolis Police Department’s Third Precinct station house was abandoned to the rioters, and force adequate to end the violence, in the form of the National Guard, was not used for several days.

Minneapolis’s City Council responded to the Floyd riots by vowing to defund the city’s police department. Lacking legal authority to do that, the Council passed a measure that would put defunding the department on the ballot at this year’s election, an initiative that the city’s Charter Commission mercifully tabled. Nevertheless, retirements and disability claims have significantly reduced the police department’s manpower. A group of Minneapolis residents, mostly black, have sued the city, alleging that the number of police officers has fallen below the legally required minimum.

In the three months after the riots, there were forty homicides in Minneapolis, an increase of 150 percent over the average of the previous five years. Violent crime of all types spiked, and gunfire was reported at dozens of locations around the city.

Then, on August 26, rioters attacked the Nicollet Mall, the heart of downtown Minneapolis. The Target store on the ground floor of Target Corporation’s headquarters was sacked. Arsonists burned a popular bar. Looters smashed the windows of department stores and walked out with armloads of merchandise. Law enforcement was more or less absent. Since then, an uneasy peace has settled over the city, while crime continues at elevated levels.

Liberal neighborhood groups in the city initially pledged not to call the police in response to crime, sharing the view of the president of Minneapolis’s City Council that calling 911 “comes from a place of privilege.” But reality eventually intruded, and the Council summoned the city’s Chief of Police, demanding to know what he was doing about rising crime. Most recently, the city is contemplating bringing in officers from the Hennepin County Sheriff’s Office and the Metro Transit Police to supplement the city’s depleted police force.

Today, Lake Street remains a burned-out ruin. It will take around $500 million to rebuild the destroyed blocks, and there is no apparent source for that kind of money. Downtown Minneapolis is a ghost town where the homeless outnumber businesspeople and shoppers. Crime isn’t the only reason, of course — many businesses had already begun working remotely before the May riots. But COVID doesn’t explain the boarded-up storefronts along Nicollet Mall or the reluctance that many feel to set foot in the city.

Polling by the Center of the American Experiment in September found that the riots and the crime that followed have made a deep impression not only on residents of Minneapolis, but across the state of Minnesota. For the first time in such surveys, the state’s residents identify “personal safety” as their number one concern. Of those who listed safety as their top concern, 54 percent said they have little or no confidence in current state and local officials. And 72 percent of non-Minneapolis residents said that if the city’s police department were defunded, they would be less likely to enter the city to eat dinner or attend sports events and concerts.

Minneapolis’s future is very much in doubt. Over the years, the city’s reputation as a desirable place to live, based on low crime, a progressive business environment, and a culture friendly to families, has helped to make up for what many see as a less-than-optimal climate, featuring long, cold, snowy winters. But that positive image has been badly damaged by the riots that were televised into homes across the country, and reputations once lost are hard to recover.

The city’s economic situation is troubling, as well. In recent decades, the Twin Cities metropolitan area, of which Minneapolis is the business hub, has experienced below-average economic growth. The area persistently loses middle- and upper-income residents to other states, while attracting low-income residents. Rioting, looting, and arson — and, perhaps worse, a perceived inept response to those crimes by city and state officials — can only accelerate that demographic trend.

A more immediate concern for the city might be a drop in convention business. Once the COVID situation improves enough to resume meeting in person, it is hard to imagine event planners around the country choosing Minneapolis for their annual meetings or sporting events. According to Meet Minneapolis, conventions and sporting events such as the Super Bowl attracted 34.5 million visitors in 2019, supporting 37,091 jobs and adding $8 million to the city’s tax coffers. The city also relies on hospitality taxes to pay the debt on major infrastructure projects such as Target Center and the Minneapolis Convention Center. Massive drops in revenue from these sources will start a domino effect on city resources that won’t get better until the city’s reputation improves enough to attract future events.

Many wonder when, if ever, downtown Minneapolis will be restored to its former vitality. Office buildings now stand empty, and local businesses seem to have little interest in bringing their employees back to the city. Target Corporation has announced that it will not bring employees back to its corporate headquarters until June 2021 at the earliest. Piper Sandler, a major investment bank, is publicly reported to be mulling a move out of the city. Some smaller companies have already announced that they are leaving the city for suburban or other locations, and a recent survey by the Downtown Council identified forty-five businesses that are either no longer considering moving to downtown Minneapolis or are looking to leave.

There may be worse yet to come. Leasing companies reportedly are predicting that as current leases expire, or termination clauses can be invoked, there will be a massive exodus from Minneapolis office buildings.

Throughout its history, Minneapolis benefited from business leaders who were actively engaged in civic life and who played the leading role in driving economic development. But times have changed. The current generation of business leaders are, for the most part, not natives, and are not disposed to get involved in public affairs in any way that could be deemed controversial. Thus, the city’s business community has been virtually silent in the face of a crisis that has both public safety and economic dimensions.

Will Minneapolis recover? Not under its current leadership. The city’s experience over the last six months demonstrates the inadequacy of feel-good liberalism to deal with serious issues of violent crime and economic stagnation. Unless Minneapolis’s residents are willing to vote for a different sort of leadership in next year’s city elections, little is likely to change.

John Hinderaker practiced law for forty-one years and now is President of Center of the American Experiment, a Minnesota-based think tank. John co-founded the website Power Line in 2002 and has appeared as a commentator on NBC, CBS, Fox News, CNN, CNBC, and Sky News Australia, and is a frequent guest and guest host on national radio programs.