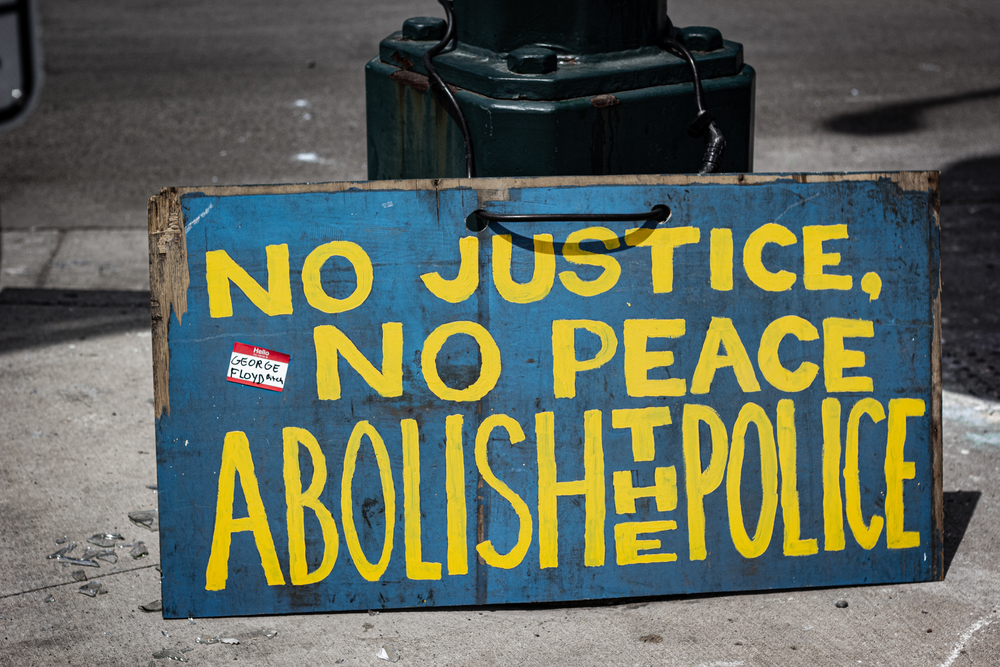 I’ve come up with a lot of excuses for not going to the gym over the years. But I think “the police closed it down” is one I’ve never used before.

I live near Brooklyn Center, Minnesota, you see. And the gym where I’m a member is in the very shopping complex where the rioters were busy being mostly peaceful Sunday night. I’d like to report to you whether or not the gym is still closed, but I have no plans to drive over there soon. I am not a fearless, frontline journalist. I am one in spirit with those old war correspondents who used to send dispatches from the hotel bar. Except I’m staying away from bars too. This dispatch comes to you from the security of my living room.

I haven’t written much for The American Spectator since the Troubles began. I’ve thought about it a lot, but I always try to keep things light in my pieces, and these are not light times. I am not a pundit, nor the son of a pundit. I have no expertise in … pretty much anything, except novel writing, Vikings, and Norwegian translation. I try to take myself lightly because I’m a lightweight (except on the scale).

So what’s it like living in Minneapolis these days? I think I’m not alone in feeling a sense of dread (I almost said “existential dread,” but that’s an affectation). I suspect even my black neighbors (whom I’ve been encouraged by the media to view as enemies now) feel pretty much the same dread. We hold our lives and our property on the sufferance of a mob. Under these circumstances, keeping your head down is advisable.

I’ve been watching the Atlantic Crossing miniseries on PBS Masterpiece. It tells the story of the Norwegian royal family during World War II. I couldn’t help being especially moved by the first episode, in which the Norwegians, secure in their geopolitical obscurity and history of neutrality, keep telling each other — with feigned confidence — that no one has ever attacked a neutral country, and the British would never allow a German invasion. Then suddenly the Germans are there, and they find themselves on the run — their faces reflecting the stunned realization that the things that could never happen have happened, and their lives have been altered forever.

There are those who will call me paranoid, but when I see people marching in the streets of my community, promoting an ideology that makes race a moral category, I see a parallel. When I see store windows broken, people singled out and bullied for their political views, and books banned, when I hear that criticism of the government must be muzzled due to a national emergency, I see a parallel. When I’m told that passion, not reason, must guide our policies, I see more than a parallel.

What’s there to say about George Floyd and Daunte Wright that hasn’t been said already? I mourn their deaths and grieve for their families. Neither one deserved to die. But I also think their tragedies are being opportunistically exploited by a racial grievance racket with a vested interest in destruction. And for some reason — very likely divine judgment for our sins, some of which are surely sins of racism — the epicenter of the current destruction has settled on my community. People of all colors will suffer without deserving it. Will I be one of them? Time will tell.

I’ve been reading the Book of Isaiah lately. Most Americans today know nothing about Isaiah. Those who do generally know him from prophetic texts read during Christmas services in church. But Isaiah is no Dickens or Dr. Seuss. His book has long dark stretches, written during the decline of a nation. Isaiah sees moral decay, religious syncretism, and political corruption metastasizing at home, even as foreign powers expand their empires in their direction:

Like so much of the Bible, this passage reads differently to different people. Leftists will find the heart of its message in the corruption of justice to deprive the innocent of their rights — the innocent being understood to be racial minorities as a class. I see the point as more about confusing good and evil. A society that divorces itself from absolute moral standards, so that good and evil are left to private, subjective judgment, is a society in which everything will finally devolve into a pitiless struggle for power. Leftists have always understood this and encouraged it. They know that good people in general are more easily cowed than bad people.

I recall a group conversation in college, long ago. Somebody asked us all, “What do you see yourself doing eventually?” And I answered, “Prophet of doom.” Because I’m a wiseacre.

But what do you know? Here I am.