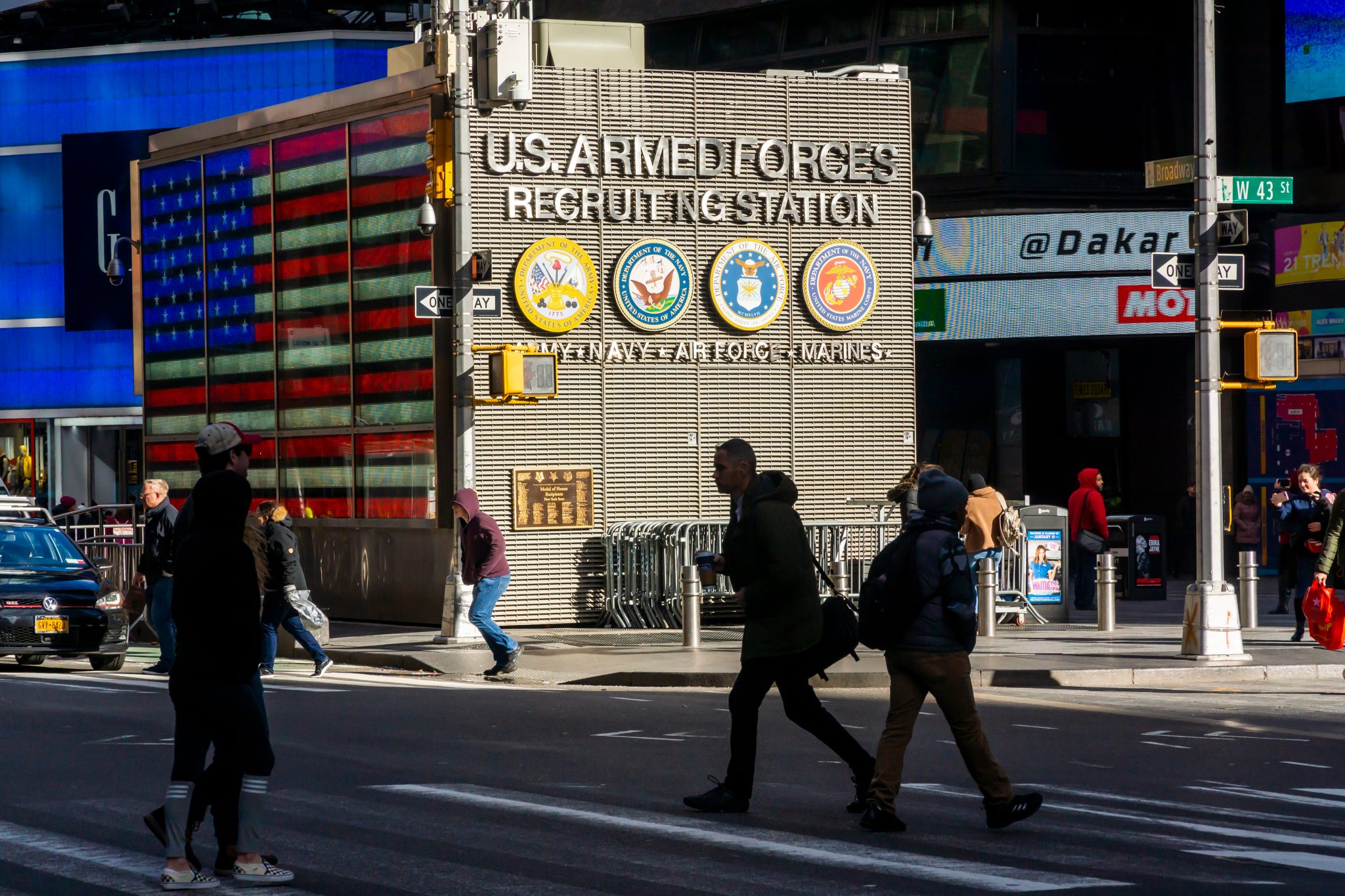 Given that the $15-per-hour minimum wage is applicable for all government contractors, when will that be applied to the military? Fifteen dollars an hour works out to about $31,200 annually. Currently, it takes a member of the military reaching pay grade E-4 — three promotions — with four years of service to make that kind of scratch.

A new enlistee currently makes just over $1,600 a month, or $19,227 annually. If you make the bold assumption that new recruits have a 40-hour work week, that puts them in at just under $9.25 an hour. Doing some back-of-the-envelope math, to stay competitive with the civilian workforce, a new recruit’s pay will have to increase over 60 percent. While the Department of Defense budget is massive, it is not so massive that it can easily absorb the associated rise in personnel costs.

On one hand, pay is not the only component in an enlistee’s compensation package; housing, medical, and educational benefits are also factors in attracting new recruits. On the other hand, there are the miserable living conditions during training exercises (Air Force excluded), the inherent danger in military jobs, the limitations on personal freedoms, and the routine 80- to 120-hour work weeks. But, as a bonus, you do get deployments where a sizable portion of the local population is actively trying to kill you. (One rarely gets that while working at a fast food restaurant — outside of America’s big cities, of course.)

While many factors impact the why of people joining the military, including Duty, Honor, and Country, one of the biggest reasons is sheer economics. When the economy is bad, the quantity and quality of potential recruits is higher. When the economy is good, recruiting historically suffers. If recent high school graduates can make 60 percent more in the civilian labor market, or get a free college education as some are calling for, then why would they enlist?

The Army, for example, has been struggling to meet its recruiting goals for the last three years. After failing to meet its recruiting goal in 2018, it took 700 non-commissioned officers out of units and put them on recruiting duty in 2019. It also lowered the actual number of recruits needed in 2019 and 2020 thanks to increasing the retention of soldiers currently serving. (I could be wrong, but I feel this had a lot to do with big reenlistment bonuses.)

Nearly 21 percent of the Department of Defense’s $685 billion budget last year went to military personnel ($143.4 billion). To keep the pay scale in balance, and to retain high-quality people in the military, that 60 percent raise will have to be applied across the board. Personnel costs alone will rise to $228 billion or close to 33 percent of the total defense budget. One can be tempted to dismiss these numbers as inflated, but to get people to join the military in the first place, or to stick around and make it a career, then the troops need to be paid the going rate, if not more.

To make up the $85 billion shortfall, overall defense spending would need to rise nearly 12.5 percent to $770 billion, which is highly unlikely under this or any other “peacetime” administration. The more likely answer is that something has got to go. Actually, a whole lot of somethings. For example, completely eliminating the Marine Corps would save only $47 billion, leaving another $38 billion that would have to be cut. While it is unlikely that we will scrap the Corps, you begin to see the scale of the problem.

So, what goes? Force structure? We are facing an increasingly aggressive and modernizing China and Russia, so cutting the number of troops would send an easily misinterpreted signal to our competitors and allies alike that America is pulling off the world stage. Modernization? Our two main ground combat systems, the M1 tank and the M2 Bradley, are both around 40 years old. Despite ongoing retrofit programs, the need to completely replace these vehicles is coming sooner rather than later. Research and development? Integrating breakthroughs in communications technology, cyberwarfare, and drone technology will certainly shape the next battlefield, and we cannot get left behind. Readiness? If recent press accounts are true, the Army is having trouble keeping its operational readiness rate combat effective now, let alone after a stinging round of budget cuts.

All this comes at a time when we are involved in three wars — unless you want to throw in Korea, Kosovo, and the nation’s capital as well. This year’s defense budget is flat, and calls are already beginning to decrease future military budgets in light of the planned departure from Afghanistan (we will see/we will be back on that one). If this is the future of defense spending, then some painful decisions will need to be made about what to cut in order to pay our troops.