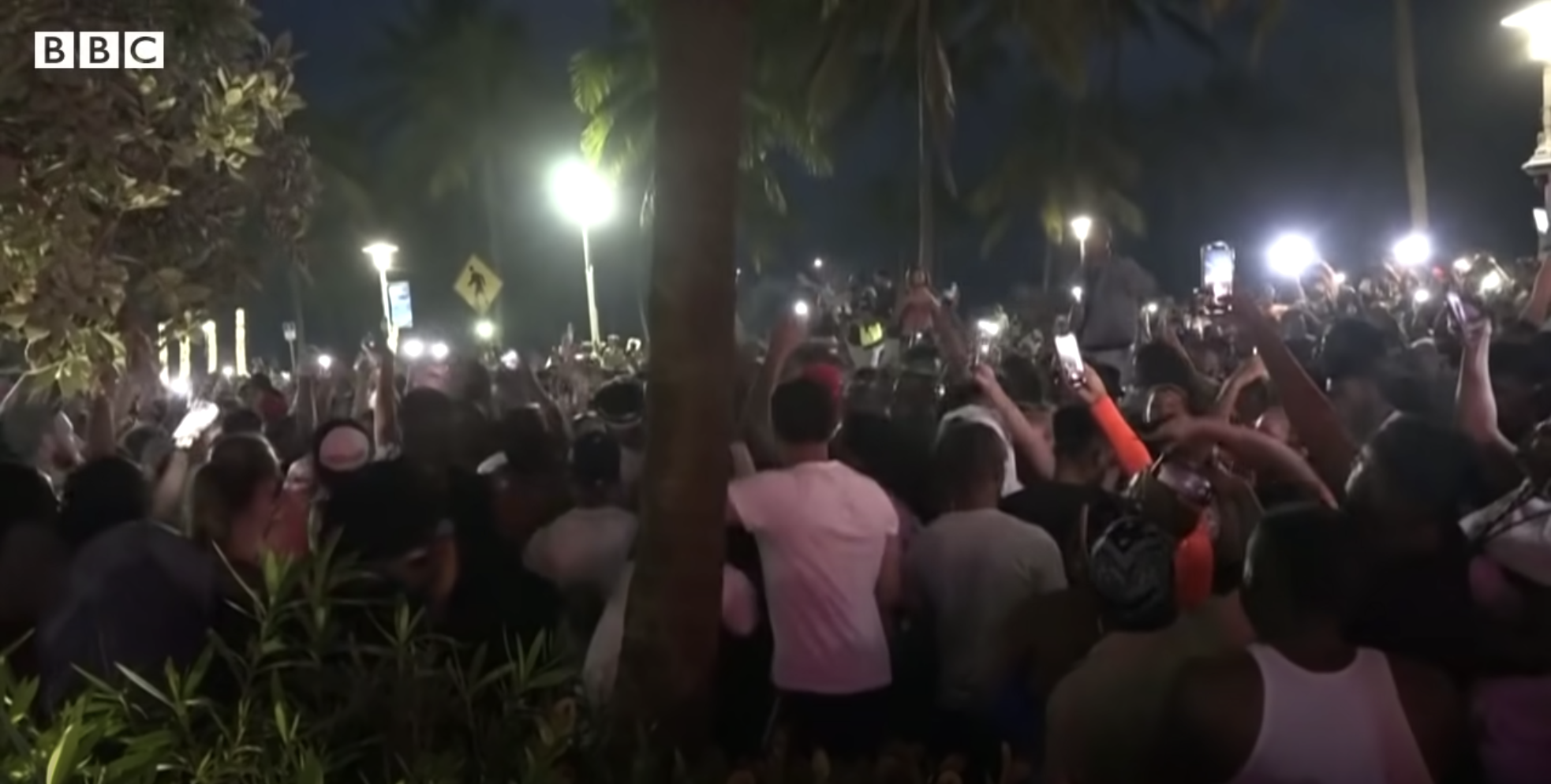 What a curious thing it must be to write for the New York Times. Your employer has cultivated an educated audience that knows less about what is really happening in America than does the average Joe, and your mandate is to keep that audience ignorant.

The recent chaos in Miami Beach presented an opportunity to do just that. If the three reporters assigned to the story — “Miami Beach, Overwhelmed by Spring Break, Extends Emergency Curfew” — had spent just an hour on Google, they would know what Joe knows. To get this story past their woke editors, however, they apparently had to pretend that Joe doesn’t know what he knows.

Joe, for starters, knows that this is not the spring break Connie Francis sang about. In fact, it is not a spring break at all. Traditionally, a spring break has actually been a “break” in the middle of a student’s semester that lasts about a week, maybe two. What’s going on in Miami has lasted about six weeks and counting.

If he follows local TV news, Joe knows, as one Miami station timidly acknowledged, “Miami Beach chaos isn’t all college spring breakers.” As one person wryly noted in the station’s comment section, “Wow … you just now figured out that these are not Spring Breakers? I was starting to think it was some kind of code word.”

The non-students included Dorian Taylor, 24, and Evoire Collier, 21, both from North Carolina. Police arrested the pair and charged them for drugging and raping a young woman and leaving her to die in a hotel room. The woman may have gone to Miami hoping to find, as Connie Francis advertised, “a smiling face, a warm embrace, and two arms to hold [her] tenderly,” but she found something chillingly different.

Joe knows from the amateur videos posted all over the internet that the “unruly revelers” — Timespeak — are almost to a person African American. At the Times, however, the savvy reporter turns a blind eye to the obvious if the obvious does not conform to one of the paper’s comically myopic narratives. Joe notices.

From the videos, Joe knows that what has troubled the authorities is not that these crowds have “ignored social-distancing and mask guidelines aimed at curbing the coronavirus” — more Timespeak — but that the revelers have engaged repeatedly in appallingly vicious brawls, indoors and out, several of them involving gangs of women. For Joe, “unruly” does not do justice to the act of repeatedly punching a woman in the head who lies senseless in the street. Nor does he find “unruly” quite the right word to describe the shooting and killing of another human being. That happened too.

Again, from the local news, Joe knows that police made more than a thousand arrests from February 5 through March 21. This includes nearly 400 felony offenses. He knows too that the police seized at least 102 firearms from Miami Beach streets and gave out more than 11,000 traffic citations.

None of what Joe knows made its way into the Times’ lengthy March 21 story. Although the headline is unobjectionable, the subhead sets the article’s tone: “The city has been criticized for its enforcement of the curfew in South Beach over the weekend, when the police used pepper balls to try to disperse crowds.”

Those critics do not include anyone living or working in Miami Beach. The comments section of the local media will tell you how these people feel — frightened, intimidated, disgusted. No, for critics the reporters round up the usual suspects: “local black leaders” content to parrot Democratic talking points. Indeed, were it not for the implicit racism angle, the Times would likely not have noted the revelers’ race at all. In its extended article, CNN didn’t, and CNN was the norm.

In defense of the revelers, Stephen Hunter Johnson, chairman of Miami-Dade’s Black Affairs Advisory Board, told the Times, “It’s the same group of kids that are in South Padre Island right now, except those kids happen to be white.” Joe knows this is nonsense. The reporters don’t seem to.

As in Miami Beach, thousands of spring breakers have crowded the bars and streets and beaches of South Padre Island in Texas. The Times has paid them no notice. The one local headline that held promise — “Shocking video of Spring Break in South Padre Island” — shows a huge cluster of mostly white students partying happily and peacefully on the beach. The opening sentence speaks to the story’s shock value: “Video coming out of South Padre Island during Spring Break is the antithesis of social distancing.”

The Times reporters had the opportunity to refute Johnson’s false analogy and to give an honest accounting of the mayhem seen in Miami.

After beating up the local police for their presumed racism, the reporters, unsurprisingly, segued to a gratuitous attack on Florida’s popular Republican governor, Ron DeSantis. His claim that Florida is “booming” while New York is not viscerally seemed to offend them. “Miami-Dade County, which includes Miami Beach, has recently endured one of the nation’s worst coronavirus outbreaks,” they huff, “and more than 32,000 Floridians have died from the virus, an unthinkable cost that the state’s leaders rarely acknowledge.”

The mythical Greek blacksmith Procrustes had a reputation for stretching people or cutting off their limbs to fit his iron bed. Joe would have kept his distance. The Times would have hired him as editor.