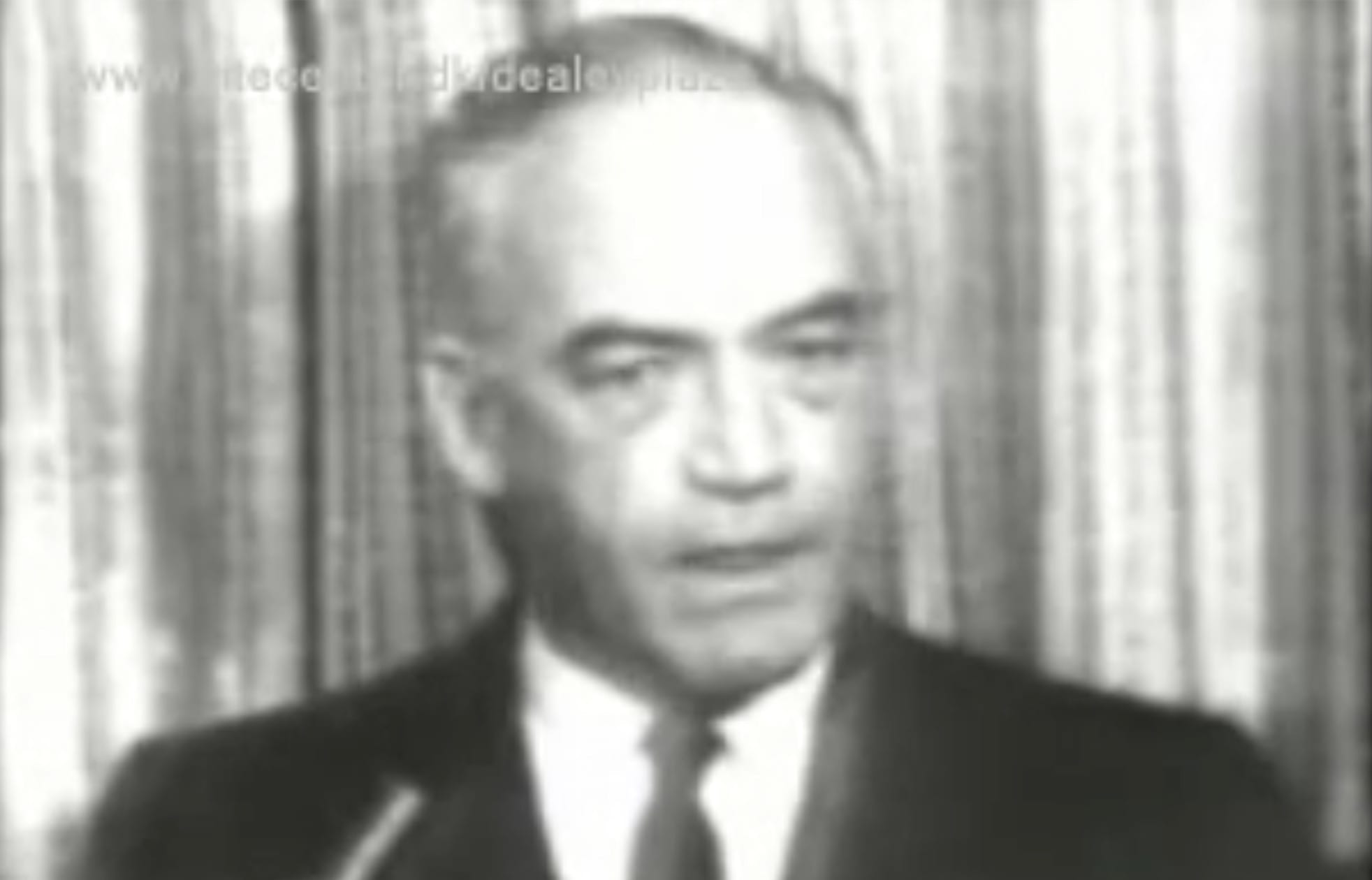 November 22, 2018 — A photographer friend sends along praise of Senator Barry Goldwater. Gone now twenty years, he was a noted portrayer of his beloved Southwest: “I am reading an issue of Arizona Highways devoted to his work. The only thing he was more passionate about than politics was his photography. And he was a great photographer.” Praise of one photographer by another is a high recommendation.

He reminded me of People and Places, Goldwater’s fine book of photographs, from canyons to Hopi. The depth of feeling for Arizona’s native peoples and natural vistas in those photos belies the picture his enemies tried to paint of Goldwater when he ran for President in 1964.

The book’s frontispiece is an impromptu snap of President Kennedy, gone fifty-five years November 22nd. The anniversary went almost unremarked. And after all, for half those now alive, that event must seem as ancient as the blue distance of the Middle Ages. 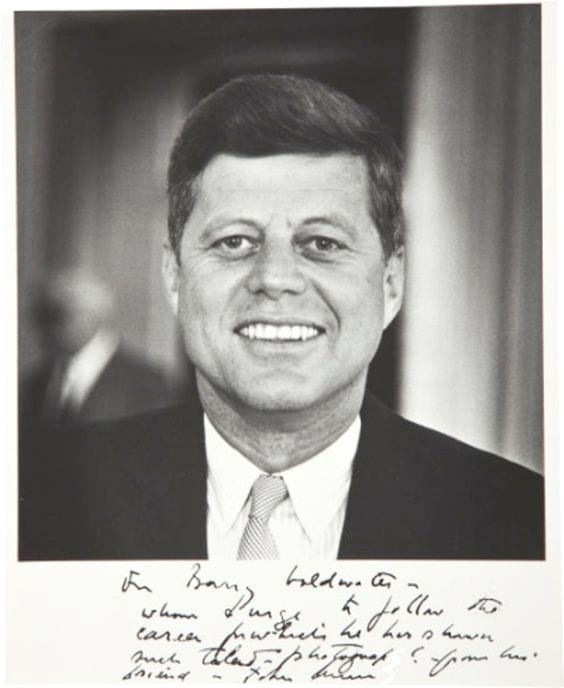 The photo is inscribed: “For Barry Goldwater — Whom I urge to follow the career for which he has shown such talent — photography! From his friend — John Kennedy.” In his preface, Goldwater writes that while they had certain political disagreements, he thought that photo captured the effervescent spirit that he knew.

I have one of these framed. To me it represents the political respect and cordiality of a time long gone.

It was an astonishing relationship. Goldwater was chairman of the Republican Senate campaign committee when then-Senator Kennedy began showing interest in running for President. In his travels on behalf of Republicans, Goldwater recalled, he would inevitably learn what voters thought of Kennedy. This he would impart to his friend Jack! “You’re not doing so well in rural Iowa, but things are looking up in Des Moines.”

After Kennedy was elected in 1960, they both realized that the next election might pit them against each other. They actually considered campaigning together — against each other — in 1964. It would have been a kind of whistlestop Lincoln-Douglas debate series.

Then came Dallas, November 1963. We lost our President, and Goldwater his friend. He ran anyway, and was smeared as a mad bomber and philistine who would return us to the Stone Age. It was the beginning of the end for the style of politics Goldwater and Kennedy espoused and exemplified.

I cast my first presidential vote for Barry Goldwater, but he was an awful campaigner and by November I could barely bring myself to pull the lever. Maybe I’m naive, but in retrospect I’ve often thought that neither he nor Jack Kennedy would have stood for 58,000 dead in Vietnam. They would have ended it long before that happened. One way or the other.

Without too much argument, we may date November 22, 1963 as the beginning of the end of postwar innocence and absolute faith in our destiny: the grim prelude to Vietnam and Watergate, to the politics of personal destruction.  As an old friend told me at a high school reunion: “That’s when the rot began.”

Mr. Langworth (richardlangorth.com) is Senior Fellow for the Churchill Project at Hillsdale College and an author and editor.