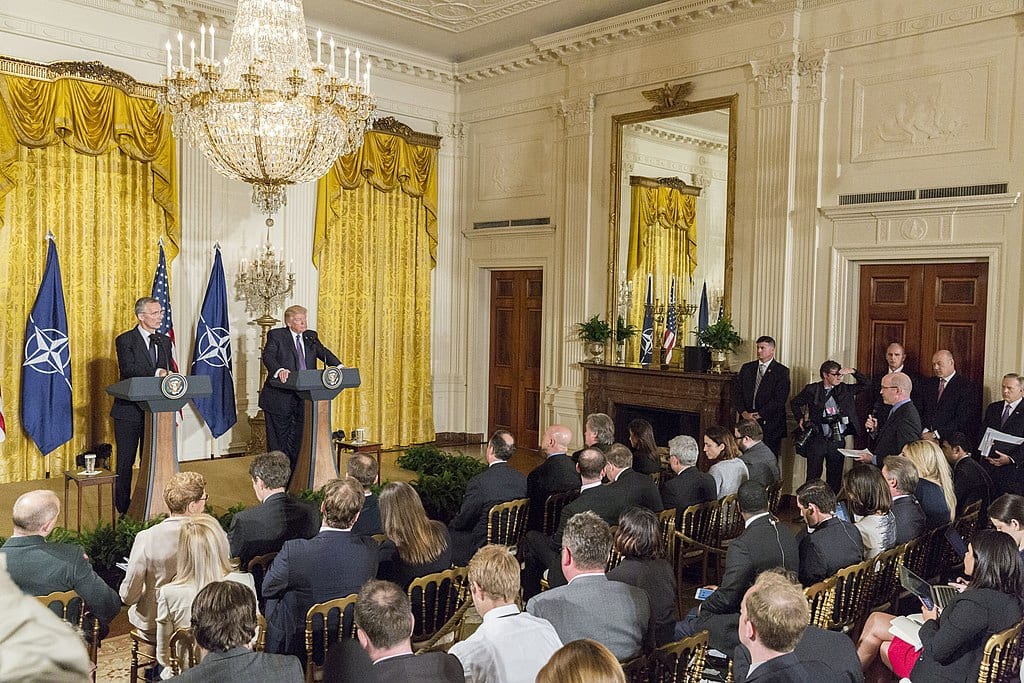 Last week upon the arrest of this wretched man, Cesar Sayoc, I heard some good news. Within hours of his arrest commentators on all sides admitted that, as the phrase has it, “enough is enough.” Let the recriminations subside. There will be no more virulent charges against the left or the right or Donald Trump. Even Donald Trump seemed to agree, and in his public appearances I detected a note of munificence. He was of a sudden stepping forward as president of all the people.

Well, apparently I had been swept away by my legendary idealism. The very next day some coward opened fire on a Jewish congregation at prayer, and in Washington, D.C. and New York City the ceasefire abruptly ended. Not that Donald ended it. The left ended it, and I suppose some firebrands on the right did too. I do not remain au courant with the crank right. The crank left I cannot avoid. It is everywhere. The kind of mindset that appears in Alex Jones’ InfoWars now dominates mainstream media. All that is different is the enemy. At InfoWars the enemy is the left. With the mainstream media the enemy is Donald Trump. Such is the degradation of American public discourse.

On Sunday the extreme left at the Washington Post headlined two front-page stories: “Trump, allies set the tone for the violence they denounce, critics say” and “Bomb suspect found an inspiration in Trump.” The New York Times was more measured. One had to get to page 18 to come across “Trump Makes Call for Unity at Rally, Then Resumes Old Attacks.” How the major networks faced these atrocities I do not know, for one rarely learns anything from TV. Yet as the networks generally just warm up the headlines of the Post and the Times, their réchauffé stories most likely only repeated incendiary charges against the President. By Monday the ceasefire was utterly defunct, and the war between Donald Trump and the mainstream media — ably assisted by their friends in the Democratic Party — was on again full blast. So much for the media bringing us all together.

Anyone who thinks the squabbling will end on a happy note is mistaken.

America is going to have to undergo a severe series of reforms to rid itself of gun violence and random mayhem such as we saw with the crazy bomber and the dirt-bag Jew-hater. In the case of guns, how are we going to scoop up some 300 million firearms that we now have at large in the country? Also, are we going to incriminate all hunters? Anyone who gives serious thought to the gun issue has to start with these matters.

Very well, then, let us move on to the problem of violence in our entertainment industry. How are we going to get rid of that? Every night, so far as I have been able to ascertain, a sizable minority (or is it a majority) of adults aided and abetted by their children sit down in front of their idiot boxes and thrill to fantasies about destruction, mayhem, and gunfire. That, along with mind-numbing comedies complete with canned laughter, is pretty much the staple of prime-time television. How are we going to get viewers to turn off the idiot box and seek refuge in a good book or a board game? I am at a loss.

Now, you might settle for some milder reforms. You might get news reporters to follow a protocol that strictly avoids reporting on a crime that suggests it is anything but loathsome. Doing so might conflict with the presumption of innocence, but I shall leave that matter for the courts. There is no doubt in my mind that by publicizing vile behavior of the type we have seen recently, we encourage it among the marginal creeps we have in our society.

Or how about following a different tack? How about having reporters follow a protocol in which they, upon mentioning the sentence facing the accused, not only mention its length as they now do but also how the sentence will change the accused’s life? What time will he be ordered to arise, to retire? How will he fill his days? Including this information along with the time he might be serving if found guilty might discourage at least some would-be bombers and murderers from their despicable deeds. Sometimes we forget how ignorant some people are. A fifty-year sentence might not mean very much to the crazed bomber of last week, unless reporters mention the hopelessly dreary life he will be living.

Those are a few of my suggestions for deterring crime. As for what we can do about discouraging the open warfare between the media and the President, last week we tried mutual restraint. By the week’s end Donald Trump was the media’s sole target, and Donald began to fire back. Frankly, I think it is hopeless.