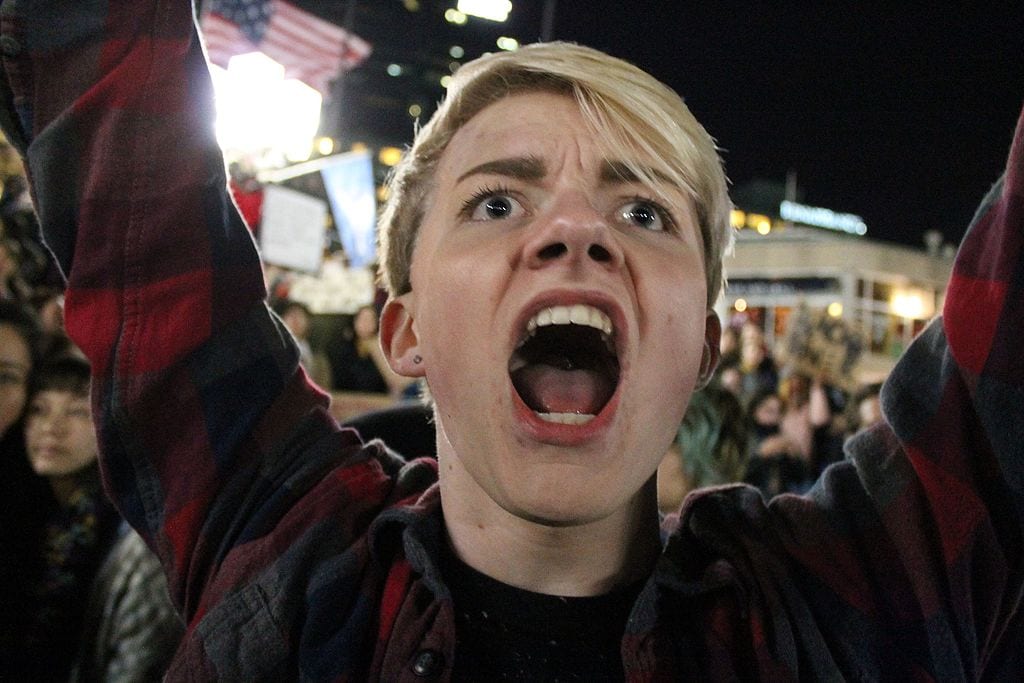 Has it been noted that the country’s political disagreements are becoming increasingly violent? About fifteen years ago “the angry left” appeared on the scene, and its indignant members got a lot of attention from the media. The enormous volume of press attention signaled the media’s manifest approval, if sotto voce. Next came the Occupiers’ movement, and again these ruffians came with the media’s approval, at least sotto voce. Then gun-toting cowards began shooting people for humanitarian reasons, and the media did not know what to think. The assassination attempt on Congressman Steve Scalise and his colleagues comes to mind.

The right too has its violent practitioners. There are the alt-right, the neo-Nazis, and the Klan. The violence at Charlottesville, Virginia, was a high-water mark for these creeps. The alt-right and their competitors seem to have faded a bit of late, but they are still out there. They are kept in the news oddly enough by their criminality, though the media never approves of it, even sotto voce. Yet the media never misses an opportunity to report on their malevolent behavior, often with inflated figures. As I have noted for years, without the media’s attention these creeps would be mere curiosities. Even the left-wing practitioners of violence are pretty much marginal, though they have snappier slogans.

Meanwhile, the theater of operations has shifted to cable television, where the violence is more gentlemanly and ladylike. In fact, it is not even violence. It is only rhetoric: insults exchanged, vituperations heaved, and occasional syllogisms deposited. On one side the left is posing as mainstream hosts. On the other side are the self-proclaimed conservatives. The left calls us intolerable extremists, racists, and its members intimate that some of us are the prosopopoeia of the alt-right. We on the right remain gentlemen and ladies. We do not call the left socialists, cranks, and mentally unbalanced, unless we have to.

Recently the left escalated things. The left threatened the right’s advertisers. With typical bluster they threatened to unleash their hoards, and the more timorous corporate titans bowed to the left or at least they temporarily bowed to the left. When they found that the left’s threats were mostly hollow they returned. Some such as the noble Mike Lindell of MyPillow never left. I bought two of his pillows and I may buy a third for pillow fights with my grandson.

The left began threatening the right back in 2012 when it called upon Rush Limbaugh’s advertisers to cancel their ads for him. He allegedly had slandered Sandra Fluke. Remember her? Rush held fast. Jeff Lord, the commentator, printed the cowardly advertisers’ names and they crept back to Rush, though Rush was very discerning about whom he would take back.

Now the left, notwithstanding its guff about free speech, has turned upon Sean Hannity and Laura Ingraham. Again the left threatens their advertisers. Yet this time Sean and Laura have the support of a real champion of the First Amendment and a pretty good businessman too, Rupert Murdoch in person. He is the one person in America who has broken the left’s monopoly on media with his Fox News. Bravo Rupert once again!

About twenty years ago as Fox gained influence I noticed the battle lines forming. I sensed that there would be an attack on Fox’s advertisers. After all, the left had turned on newspapers some years before for running conservative columnists. It had been pretty successful at influencing newspapers in Los Angeles, San Francisco, and other left-wing havens to drop their conservative columnists. So much for the newspapers’ clap trap in defense of the First Amendment. There is only one Rupert Murdoch. The result was fewer readers of newspapers. Now those boring newspapers are going out of business.

At the time I told the media watchdog Reed Irvine that he ought to expand his army of monitors and encourage them to write letters-to-the-editor of their hometown newspapers praising the editors for publishing both sides. Surely the editors would appreciate an occasional pat-on-the-back. They could not possibly be happy with the growing acrimony on their pages, could they? Quite possibly they could be, and certainly many of the editors are happy with things as they are today. Most are members of today’s mainstream media. They would rather travel with the herd than be controversial.

At any rate, Reed Irvine did not take my advice. The media became angrier and angrier, and now audiences are hoping other media entrepreneurs will follow Murdoch’s lead. Once again, bravo Rupert!