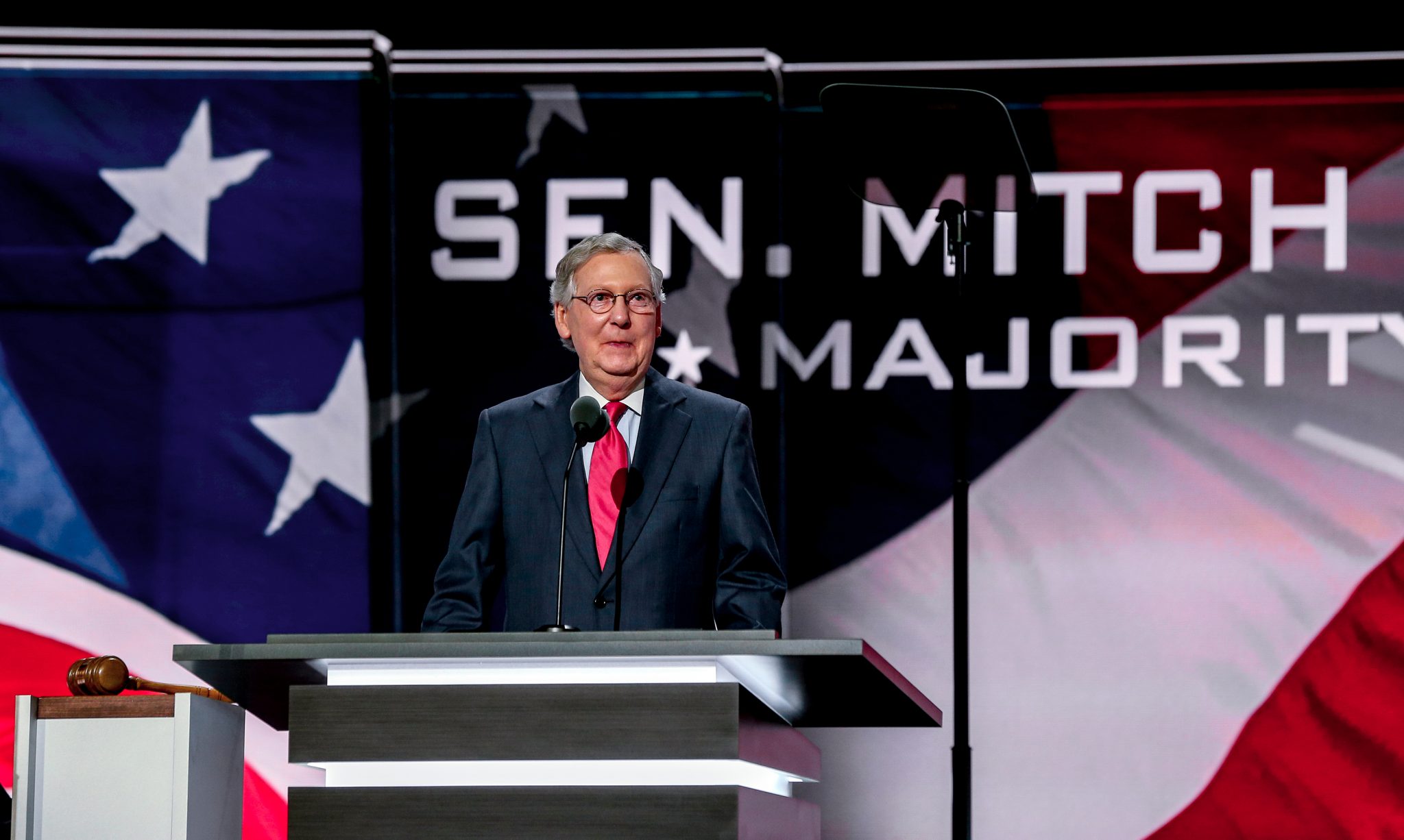 Senate Minority Leader Mitch McConnell (R-Ky.) said in a Monday radio interview that, pending the GOP’s recapture of the United States Senate in the upcoming 2022 midterm election cycle, the party is prepared to prevent the Biden–Harris administration from elevating justices to the Supreme Court should a vacancy arise in 2024.

He said it would be imprudent to go through the nomination process if the Senate and White House are controlled by opposite parties during an election year.

McConnell said he would follow the precedent established after Justice Antonin Scalia’s passing in 2016, when Senate Republicans blocked President Obama’s nomination of Merrick Garland to the Supreme Court. McConnell drew a distinction between the blocked confirmation of Garland and the Senate’s 2020 confirmation of Justice Amy Coney Barrett: the Republicans controlled both the Senate and presidency when Barrett was nominated.

When asked about the possibility of granting the Biden–Harris administration the privilege of filling a Supreme Court vacancy, McConnell answered, “I think in the middle of a presidential election, if you have a Senate of the opposite party of the president, you have to go back to the 1880s to find the last time a vacancy was filled. So I think it’s highly unlikely. In fact, no, I don’t think either party … would confirm a Supreme Court nominee in the middle of an election.”

This statement comes amid waves of progressives calling for Justice Stephen Breyer to resign before the 2022 midterm elections. If Breyer resigns now, the Democrats can rush through a nominee before they possibly lose control of the Senate.

Justice Breyer’s skepticism about the Left’s embrace of court-packing has earned him rebukes from those who would otherwise be his peers. McConnell also referred to Breyer’s stance on the issue: “I do want to give [Breyer] a shout-out, though, because he joined what Justice Ginsburg said in 2019 that nine is the right number for the Supreme Court. And I admire him for that. I think even the liberal justices on the Supreme Court have made it clear that court-packing is a terrible idea.”

We can't afford to risk Democrats losing control of the Senate before President Biden can follow through on his promise to nominate the first Black woman Supreme Court justice.

It's time for Justice Breyer to announce his retirement. pic.twitter.com/emqZ4Vc1FM

In a similar promise to that of his running mate on the campaign trail, President Biden has said that if a SCOTUS vacancy occurs while he is in office, he will elevate the nation’s first black woman to the court — a continuation of mainstream Democrats’ embrace of identity politics.