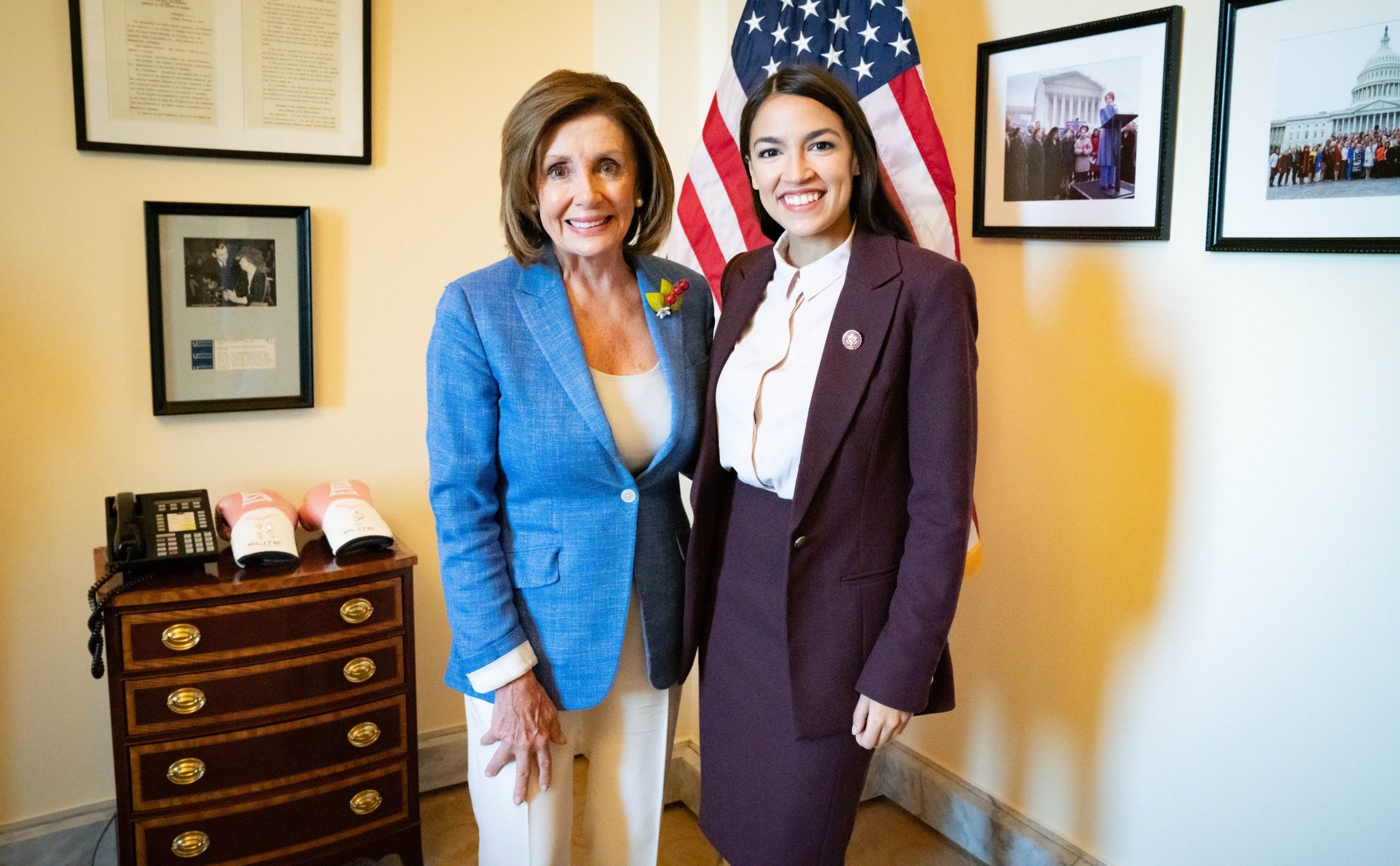 After House Speaker Nancy Pelosi, the epitome of the Democratic establishment, uncharacteristically endorsed a non-incumbent in a primary, her chief frenemy fired back.

“No one gets to complain about primary challenges again,” Rep. Alexandria Ocasio-Cortez, the firebrand progressive, tweeted.

Tuesday’s Massachusetts Senate race has become a proxy war between Pelosi, who is endorsing Rep. Joe Kennedy, and Ocasio-Cortez, who is backing her Green New Deal compatriot Sen. Ed Markey. It seems a bizarre flip — though, incumbent or not, no one with the last name Kennedy is really anti-establishment in Massachusetts.

If past is prologue, the safe bet is on Ocasio-Cortez, who along with other members of the Squad, have completely trounced Pelosi before, as explained in my book, Abuse of Power.

The fringe left members of the House Democratic caucus wanted to impeach President Donald Trump since before his inauguration. Pelosi staved this off, but a senior Capitol Hill aide interviewed for the book explained, “There is a direct parallel with impeachment and the power of The Squad,” adding, “Moderates don’t want to take on AOC.”

Primaries were the chief concern for the Democrats who delivered Pelosi a majority by campaigning as centrists in red and purple districts in 2018. Yet impeaching Trump had become a progressive litmus test long before the infamous phone call between Trump and Ukraine President Volodymyr Zelensky that served as the latest rationale when impeachment dreams of emoluments, Stormy Daniels, and Russiagate crashed and burned.

To be sure, it wasn’t just the Squad — Reps. Ocasio-Cortez, Ilhan Omar, Ayanna Pressley, and Rashida Tlaib — clamoring for impeaching Trump. But Reps. Maxine Waters and Al Green, along with pricey ad buys by Tom Steyer, weren’t moving the needle in pushing House Democratic leadership’s on impeachment, which they considered a political loser. It was the Squad’s defeat of leadership that helped the dam break.

When freshman Ocasio-Cortez first had the gall to challenge the speaker of the House — on a bipartisan immigration enforcement appropriations bill — Pelosi seemed to think she could quash the rebellion. During a caucus meeting, Pelosi scolded Democrats that “a majority is a fragile thing,” adding, “Do not tweet about our members and expect us to think that that is just OK.”

This only made the Squad more defiant, as Omar claimed Pelosi didn’t care about resisting the Trump agenda. Pressley said Pelosi was “demoralizing” the progressive cause.

Leave it to AOC to revert to the Democrats’ favorite pastime against her own leader: playing the race card.

“The persistent singling out … it got to a point where it was just outright disrespectful … the explicit singling out of newly elected women of color,” Ocasio-Cortez said.

Pelosi shot back that a “glass of water” running as a Democrat could win in the Ocasio-Cortez district, and referred to her chief legislative agenda item as the “Green Dream, or whatever.”

The speaker told the New York Times of the Squad: “All these people have their public whatever and their Twitter world. But they didn’t have any following. They’re four people and that’s how many votes they got.”

They had just four votes, but their Twitter following gave them the capacity to galvanize the base and have outsized sway within the caucus. Omar tweeted, “You know they’re just salty about WHO is wielding the power to shift ‘public sentiment’ these days.”

“The power and the influence of the Squad has been in and of itself a pretty spectacular phenomenon and it’s something that Speaker Pelosi is not accustomed to,” Hice said.

“She’s not used to individuals in her own party standing up against her. She had that in the Squad. And they didn’t back down,” Hice continued. “They continued to make their voices known and it seems every time they did so their popularity increased all the more. I think it pushed the speaker into a corner that she could not ignore. She was not going to succeed in squashing them.”

The feud dragged until Trump fired off an anti-Squad tweet. Now the four could call someone other than Pelosi a racist, and Pelosi jumped on board. The aforementioned Rep. Green pushed his third impeachment resolution to the House floor, seeking to oust an elected president for insulting the Squad. Astonishingly 95 Democrats backed the resolution.

At this point, the Democratic caucus united behind the Squad, not behind Pelosi.

In July, the 79-year-old Pelosi and the 30-year-old Ocasio-Cortez posed for a photo together. Pelosi posted the photo on Twitter and Instagram, like a grandmother trying to prove she could hang with the cool kids: “Today, Congresswoman @RepAOC and I sat down to discuss working together to meet the needs of our districts and our country, fairness in our economy and diversity in our country.”

Ocasio-Cortez didn’t share the picture on her social media, indicating she knew she was the cool kid and that Pelosi gets a boost from her — not the other way around.

For the Sept. 1 Massachusetts primary, expect a similar result: with Ocasio-Cortez’s support, the 74-year-old Markey will likely be the cool kid against the 39-year-old Kennedy.

Fred Lucas is the author of Abuse of Power: Inside The Three-Year Campaign to Impeach Donald Trump. He is a veteran White House correspondent who has reported for the Daily Signal, the Blaze, Fox News, Newsmax, and other outlets.