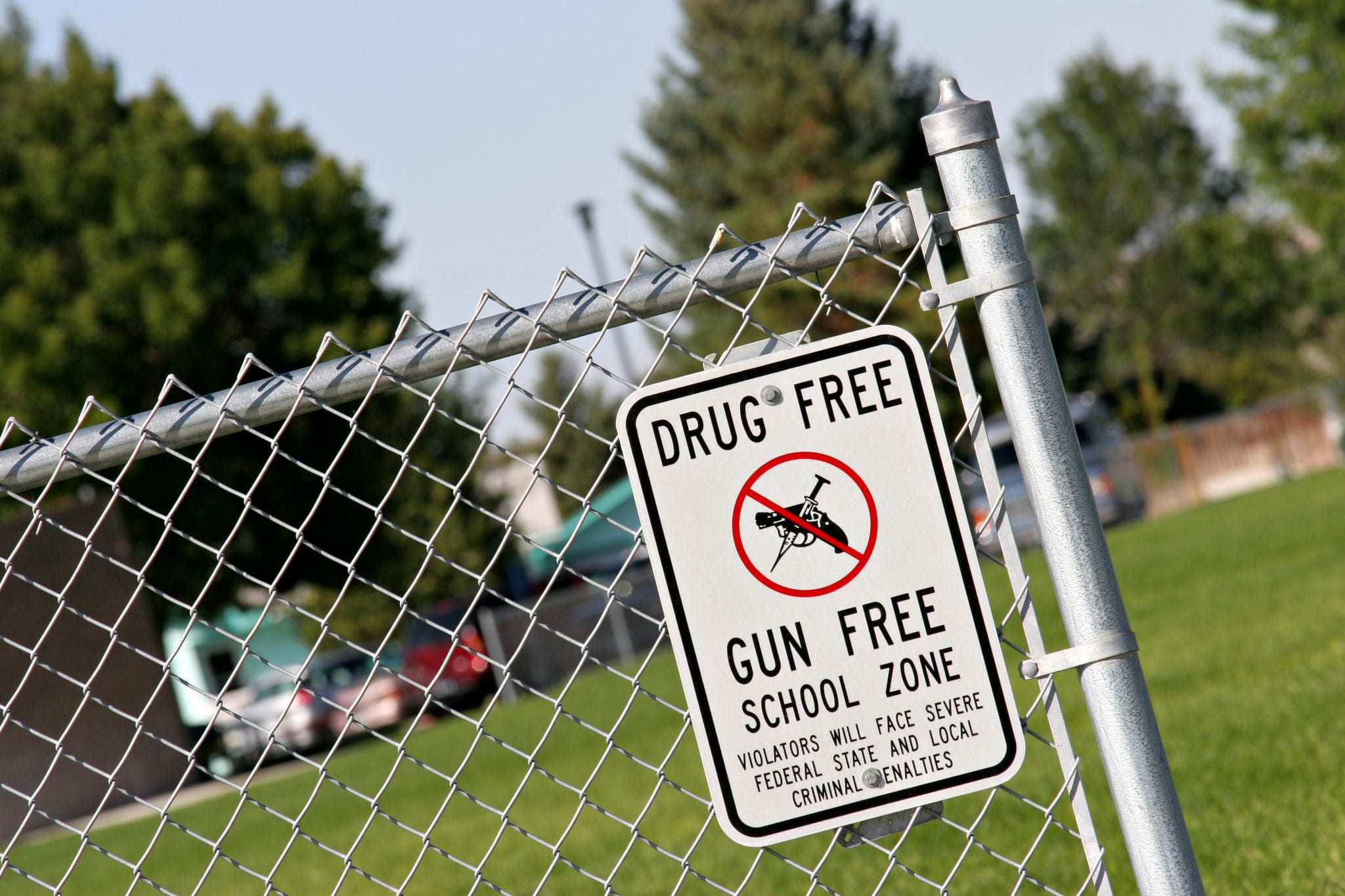 Consider this excerpt from the “manifesto” issued by the shooter who murdered 22 people Saturday in an El Paso, Texas, Walmart store:

According to ABC News, El Paso law enforcement officials advise that, moments before his killing rampage, the shooter cased the Walmart “looking for Mexicans.” While that may be so, it is nevertheless true that, consistent with his “manifesto,” his recon was also calculated to make sure that he would be attacking in a low-security area. In that regard, the Walmart store had no armed security guard, no police presence, and was located in a shopping mall that was a self-proclaimed “gun-free zone.”

Similarly, in the Dayton, Ohio, mass shooting on Sunday, which immediately followed the El Paso murders, the victims were attacked as they exited a nightspot that was a gun-free zone. And, in the Garlic Festival shootings in Gilroy, California last week, the victims were trapped inside a fenced area after going through metal detectors to make sure that they were disarmed. The shooter avoided the metal detectors by cutting through the fence and then attacking a victim pool that the Gilroy authorities had rendered incapable of defending themselves.

So it is that these most recent massacres share the one common element of almost all mass casualty shootings: gun-free zones.

According to the Crime Prevention Research Center, between 1950 and 2018 97.8 percent of all mass public shootings occurred in gun-free zones. Similarly, in the 20 states that allow teachers to be armed, there have been no school shootings (as well as no accidents or injuries caused by firearms possessed by teachers).

In addition to the El Paso shooter’s “manifesto,” there is abundant anecdotal evidence that mass casualty shooters prefer gun-free zones. For example, in 2016, Dearborn Heights, Michigan, ISIS supporter Khalil Abu Rayyan had an online discussion with an undercover FBI agent in which he discussed his plan for a “martyrdom operation” by attacking a Detroit church. He told the agent that this would be an easy target because “people are not allowed to carry guns in church.” Fortunately, Abu Rayyan was arrested before he could achieve martyrdom.

Similarly, in 2015, Elliot Rodger murdered six people in a Santa Barbara, California, gun-free zone. In his 141-page “manifesto,” he explained that in planning his attack he had decided against launching it in other locations where someone with a gun might be present to cut short his killing spree.

In the 2012 Aurora, Colorado, theater massacre, the killer’s diary showed that he had decided against attacking an airport because of its “substantial security.” And, out of the seven movie theaters within 20 minutes of the shooter’s home, he chose the only one that had posted signs declaring it to be a gun-free zone.

Given this record, anyone concerned with eliminating — or at least substantially reducing — mass public shootings must ask whether or not gun-free zones pose a danger to the public by attracting killers who prefer an unarmed victim pool and should give serious consideration to the following propositions:

The elimination of gun-free zones may not prove to be the definitive answer, but the evidence indicates that it should be tried. Otherwise we will attempt the same old failed solutions over and over again while expecting a different result. To continue doing that is the very definition of insanity.

So, while our politicians contemplate possible measures to reduce mass casualty attacks, they should consider passing laws that would impose criminal and civil penalties on any and all private persons and government officials who create and maintain gun-free zones without simultaneously providing effective armed security for all individuals while they are inside such hazardous man-made potential killing fields.

Certainly the data and historical precedent support affixing such legal responsibility. If that happens, in addition to criminal prosecutions of those who establish gun-free zones, the ever-vigilant plaintiffs’ bar could be expected to happily promote public safety by suing such miscreants into oblivion.