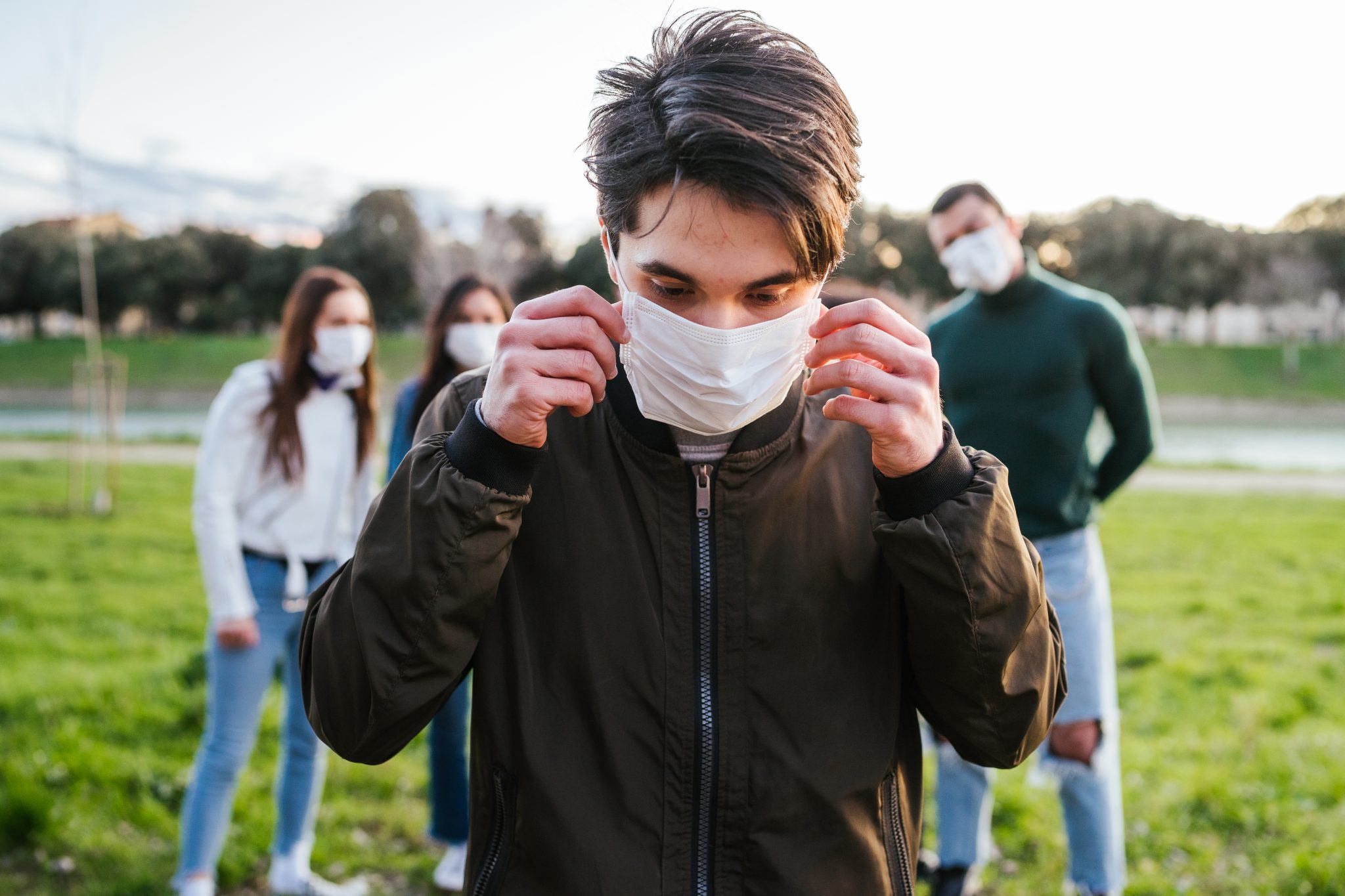 These days, when I look out the window of my second-floor home office, I often see my neighbors below shopping, cycling, or walking their dogs. All masked, of course. It’s the only socially acceptable way to get out of the house. If I weren’t working all the time, I’d do the same.

Sometimes, a one-act morality play presents itself beneath my perch. A middle-aged woman, all masked up, walks by. She is alone. It is mid-afternoon. No one else is around, except the damn dog next door. Suddenly, the mask slips. Now it’s off. The woman slides it into her back pocket. Aha — freedom.

But not for long. A gaggle of knobby-kneed kids soon approaches on their bicycles. The mask goes back on, hastily. End scene.

Mask-wearing, while certainly a health-conscious practice, is also a performance for the benefit of your neighbors.

I get it. No one wants to wear a mask. They muffle your voice. They itch your cheeks. They fog up your glasses. And, until recently, all the experts said they were ineffective against the coronavirus. But now the script is flipped, and it’s the virtuous thing to do. If you don’t, well, you’ll likely face the censure of your peers.

And that judgment is harsh. In the early days of maskopolis, my wife and I went to Safeway with our faces uncovered. Shameful, I know, but our connect in Hong Kong hadn’t yet hooked us up with a box of those blue bad boys.

As we strolled down an aisle — not noticing the arrows indicating that we were walking the wrong direction on a one-way path — our eyes met with those of a tall masked man, who was gingerly picking out cans with his surgical-gloved hands. He looked at us sternly, and pointed to the mask on his face and then to the arrows on the floor. A silent reproach.

And effective. Although it seemed incredibly rude at the time, the eyes of this latter-day Dr. T. J. Eckleburg stuck with us. We wear masks now, and pity those who are as foolish as we once were.

I’ve seen so many of them: the maskless road-tripper who got bounced from a Sheetz in Pennsylvania, the clean-faced Michigander trying to buy Camels at a Rite Aid, and poor Rusty Reno, who just wanted a cup of coffee at a Dunkin’ Donuts up there in New York City.

If only they knew the trick! Mask-wearing, while certainly a health-conscious practice, is also a performance for the benefit of your neighbors. Those who play their parts poorly will be booed.

It is a grim show to be sure, put on in my neighborhood by a bunch of noseless, mouthless suburbanites imposing rules and regulations on their unexpectedly leisure-filled existences. But it is one in which we have all been given roles.

For most of us, it could be worse. On the front lines of this thing, there’s no chance to worry about whether or not to wear masks. Medical workers don’t have the time. My two brothers, one a pizza delivery man and the other a barista at Starbucks, don’t have a choice.

And yet, when no one else is around, I know they are just like me. Down goes the mask, and they breathe easier. For a little while.