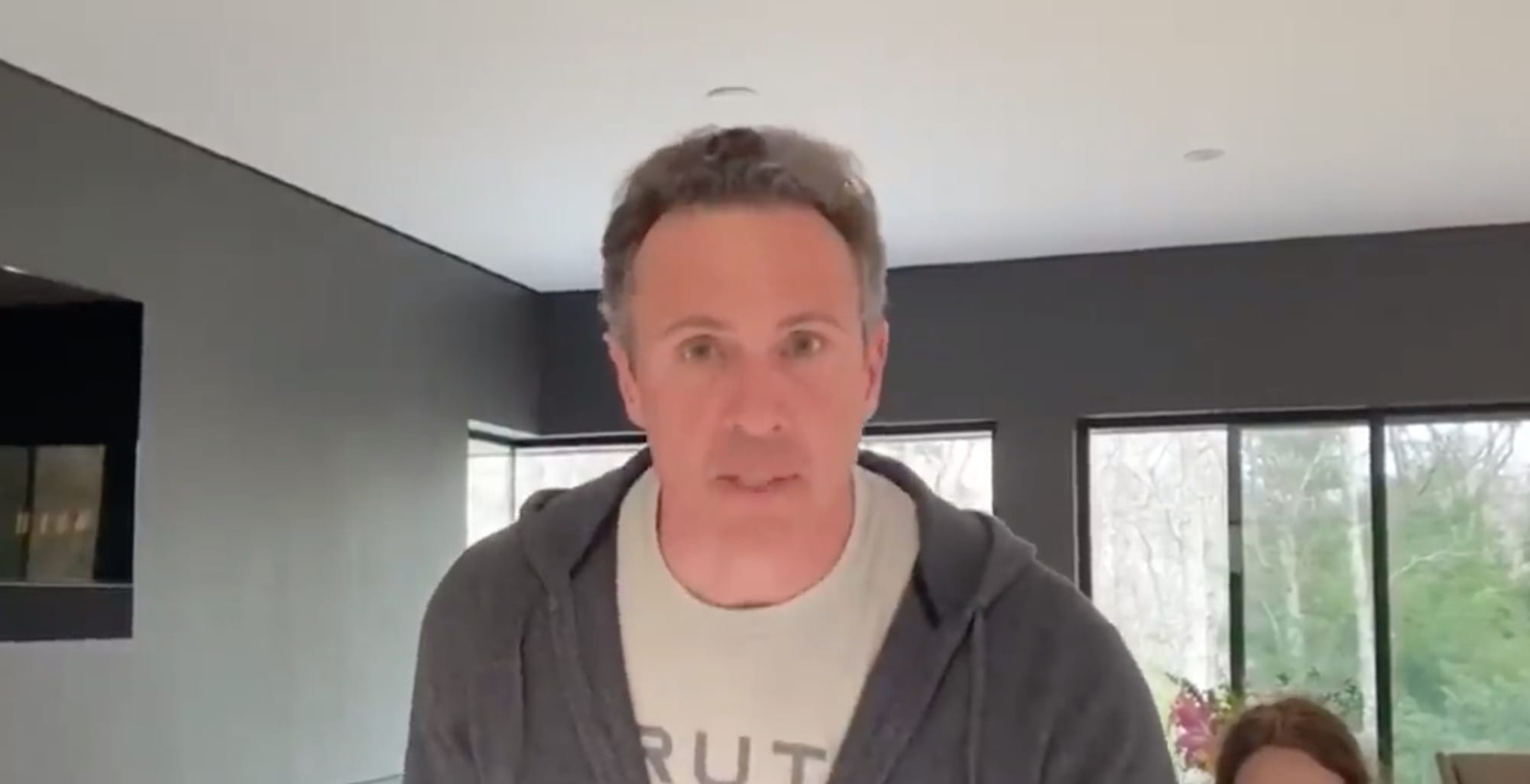 More Politics
Sign Up to receive Our Latest Updates!
Register
Hot Off
The Press
Political Hay
Sidney Powell Releases the Georgia Kraken
by Jeffrey Lord
The Current Crisis
This Election Stinks
by R. Emmett Tyrrell, Jr.
At Large
How the Assassination of Iran’s Top Nuclear Scientist Will Change the Middle East
by Steve Postal
Free the Market
Woke Nasdaq Should Mind Its Own Business
by Ross Kaminsky
Buy the Book
Big Tech’s Big Utopian Lies
by Clayton Trutor

A few days ago, people in a Staten Island grocery store collectively shrieked in panicked terror because a fellow shopper was not wearing a surgical mask. Hysteria quickly ensued, with masked shoppers forming a threatening mob, as some howled, “GET OUT! GET OUT!” and driving the non-masked deviant away from the store. Watching the video on Twitter (of course!) was like seeing people in the Old Testament shrieking “Unclean! Unclean!” at an approaching leper.

Were these terrified people justified in ejecting the maskless shopper from their midst as a means of peer pressure to wear a mask? Joe Biden’s chief health adviser, the bioethicist Ezekiel Emanuel, would probably say yes. He has argued in the New York Times that mask-wearing should be universal and imposed by law. In a co-authored piece, he wrote,

The most obvious path to universal masking is to pass laws and punish infractions. But enforcing legal edicts to wear masks in public can be difficult and costly, and amid widespread ambivalence can lead to backlash and even violence. So edicts are not a complete solution.

As experts in public health and human behavior, we propose a complementary approach: Make wearing a mask easy, understood and expected.

Don’t be fooled by the deployment of passive language. Not a “complete solution,” means that legal mandates are part of the answer to compelling mask-wearing. Taking “complimentary” action means in addition to — not instead of — passing laws.

Based on this scientific article, legally requiring us to all wear masks is not medically necessary in most public settings.

To make us all more likely to obey mask diktats from our COVID overlords, the technocrats urge opinion molders and celebrities to socially engineer a new “norm” that would have us wear masks at all times we are in public places. But does Gwyneth Paltrow Instagramming a photo of herself wearing a mask really influence individual behavior? Good grief, I hope our culture is not that shallow!

Meanwhile, Virginia’s hapless Gov. Ralph Northam, of blackface infamy — photographed not wearing a mask or social distancing at a beach recently — just issued a directive requiring everyone to wear masks at all times in public places (with a few exceptions, such as when exercising). From the VPM.org story:

Despite criticism for his maskless appearance on the beach, Northam announced mandatory masks in public starting this Friday for all people, including children 10 and up. This will include in stores, restaurants, and public transportation. There will be exceptions for eating, drinking, exercising, and for anyone who can’t wear a mask due to medical reasons. Masks may be home-made, but Northam recommends all Virginians, including children over the age of three, should wear masks in public.

Not surprisingly, in our divided times, masks have become political, with Democrats more likely to insist on being masked than Republicans. Sometimes, one even sees people wearing masks driving alone in a car. On the other end of the spectrum, people have refused to wear masks as a supposed act of patriotism, which certainly seems dubious. And of course, we mustn’t forget the hypocrisy factor as media scolds like CNN anchor Chris Cuomo lecturing Vice President Mike Pence on wearing masks — only to be busted for being seen in public sans mask while actively infected with the disease.

Amidst this Sturm und Drang, a question begs to be asked: Does wearing a mask generally prevent the wearer from catching or spreading COVID-19? If there is going to be a mandate, that should be the necessary predicate to imposing it, right? And considering the ruling class, media, and celebrities’ insistence that we are sinners if we go maskless in public, one would think that the answer must be yes.

No. One would be wrong.

Wait, what? But the science!

Exactly. Let’s look at the science. According to a new article published in the New England Journal of Medicine (NEJM), in public contexts outside of hospitals and other health-care settings, masks offer the wearer and those with whom he or she comes into contact scarce preventive benefit. From “Universal Masking in Hospitals in the Covid-19 Era” (my emphasis):

We know that wearing a mask outside health care facilities offers little, if any, protection from infection. Public health authorities define a significant exposure to Covid-19 as face-to-face contact within 6 feet with a patient with symptomatic Covid-19 that is sustained for at least a few minutes (and some say more than 10 minutes or even 30 minutes). The chance of catching Covid-19 from a passing interaction in a public space is therefore minimal.

In other words, the frenzied Staten Island shoppers were terrified without a cause. Humiliating and driving that poor maskless woman out of the store did not protect their, her, or others’ health.

Back to the NEJM article. Even in health-care settings, where people are more likely to cross paths with infected patients, “a mask alone … will reduce the risk only slightly” because

[i]t does not provide protection from droplets that may enter the eyes or from fomites [objects such as clothes or utensils likely to carry infection] on the patient or in the environment that providers may pick up on their hands and carry to their mucus membranes (particularly given the concern that mask wearers may have an increased tendency to touch their faces).

The authors do write that in the context of working for hours a day in a health-care facility, universal masking “might limit transmission” from asymptomatic or minimally symptomatic fellow health-care workers. But even then, “mask wearing is not a panacea” and will not protect providers “if it is not accompanied by meticulous hand hygiene, eye protection, gloves, and a gown.” But that is not a circumstance faced by the general public.

This is not to say there are not non-medical benefits potentially attained by mask wearing. The authors write,

Masks are visible reminders of an otherwise invisible yet widely prevalent pathogen and may remind people of the importance of social distancing and other infection-control measures.

It is also clear that masks serve symbolic roles. Masks are not only tools, they are also talismans that may help increase health care workers’ perceived sense of safety, well-being, and trust in their hospitals. Although such reactions may not be strictly logical, we are all subject to fear and anxiety, especially during times of crisis.… Expanded masking protocols’ greatest contribution may be to reduce the transmission of anxiety, over and above whatever role they may play in reducing transmission of Covid-19.

But does a subliminal emotional benefit justify legal mandates and socially imposed compliance with masking? No. Based on this scientific article, legally requiring us to all wear masks is not medically necessary in most public settings. So why the continual pressure for masking? I suspect that mandatory edicts such as Northam’s and advocacy such as Emanuel’s are more about imposing social control than actually preventing disease.

This is not to say that stores are wrong to require shoppers to mask up, since people may be more willing to enter the premises knowing that everyone’s mouth and nose will be covered. And certainly it does not mean that as a matter of courtesy and comforting the fearful, that we should not voluntarily don our face coverings. Walk the extra mile, and all that. So let’s socially distance from each other in the proper manner and maintain proper hand washing and other hygiene standards. But legally or socially penalize those who go barefaced in casual or non-close quarters public settings? Absolutely not. The science does not warrant imposing that kind of coercive “norm.”

Award-winning author Wesley J. Smith is Chairman of the Discovery Institute’s Center on Human Exceptionalism and a consultant for the Patients Rights Council.

3
Hither and Yon
Rudy and Sidney’s Krakentastic Spectacle, and What It Could Mean
by Scott McKay

5
Another Perspective
Why Trump Lost
by E. Donald Elliott