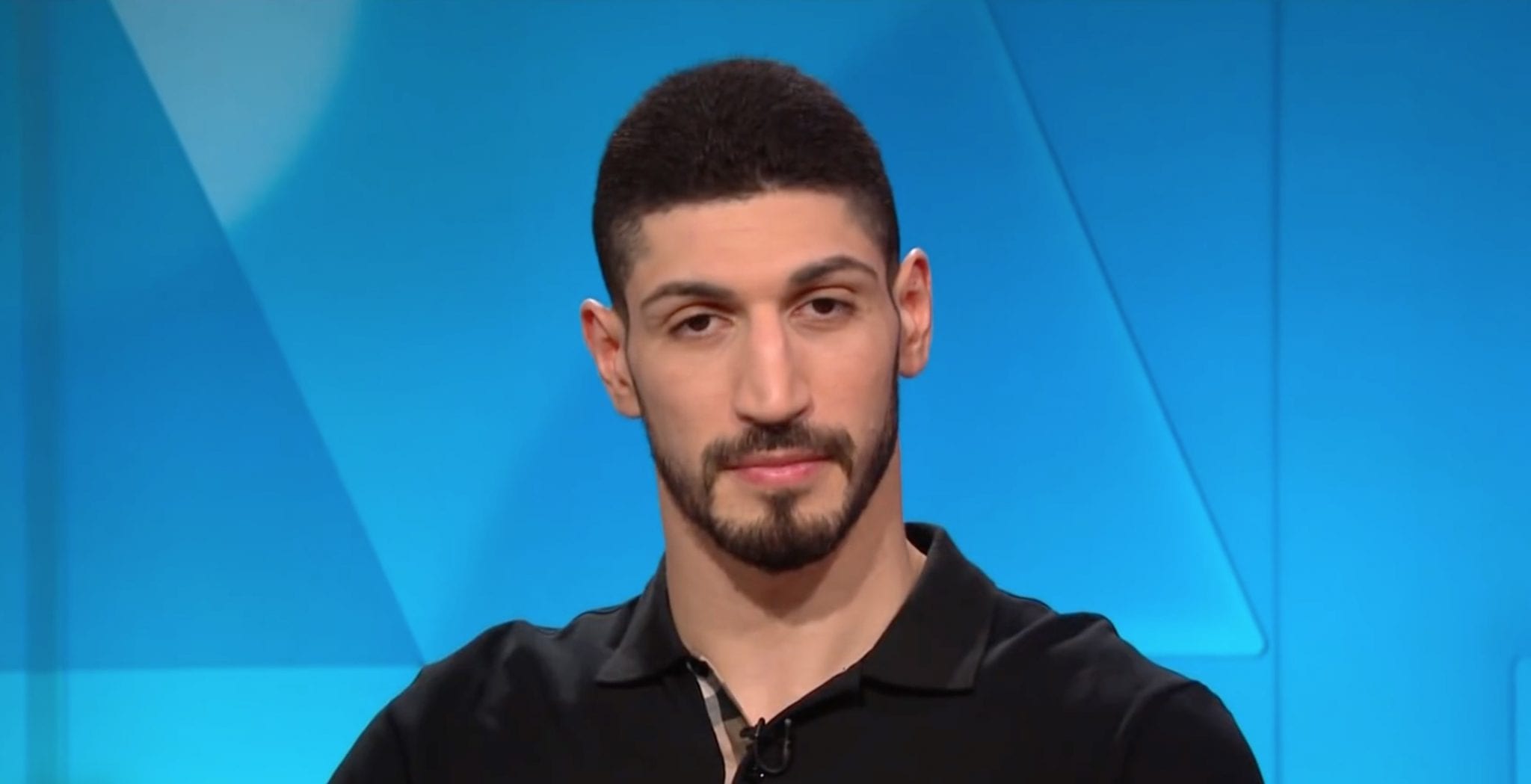 As the New York Knicks headed to London last month for a game, one team member — 26-year-old Turkish player Enes Kanter — did not join them. In a televised interview, Kanter explained that his own outspoken criticism of Turkish Islamist president Recep Tayyip Erdoğan’s illiberal policies means that traveling outside of North America carries with it the risk of assassination. Indeed, the dictatorial Erdoğan has requested Kanter’s arrest and extradition, accusing the basketball star of being a member of a terrorist organization.

While Kanter is likely safer in the United States than London, he shouldn’t fool himself into thinking that arms of Erdoğan’s extremist network — already well developed in the Arab world and South Asia — do not exist already in America. In fact, Erdoğan-inspired Turkish Islamism has flourished in the U.S. in recent years, finding ready allies among other Islamist group-offshoots. Worse, several of those Erdoğan-friendly offshoots are popular nationwide Muslim organizations that deceptively portray themselves as civil-liberties and education-focused — such as the Muslim Brotherhood-spawned Muslim American Society (MAS) or the Jamaat-e-Islami-spawned Islamic Circle of North America (ICNA). Though these groups are not the sort to assassinate Kanter on Erdoğan’s (or anyone’s) behalf, they are ready and willing to help Erdoğan boost his ideological influence.

As American non-profit organizations, MAS and ICNA work hard to cater to liberal American sensibilities, masking their Islamism with interfaith photo-ops and progressive platitudes about “liberty and justice.” Together, the two groups organize two annual conferences in this vein — one in April and one in December. But the annual MAS-ICNA/ICNA-MAS conferences — with their heavy Turkish regime participation and bevy of extremist speakers — reveal the intolerance and illiberalism within.

The latest MAS-ICNA conference, at the end of December in Chicago, was a place Enes Kanter was probably wise to avoid. Though MAS and ICNA are non-violent allies in a non-violent network, the event’s speakers were among the most ideologically radical members of that network. They included: Islamist activist Osama AbuIrshaid, whose organization American Muslims for Palestine (AMP) frequently employs Erdoğan’s wording about a “Muslim red line” on Jerusalem, and has publicly called on its supporters to buy Turkish products as a means to protest the Jewish state; Oussama Jammal, who has encouraged Turkey to invade Iraq, and whose organization the U.S. Council of Muslim Organizations (USCMO) has denied the Armenian genocide and sent Jammal to visit AKP offices in Turkey; and Council on American-Islamic Relations (CAIR) director Nihad Awad, who has come out in support of Hamas, repeatedly met with Turkish regime officials, and attended Erdoğan-supporting events organized by the regime-backed Turkish American National Steering Committee (TASC).

Despite considerable American Muslim outrage over Erdoğan’s tyranny and involvement in MAS-ICNA, the relationship between MAS, ICNA, and Erdoğan’s regime is longstanding. For instance, Turkish Airlines co-sponsored the 2014 and 2015 MAS-ICNA conferences. And, the 2017 MAS-ICNA conference included a video message from Erdoğan that was broadcast on the main stage, not to mention an in-person speech by Mehdi Eker, deputy chair of Erdoğan’s AKP Party; the 2016 MAS-ICNA conference featured a live speech by Sümeyye Erdoğan Bayraktar (Erdoğan’s daughter), who used her address to defend her father’s regime, mischaracterizing Erdoğan’s crackdown on political opponents and journalists and denying that democracy and press freedoms are under assault in Turkey.

At the 2014 MAS-ICNA convention, Turkish regime official Mehmet Görmez recorded a video message for the convention’s mainstage, during which he announced the completion of a Turkish-funded mosque in Maryland, the Diyanet Center of America (DCA). The DCA, for its part, is an extension of Turkey’s Diyanet, also known as the Directorate of Religious Affairs — which holds a legal monopoly on Muslim religious affairs in the country. In July 2017, the Diyanet directorate published a report stating that Islam is “superior” to Christianity and Judaism and insisting that “Interfaith dialogue is unacceptable.” Diyanet branches have been aggressively promoting Turkish interests and supporting Islamism in Europe and America, even among organizations — such as MAS and ICNA — that claim to support interfaith activism.

This does not seem to have bothered regular MAS-ICNA speakers Jonathan Brown and Omar Suleiman— both of whom also appeared at this year’s MAS-ICNA. In 2017, Maryland’s Diyanet mosque hosted a “Wake-Up Call for Civil Liberties” event, featuring both Brown and Suleiman. This is despite the fact that Brown, a Georgetown University academic, was widely criticized in February 2017 after giving a speech justifying slavery and rape under Islam and that hate preacher Suleiman has issued apologies for honor killings and condemned homosexuality as a “disease.”

Similarly, Diyanet has been careful to send representatives to MAS’ and ICNA’s events, as well. A recent annual conference organized by MAS’ Los Angeles branch featured Ali Tos, an official representative of the Directorate. And, ICNA has been known to participate in “humanitarian” events with the “Turkish-backed” American Zakat Foundation — a “charity” that funds an organization in Gaza closely linked with Hamas, which hands out money to the children of Hamas “martyrs.” Conveniently enough, the Zakat Foundation has also co-sponsored the MAS-ICNA conference for years.

MAS-ICNA conferences have shown how deeply Erdoğan’s regime is entwined with some of the largest and most influential Muslim American groups. Enes Kanter is wise to be cautious about Erdoğan’s reach outside the United States, but Americans must acknowledge the ideological threat Erdoğan’s Islamism already presents here. Even the Department of Homeland Security has accelerated the threat, giving ICNA an incredible $10 million in taxpayer-funded grant-money since 2016.

Erdoğan and his American partners in MAS and ICNA have demonstrated their illiberalism and intolerance over and over again. When it comes to these groups, we must no longer play ball.

Samantha Rose Mandeles is the Coordinator for Islamist Watch, a Project of the Middle East Forum. Follow her on Twitter at @SRMandeles.