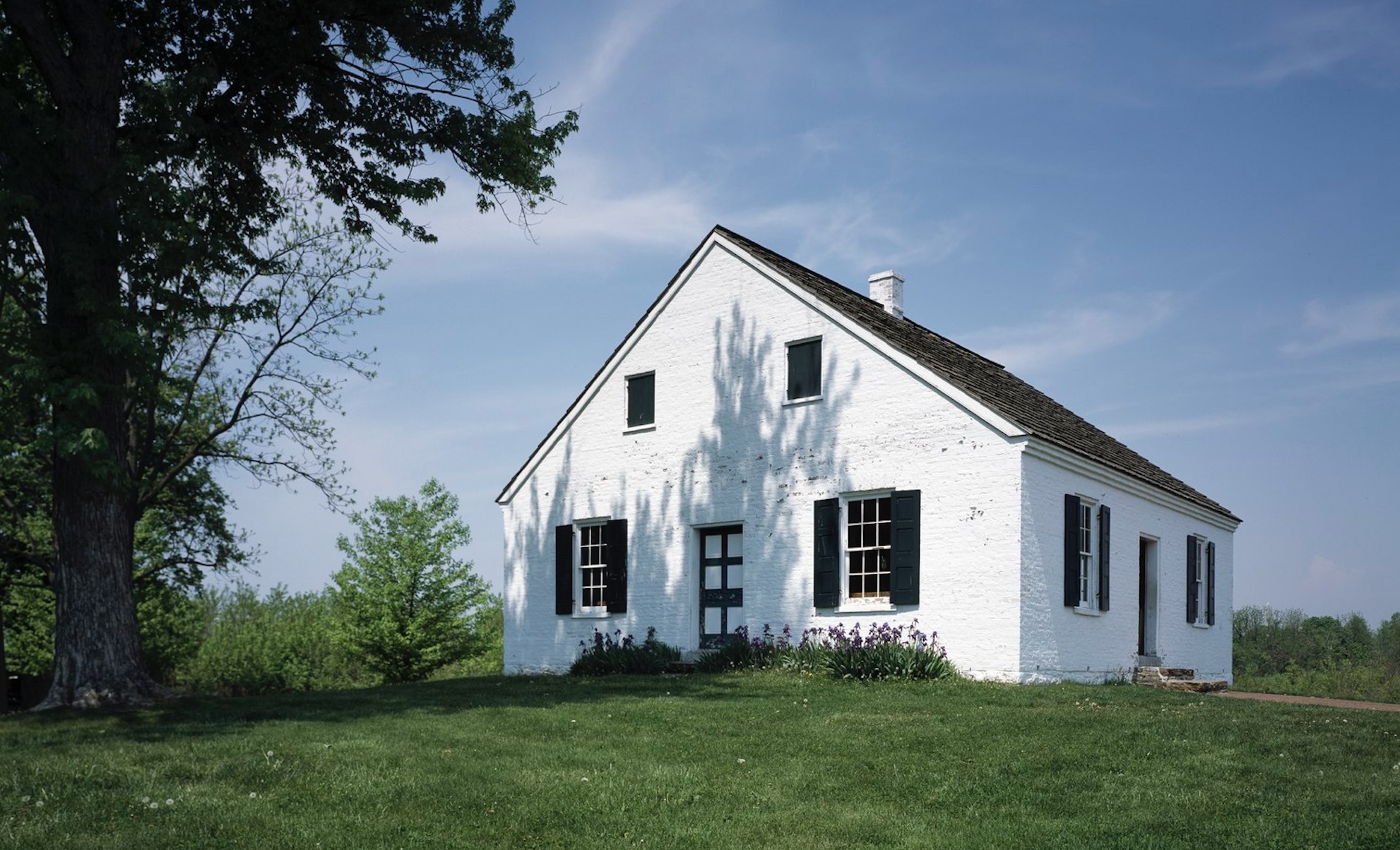 One hundred and sixty years ago in early September 1862, Confederate Gen. Robert E. Lee and the Army of Northern Virginia, fresh from a stunning victory at Second Bull Run (or Second Manassas), crossed the Potomac River and invaded Maryland, a state where southern sympathies existed, but that had not seceded from the Union, in part because President Abraham Lincoln authorized the arrest of Maryland legislators who intended to vote for secession. Confederate and Union armies fought three battles within a two-week period in Maryland, culminating in the bloodiest day in American history along Antietam Creek near the town of Sharpsburg.

Historians consider Antietam a Union victory because the Union held the field at the end of the battle, but, in reality, Antietam was a costly draw.

Although Lee had sent three letters to Confederate President Jefferson Davis requesting authorization to cross the Potomac, he did not wait for Davis’ reply. Lee’s immediate objective was Frederick, Maryland, about 20 miles north of where Lee crossed the Potomac at White’s Ferry. After reaching Frederick, Lee on Sept. 9 issued Special Order 191, which set forth the current positions of Lee’s divided army and his plan for the convergence of three segments of his army at Harper’s Ferry. After taking Harper’s Ferry, the army was to join the fourth segment at Boonsboro, move through Maryland into Pennsylvania, and seize Harrisburg and the railroad bridge across the Susquehanna River, where Lee could then threaten Philadelphia, Baltimore, and Washington, D.C.

Lee’s plan was bold and audacious, but the fog of war reared its head when a handwritten copy of Special Order 191 fell into the hands of Union troops after Lee’s army left Frederick. On Sept. 13, two Union soldiers who were resting under a tree nearby the old Confederate camp noticed a thick envelope, looked inside it, and discovered three cigars wrapped in a sheet of paper — the sheet of paper was the copy of Special Order 191. When Union Maj. Gen. George McClellan was first shown the order, he thought it might be disinformation — a rebel trick. And even after McClellan realized the authenticity of the order, he hesitated to act. Here was McClellan’s chance to destroy Lee’s army piecemeal by successively using his numerically superior army to attack smaller segments of Lee’s army one by one. But just as in the Peninsula campaign earlier that year, McClellan was too slow to take advantage of a tactical opportunity and translate it into a strategic victory.

McClellan moved but did so cautiously. On Sept. 14, about 30,000 Union forces clashed with about 15,000 of Lee’s at South Mountain near Turner’s Gap. The battle was essentially a draw with less than 2,000 soldiers on each side dead or wounded. Two future presidents fought there — Rutherford B. Hayes (who was wounded) and William McKinley. Meanwhile, Confederate forces under Gen. Thomas “Stonewall” Jackson fought a three-day battle at Harper’s Ferry, resulting in a resounding Confederate victory with the surrender of more than 12,000 Union troops — the largest surrender of U.S. forces until the Philippines in World War II.

Lee then ordered his army to converge near Sharpsburg along a series of ridges overlooking Antietam Creek. McClellan moved to destroy Lee’s army, which was now united. The stage was set for the bloodiest day in American history.

The landscape of the coming battle included the unostentatious Dunker Church located near the Hagerstown Turnpike. The Dunkers were a pacifist German religious sect, many of whom had been baptized by full immersion in Antietam Creek. North of the church along the turnpike was a wooded area that would become known as the West Woods. Between the church and the Joseph Poffenberger farm, which was on the other side of the turnpike, was the Miller farm with its 30-acre cornfield. East of the cornfield was another wooded area that would become known as the East Woods through which ran the Smoketown Road. South of the Dunker Church was a sunken road that led to the Boonsboro Turnpike and the Middle Bridge over Antietam Creek. There were two more bridges across the Antietam — the so-called Upper Bridge to the north and the Rohrbach Bridge (later named the Burnside Bridge) to the south. Beginning just after daylight on the morning of Sept. 17, this landscape, in the immortal words and literary imagery of historian Stephen Sears, turned red.

The fighting that morning centered on the Dunker Church, the West Woods, and Miller’s cornfield — after this battle, it would simply be known as the cornfield. The cornfield’s stalks were as tall as most of the soldiers. When Union Gen. Joseph Hooker’s troops attacked Confederate forces along the Hagerstown Turnpike, rebel troops rushed into the cornfield. Both sides attacked then retreated through the cornfield in fierce fighting that in Hooker’s description cut “every stalk … as closely as could have been done with a knife.” Historian Shelby Foote wrote that soldiers on both sides “ran into blinding sheets of flame and the air was quivering with bullets.” A Union soldier remembered troops “loading and firing with demoniacal fury” in the cornfield. Among the wounded that day was future Supreme Court Justice Oliver Wendell Holmes Jr. Hooker called this part of the battlefield the most “bloody, dismal battlefield” he’d ever seen. A Union soldier from New York described the fighting there as a “savage continual thunder.”

Confederate Gen. John Bell Hood’s division fought that morning near the Dunker Church, the West Woods, and the cornfield. When asked where his division was after the fighting, Hood replied: “Dead on the field.”

Later that afternoon, the fighting shifted to the center of the field where Confederate troops occupied the sunken road, a strong defensive position made even stronger because Union troops approaching the road couldn’t see its defenders until it was too late. For nearly three hours, Union attack after Union attack was stopped and “a carpet of blue-clad corpses [were] strewn across the fields northeast of the sunken road,” wrote historian James McPherson. But that strong defensive position became a trap when a Confederate brigade misinterpreted an order and abandoned its position in the sunken road. Union troops poured in and attacked the remaining Confederates on their flank. The sunken road soon filled up with the dead bodies of Confederate troops and was thereafter known as “Bloody Lane.”

The last phase of the battle began at Rohrbach Bridge at about 2:00 p.m. Union Gen. Ambrose Burnside ordered his troops to cross the Antietam over the bridge instead of fording the shallow creek. Confederate guns played havoc with Burnside’s repeated efforts to get troops across the bridge. As dusk neared, the Confederate forces left the field. Both sides were exhausted. The butcher’s bill for this battle amounted to roughly 2,108 dead, 9,540 wounded, and 753 missing on the Union side, and about 1,546 dead, 7,752 wounded, and 1,108 missing on the Confederate side. The 12 hours of fighting produced nearly 23,000 total casualties, including nearly 4,000 dead. Many historians believe the actual number of dead is higher, and we know that many of the wounded later died as a result of the wounds suffered at Antietam. “No single day of this or any other American war,” Sears writes, “would surpass that fearful record.”

Historians consider Antietam a Union victory because the Union held the field at the end of the battle, but, in reality, Antietam was a costly draw. However, Lincoln heralded it as a victory — a victory that enabled him to subsequently issue the Emancipation Proclamation and thus place the issue of slavery at the very center of the struggle.

In the end, the bloodiest day in American history settled nothing. The following year, Lee would again invade the North only to suffer a costly defeat at Gettysburg. The second day’s fighting at Gettysburg was nearly as costly as Antietam, but Gettysburg also settled nothing. The battles that decided the war would be fought in 1864 in Georgia, in Tennessee, and, of course, in Virginia, where Union Gen. Ulysses Grant bested Lee in the brutal and costly Overland Campaign.