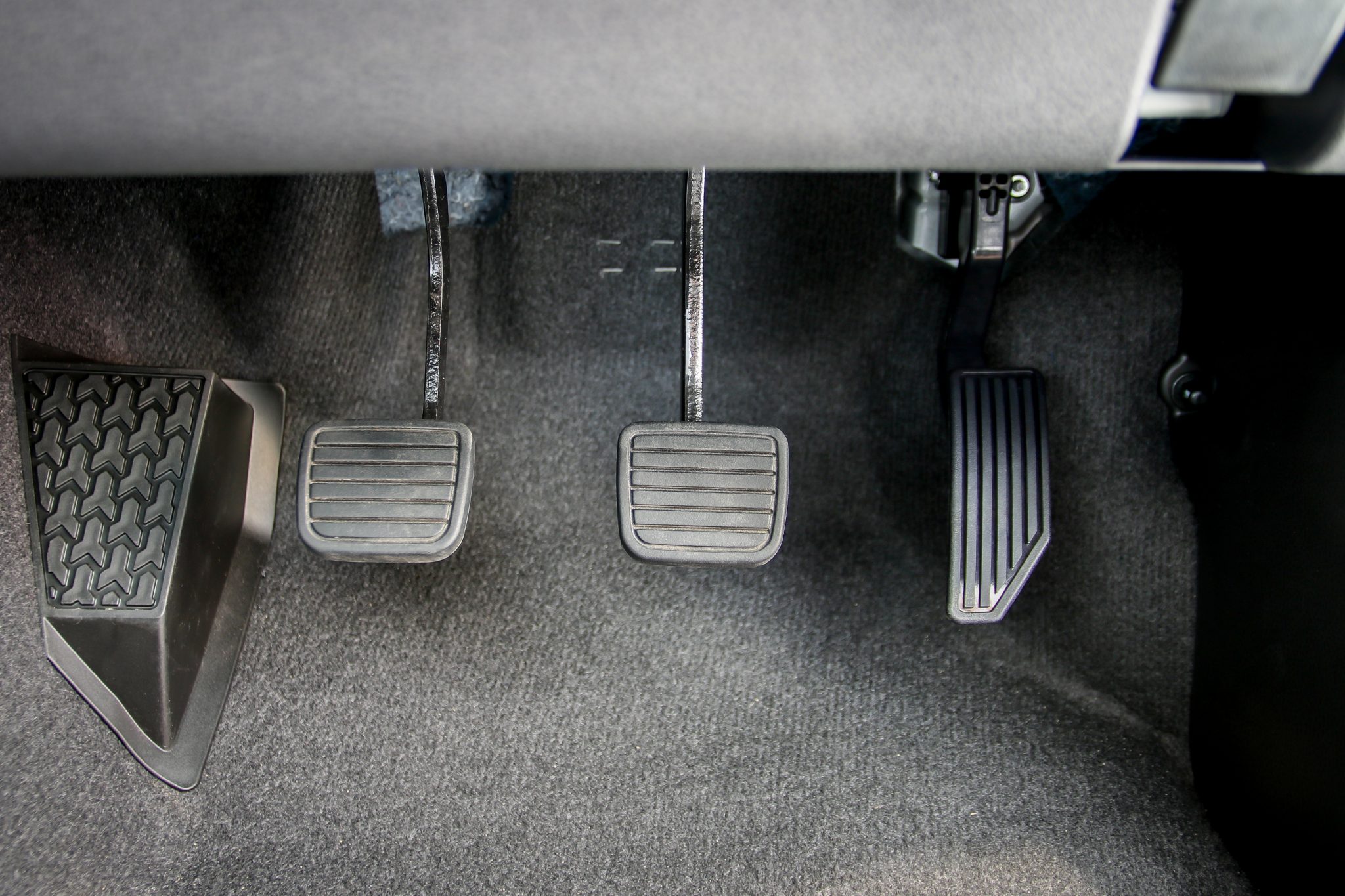 Leaving aside the fun, is there a stronger argument to be made for the manual transmission versus the automatic?

It depends on your perspective.

There is inherent simplicity, certainly.

A modern manual transmission isn’t much different than the ones made decades ago. It is still almost entirely a mechanical thing — and entirely controlled by you.

The main change has been the addition of a slave cylinder, to make pushing in the clutch easier. It works like a brake master cylinder, using fluid to give you more leverage with less effort.

That plus more gears inside the transmission — five or six now versus three or four before.

Otherwise, the manual of today is pretty much the same as it was 40 years ago. Your right hand is still physically connected to the transmission via rods and cables — physical parts.

And you have complete physical control over the shifting.

If you want third — or fifth or sixth — that’s up to you. There is no countermanding computer. The shifting isn’t dependent on sensors connected to wiring connected to other things.

When a problem develops, it is almost necessarily mechanical, too — because that’s almost all there is to go wrong. The only non-mechanical thing is the hydraulically assisted clutch — via the slave cylinder.

This can be a pain to deal with if the manual you’ve got is one that has its slave cylinder mounted inside the transmission — a vicious thing to do — because it can mean having to remove the transmission in order to get at this otherwise minor and inexpensive part. But even in that case, it’s all stuff you can see and get your hands on — things like physical gears/synchros and the clutch and pressure plates and pilot bearing — as opposed to code, which you can’t.

Modern automatics, on the other hand, are inherently more complex. And they are very different now than what they were.

Forty years ago, they were hydraulic things. Fluid pressure rather than direct mechanical interface transferred the engine’s power through a hydraulic circuit (the valve body) and — ultimately — turned the wheels.

There were no wires.

They are now electronic things — the hydraulics and mechanics controlled by a computer and coding that determines when and how the shifts happen. Your right hand does not even engage Park or Drive anymore. Instead, you turn a knob or tap a button that sends a signal to a computer that tells the transmission to move into Park or Drive.

When the computer goes to sleep — or gets senile — it may not put the transmission into Drive. Or let it shift out of second.

Or some other thing. They can be extremely inscrutable.

There are also more things that could potentially go wrong with a modern automatic — and figuring out the what and why is inherently more difficult and expensive — because you probably can’t.

If a modern automatic fails, the cost to replace it — many aren’t rebuildable — can be as high as three or four thousand dollars, which may make it not worth replacing if the car itself isn’t worth much more than that.

Manuals sometimes fail too, of course — but their failure rate (barring abuse, which doesn’t count) is lower. The clutch will eventually have to be replaced, but that is a relatively minor maintenance item — like changing brake pads — compared to replacing an entire transmission.

Automatics practically encourage inattention — because it isn’t necessary to pay attention, given that there’s less driving to do.

So what are the automatic’s advantages, if any?

The obvious one is that an automatic makes driving easier — because anyone can rotate a knob from Park to Drive or push a button to the same effect.

They also make driving faster easier — in a straight line, at least. The skill required to launch the car without just frying the tires (or driving through a chain-link fence) is programmed in and handled … automatically. It takes no more skill than engaging the launch control many modern performance cars equipped with automatics come with as part of their programming. Just push the button — and then the accelerator.

Of course, it takes the fun out of it when anyone can do it.

Allegedly, automatics are more efficient — because they can be programmed to shift at precisely the optimum moment for best-case mileage. And this is true … with an asterisk. The kind you see adjacent to diet pills that promise you will lose “up to” 20 pounds in a week.

The asterisk leads to fine print at the bottom of the page.

Which reads — or would, if they actually published it: The advertised mileage was achieved on a test track and may not reflect your actual mileage.

In order to achieve the mileage touted, modern automatics are programmed to shift into the highest gear possible as quickly as possible, which is good for gas mileage but not so good for driving feel. A too-soon upshift can make a car feel sluggish. This can be overcome by a forced downshift — via pushing down harder on the gas pedal — but that increases gas consumption.

In real-world driving, the automatic-equipped car’s mileage is often less than advertised for just this reason.

And meanwhile, the manual-equipped car’s actual mileage is often better than advertised, if the person driving knows how to. As “advanced” as automatic transmission programming has become, no programming yet available can foresee that curve or downhill or uphill ahead and choose a gear in anticipation of them.

They are fundamentally reactive things.

But the driver of a manual-equipped car who knows his business can gear down or up more intelligently — which is another way of saying more efficiently — than an automatic. That plus the manual’s being a purely mechanical interface between the engine and the drive wheels (automatics lose some of the engine’s potential energy in translation, through the slippage inherent in a hydraulic circuit) means a manual-equipped car can equal or surpass the touted mileage of the automatic-equipped car.

Besides all that, it’s just more fun!