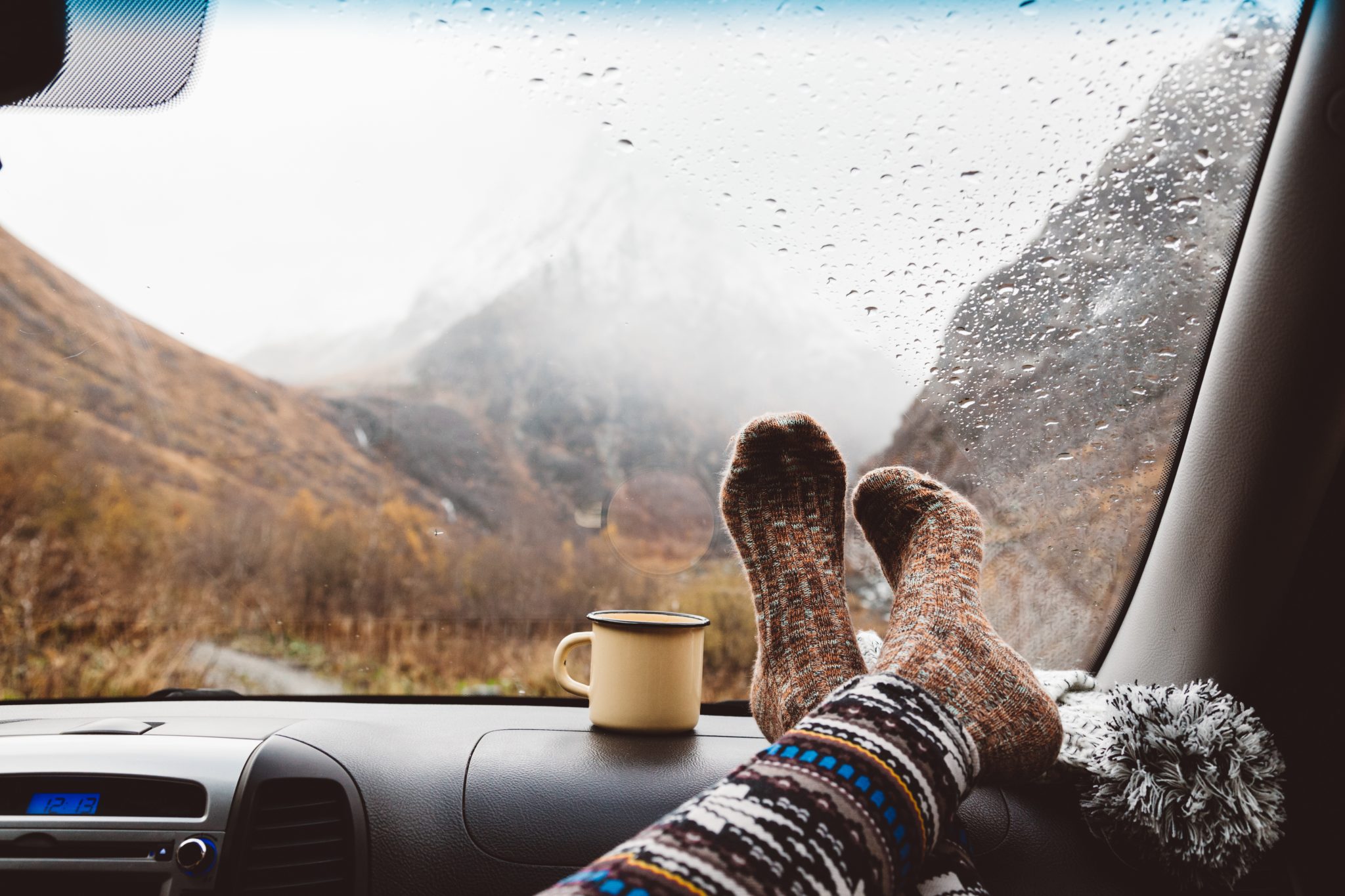 Most new cars will shut off the engine for you — even when you prefer it stays on. How come not one of them will heat up a cup of coffee for you?

Some cars have what are styled “heated” cup holders. But all they do is impart vague warmth.

Why not an in-car microwave oven?

A way to really heat a cup of coffee — or nuke a burrito? We have, as the opening to The Six Million Dollar Man used to say, the technology. Or rather, the power. Many new cars already have three-prong household-style power points, and some also have 48 volt electrical systems.

If that dynamic — between buyer and seller — still existed, we’d almost certainly have microwaves in cars. And other things, too. Things we can’t even imagine, because they never were.

Surely these could be stepped up to handle the wattage load of a small microwave built into the dash.

It’d be interesting to see how many would willingly check that option box if it were offered — especially if they had the option to skip the ASS (automated stop/start) box.

It’s curious, isn’t it, how the things you just know lots of people would probably pay extra for aren’t available — while so many things you know they’d skip if they could (like ASS) they can’t?

This has to do with the weird upending of the previous relationship between buyer and seller. The latter once catered to the former. It is now the unnatural opposite. The buyer is told what he’ll buy, and the seller accepts it because he hasn’t got any meaningful alternative. Because there’s no longer any meaningful competition.

There are different stores, of course. And different brands. But they all largely sell the same things. Because their real customer nowadays is the government, which they all work very hard to please.

It is quite something when you study it a little. A handful of government workers — perhaps a few dozen people, maybe as many as 100 or so — decide which “features” cars bought by millions of people will come with. And which other things they won’t come with.

It is why you can’t buy a new car with T-tops anymore. Or a new truck with seats in the bed (and no roof over your head). It is why the manual transmission is disappearing — and why the ashtray has already disappeared.

Also the gas fill behind the license plate in the rear of the car, which meant you could gas up at either side of any pump. Now you have to line up the side of the car where the door is with the pump. If that side is occupied, you wait — even if the other side is wide open.

These things that people did want are no longer allowed because they offend one or another “safety” mandate imposed by those dozens.

You also aren’t allowed to have the dealer disable the airbags you didn’t want — and which just might kill you. They sometimes do kill people.

Seatbelts are, of course, required. Even if you didn’t want them and never use them (“the law” be damned).

You’re still going to pay for them.

How did this happen? Was a vote taken? A law passed empowering the government — those dozens and maybe 100 or so government workers — to sit around and decide how your next new car would be designed?

In any case, they have acquired the power — and now you know why new cars are so alike. That tends to happen when a few dozen or maybe 100 or so people have the power to decree vehicle design parameters; to decree what you’re allowed to have.

As well as what you must have.

Some will recall what it was like when millions of people had that power instead. The power of the purse — and wallet.

When the new car market was a variety show of possibilities — and actualities. When the gamut ranged from cars that could swim (Amphicar) to cars that looked like they could fly (jet-finned Cadillacs).

You could buy a two-ton tank without treads (and with airbags). Or you could buy a car that would fold up like tinfoil if you got into a tangle with that two-ton tank — but it only cost a fourth as much and it got you from A to B just as effectively, if not quite as comfortably.

The idea being it was up to you to choose — it being your money and all. The choices of millions (as opposed to the decrees issued by a few dozens) determined what was built.

And if it didn’t sell, they stopped building it.

It is why cars like the infamous Edsel disappeared quickly. And it is why electric cars today refuse to disappear.

If that dynamic — between buyer and seller — still existed, we’d almost certainly have microwaves in cars. And other things, too. Things we can’t even imagine, because they never were.

All stillborn because of the insolent interferences of those dozens.

Perhaps there is a saaaaaaaaaaafety issue with in-car microwaves? People might get distracted. Of course, in-dash laptops (and mouse pads on the center console) are just fine somehow.

Like everything else in this country, there is no standard based on a principle applied evenly. Instead, the rules — the mandates — are applied arbitrarily and cognitively dissonantly. Imposed by the few upon the many.

Face diapers for healthy people — back-up cameras for people who can see.

Wouldn’t you rather just have a hot cup of coffee?