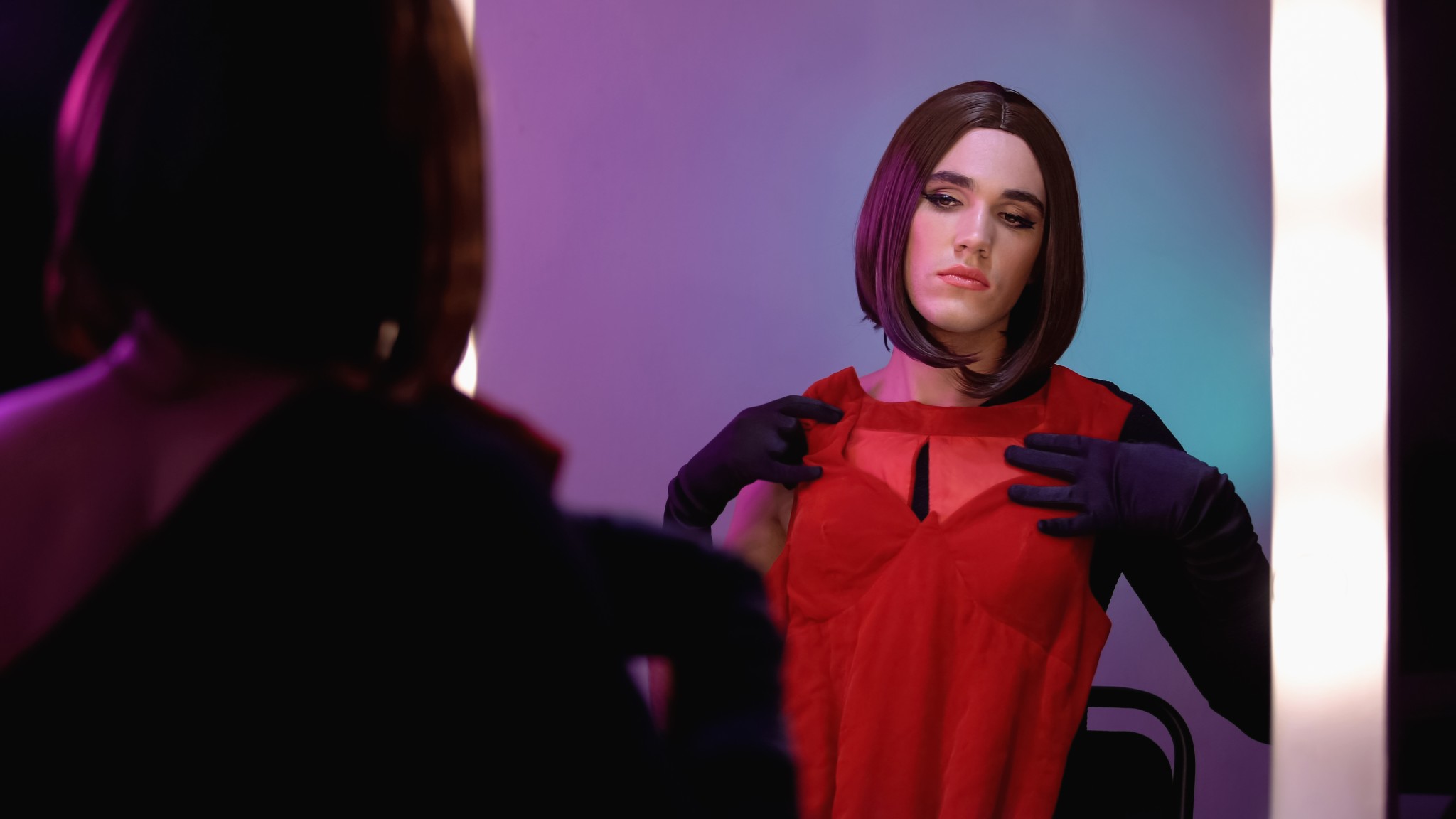 Moore, a political activist who is the “trans rep” for the youth wing of the U.K.’s Liberal Democratic Party, blasted his claims around social media, naming the business — Monsoon in Birmingham, England — and using his political clout to inflict a firestorm of complaints on the company.

Hi @MonsoonUK, Just been into your Bham store to try on a couple prom dresses, but was told I wasn’t allowed to because of my gender assigned at birth. Could you confirm if this is company policy? thanks 🙂

Moore’s story garnered him nationwide media attention. In an interview with the U.K.’s Metro newspaper, he gave a tell-all account, claiming that as he started to undress, an employee told him that “We don’t allow men in here, you’re going to have to wait outside.”

“It was humiliating,” he lamented. “You know, it takes a lot of courage for someone who is not traditionally feminine presenting to go to a store and try on dresses, for then to be told ‘you’re not welcome.’ It’s a shock to the system.”

Moore said that the changing room had “cubicles,” so after the staff member initially made contact with him, he put his clothes back on and sat in the changing area outside of the cubicles.

He says that after he had been sitting in the changing area for five minutes, the same staff member told him that he would have to wait at the front of the store and that “they had lots of complaints from women and children.”

“We are seeing transphobia everywhere at the moment,” he wailed. Moore said that he was using the incident to raise $1,500 for his own estrogen injections. So far, he has raised $900.

finally going to see @bears_in_trees after approx 4 years of gigs clashing or being cancelled pic.twitter.com/vbQxGnkOKu

The incident came one week after the U.K.’s Equality and Human Rights Commission released new guidance on single-sex services like bathrooms and locker rooms. The commission said there are “circumstances” where a provider can “prevent, limit or modify trans people’s access to the [single-sex] service.” The guidance interprets the law set forth in the 2010 Equality Act.

The commission lists possible reasons for excluding people who identify as transgender from single-sex services, including “privacy, decency, to prevent trauma or to ensure health and safety.” It said, however, that excluding such persons “might be unlawful if you cannot show such action is a proportionate means of achieving a legitimate aim.”

The law thus leaves it up to individual businesses to decide whether or not they want to permit trans people into their bathrooms and locker rooms, with the caveat that it requires them to justify their decision.

Maya Forstater, the executive director of the gender-critical organization Sex Matters, called the guidance “a big step forward.” She said, “It recognises that everyone’s rights need to be balanced, and often the way to do this is with a policy based on biological sex, expressed clearly and simply.”

Forstater gained fame after she was fired from her job as a researcher for the Centre for Global Development for believing biological sex is immutable and the Employment Tribunal ruled that her beliefs were “not worthy of respect in a democratic society.” She later won the appeal.

While kicking Moore out of the women’s fitting room falls within Monsoon’s purview, according to the updated guidance, the retailer decided to announce following Moore’s pressure campaign that its fitting rooms are open to biological men.

Monsoon profusely apologized to Moore, both publicly and privately, saying that its fitting rooms are “available to all our customers.”

Hi Charlie, we’re sorry to hear of the experience you had in one of our stores. Our fitting rooms are open and available to all our customers and we have opened an investigation into this incident……

Monsoon said it would give Moore a free prom dress: “We would like to welcome you back into the store where we would be happy to help you find your perfect prom dress, and it’s on us,” the company told him. “Everyone deserves to feel magical for prom so we hope this get your prom journey on the right foot again and hope you find something you love.” (Moore responded that he was unlikely to take the offer because “the issue is much bigger than a dress, frankly.”)

Monsoon’s response demonstrates that when it is up to individual businesses to decide whether or not to provide women and girls with single-sex bathrooms and locker rooms, those businesses will very often elect to permit biological men into those spaces, especially if LGBTQ activists and organizations run campaigns to pressure them into doing so.

In the U.S., a variety of states are considering or have considered laws that would make it illegal for people to use a bathroom that does not correspond to their biological sex.

North Carolina is the only state to successfully pass a law making it illegal to use the opposite sex’s bathroom, which it did in 2016. North Carolina’s government received backlash from liberal activists, causing the state to lose out on hundreds of millions of dollars in business transactions. Six states also banned government workers from non-essential travel to North Carolina in reaction to the law. It has since been repealed.

A September 2021 survey by the Public Religion Research Institute found that 47 percent of Americans support requiring people to use the bathroom designated for their biological sex.

That support was 12 percentage points higher than in 2016, when North Carolina’s bill was passed, indicating that a similar bill passed today would achieve greater support than six years ago.

As Moore’s campaign shows, privacy protections for women’s intimate spaces must be enshrined into law in order to ensure biological men cannot access them.