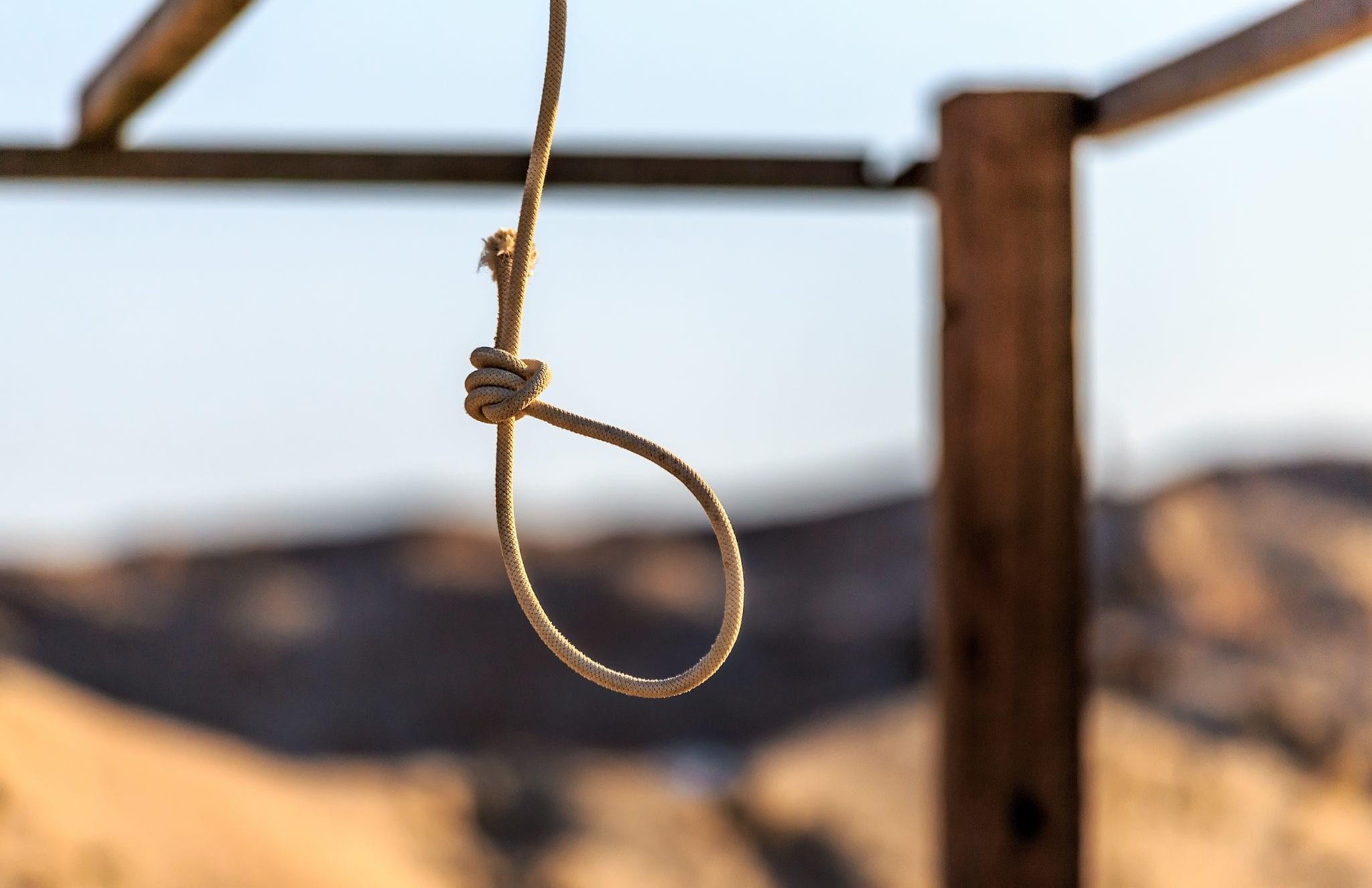 We can’t seem to have a news event (and everything that happens in our capital city is a capital-“E” Event these days) without the searing cry in the background, drowning out all other discourse: “Impeach! Impeach!” You might call it an echo of the old exhortation, “Hey, somebody get a rope!”

One thing must be clear before we proceed. Nothing that follows can be construed as laughter at a whole range of voter frustrations with the style and performance of Donald Trump, who, as the Wall Street Journal has rightly noted, is his own worst enemy. My point, I hope, is larger. It is, namely, the growing exhaustion of our moral resources and capacity for patriotic outrage on account of how we’re fast turning into a hang-’em-high society.

Leave aside Trump for the moment. Let us cast our minds back, oh, a week or so ago to the drumhead court martial and sentencing of Brett Kavanaugh. Drumhead? No one had time to seek out and find a bass drum around which to convene the national tribunal that gathered instantly on reading grubby allegations about, what else, Mr. Justice Kavanaugh’s alleged sexual misdeeds several decades ago. He was awful to women, it was reported — yes, without corroborative evidence, but we’re supposed to know, after the past year, how awful is the justice, on the unproved, highly-highly-highly dubious allegations of Dr. Christine Blasey Ford.

So a majority of Democratic presidential candidates, without a shred of evidence, called for impeachment. Said Beto O’Rourke, “We know he lied under oath. He should be impeached.” We know what? And we know it how? On Beto’s say-so? Hmmm.

“Sentence first — verdict afterwards,” demanded the Red Queen in Wonderland. To which piece of moral instruction the sensible Alice rejoined, “Stuff and nonsense!” (What do you want to bet a 21st-century girl of spunk wouldn’t muzzle herself with a modest work like “stuff”?)

Lewis Carroll understood human nature in a way worthy of study today — if he could get an audience. The modern American capacity for stuff and nonsense is growing, with the encouragement of the social media community (so to call it) and of politicians glad to be relieved of the duty of thinking through a complicated matter. Or, for that matter, a straightforward one, such as guilt. Impeach! What an easy way out! Says it all, in smoke and thunder.

Large implications arise from “the easy way,” however. We should consider them carefully.

First is the precedent that people like our friend Beto are setting for evidence-free judgments. To save time, naturally. What your viscera tell you, you needn’t explain. Yelling is all it takes.

A second implication is the certain effect on perceptions of fairness and justice. Justice? Surely that’s no longer the point. The point is results. We get a rope around a certain so-and-so’s neck. And what do you know — lynching isn’t the bad thing we were coming to see it as being.

Then we really get down to cases: principally, political lynching as the fallback solution to problems with foes and adversaries; who, because they differ with you on significant points, philosophical or practical, seem to merit punishment. Maybe they do merit it, depending on what may come to be known through calm investigation — assuming such an ideal still exists. Impeachment is designed as a last resort, however, which is why Nancy Pelosi hasn’t resorted to it. She knows what a mess it would create.

For all but the worst and foulest cases, the democratic remedy for abuse is supposed to be — gee whiz — an election: a popular referendum on the accused, resulting in affirmation or rejection. The impeachment lobby can’t wait for the people to speak? What astounding impatience in Trump’s case. A new Wall Street Journal/NBC News poll says 69 percent of voters dislike Trump personally — hence, by inference, might well be up for casting him from office.

Or maybe not. You can’t successfully predict the stakes a year hence. You can predict one thing. Should the Law of the Noose become the law of modern politics, the effects on justice, on the political process, on democracy itself would fail to gratify — just for one example — the men in long-tailed coats who began this whole American enterprise.