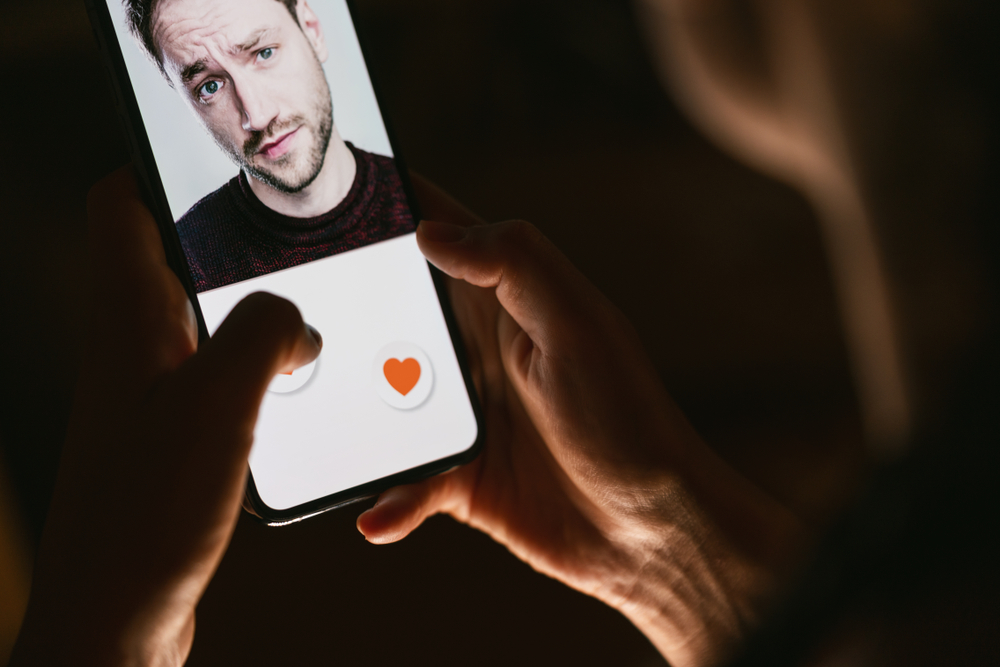 Monday I ran across an interesting blog post at Common Sense by Suzy Weiss on something most of us need to start paying attention to.

It was occasioned by the 10th anniversary of Tinder making its debut in the app stores, and it discussed the societal impact that online dating apps have made on the love lives of the single.

Weiss’ verdict isn’t a good one, and she’s not wrong:

By the time my parents were my age, so the meme goes, they had a house and two kids. A lot of men in my generation aren’t even having sex.

This isn’t just millennial whining. There is an overwhelming amount of data showing that the younger generations in America are miserable — and struggling badly to find companionship.

Marriage rates are down. The percentage of children born out of wedlock and growing up in single-parent homes is skyrocketing; while that used to be a phenomenon restricted largely to the black community, it’s penetrating into Latino and white households rapidly.

Rates of depression and mental illness are up. Frighteningly so. And drug use — not just recreational use of things like weed, but heavy prescription drug use for mental and emotional maladies — is through the roof.

But worst of all, our birth rate is cratering. We’re now in a demographic death spiral almost as severe as that seen in China, Japan, and Western Europe (Eastern Europe as well, to be honest, though some countries there have begun attempting public policy solutions to reverse the trend).

All of these point to something Weiss talks about in her post — which is that we’re losing the ability to form nuclear families, and we’re feeling that loss in a very measurable and meaningful demographic decline.

Ten years ago nobody knew what an “incel” was. Now it’s almost normal to be one.

And lots of quite marriageable people who ought to make pretty good parents are out of the game altogether.

It’s a cultural — defining culture in this case as the sum total of the behaviors of a society — problem that our so-called cultural elite are either hard at work fostering or at least lack the energy to address in the content our mass media blasts to us.

Pop music songs are about sex nowadays, not love. Pop music doesn’t even reflect sentimentality much anymore. Even in country music, where sentimentality used to be king, the songs are more often about drinking and carousing than finding true love or celebrating family.

TV shows and commercials deride the nuclear family even when including it in the formula. We’ve gone from Father Knows Best to depicting Dad as a bumbling buffoon dependent on his wife.

And when love is depicted on screen, it’s either forbidden or formulaic — and disproportionately unrealistic. Not to mention what’s increasingly promoted in popular culture isn’t the nuclear family but … something else. Last week the top show on Netflix was Devil in Ohio, a sort-of teen horror series about a girl who escapes from a satanic cult to end up with a well-to-do family with three daughters, two of whom are in high school. Naturally the oldest chooses an interracial lesbian relationship over a boyfriend while the middle daughter’s best friend is a glitteringly gay boy. The insistence on woke theology over the classic pop-culture mission of reinforcing a society’s core values is something quite new in civilizational history.

And the effect of this nonstop messaging isn’t a good one.

Feminism preached to young women that they shouldn’t tie themselves to a man and a family while they’re young. So instead we got hookup culture and Tinder, and it’s an unqualified disaster for virtually everyone but … the most sexually attractive men, who can find a different woman to have consequence-free sex with any night they want. Those were the men feminists hated in the first place, and they’re also the men the #MeToo movement sought to bring to heel.

Those guys, or many of them at least, will never settle down and likely won’t learn the skills and values necessary to be good fathers. The old saying “Why buy the cow when the milk is free?” — which used to be an admonition to young girls about the necessity of chastity — has become like a bell around the neck of a whole generation of girls who are more unfulfilled than ever.

And the culture’s response is to drive them into unfulfilling corporate jobs, which are superhighways to middle-age affluence and professional redundancy. So many wake up in their 40s realizing that they’ve hit terminal velocity at XYZ Corp, with a few bucks in a 401(k), a gym membership, and a house full of cats — and a panicked realization they’ve given away too much of their lives to something that’s done giving back.

The demographics of that aren’t good. A replacement-level birth rate of 2.1 kids per adult female is hard enough to achieve when the majority of healthy women are participating. Take a higher-than-ever percentage out of the active pool thanks to the cultural prominence of the queer agenda, then let Corporate America steal away even more, and that 2.1 will turn into 1.6 pretty rapidly. If you’re 40 before you contemplate having kids, 1.0 might be the best you can do.

Of course, anyone who brings those subjects up is immediately castigated as a prude or “judgmental.”

But Weiss has a very revealing quote from one of her interview subjects, a man she calls Phillip:

“I’m assuming these things don’t give you as much as a normal life would,” he says, “but it stops people from hitting rock bottom. The lowest possible quality of life you can have, with the internet, is still kind of tolerable. It’s not absolutely awful. You can sort of exist in that, and there’s nothing to give you a kick up the butt because it’s not the worst thing.”

And without that understanding it’s impossible to make oneself valuable to others.

Then throw the dating apps as the primary means by which people meet each other — we’re so lost as a society that it’s now “creepy” for someone to make a pass at someone else, when it was formerly understood that this was a sign of appreciation and the only way a relationship was ever going to happen — and it gets worse. The “swipe” apps reduce a human being to a photograph and a few lines of drivel and include none of the factors that actually matter for a successful relationship; they’re utterly destructive at a time they’re badly needed to solve the crisis of romance our society is in.

And the “swipe” apps perpetuate the hookup culture. Eighty percent of the women go for less than 20 percent of the men, who use apps such as Tinder as an online brothel. Everybody else is wasting their time.

This column doesn’t have any grand plans to fix our broken culture. But two things seem likely.

First is that all of this misery cries out for something our cultural elites are doing everything they can to keep from happening — namely, a religious revival. Practicing Christians and Jews, in particular, don’t have these problems, at least not nearly on this scale, and are on average far happier and have sturdier families than the rest of Americans. (READ MORE from Scott McKay: The Great Upheaval Is Coming. It’s Almost Here.)

And second, don’t be surprised to see society begin to revisit arranged marriages. Exactly how that gets pulled off in the 21st century is unknown, but there are people out there paying matchmakers to find them spouses, and this crisis will only expand that phenomenon.

But there’s something else that will have to happen, and very well might — which is a recognition by large swaths of Americans that a focus on entertainment, celebrities, politics, and other venues in which the lives and stories of others take precedent over one’s own is an utter failure.

Are you a good son or daughter, father or mother, or friend? Are your individual values sound, or are you a misanthrope, a narcissist, or a sociopath?

So much of what’s wrong with us traces back to that. Fix it, and healthier families can follow.