by Itxu Díaz
Silent prayer could get you arrested (Krakenimages.com/Shutterstock.com) 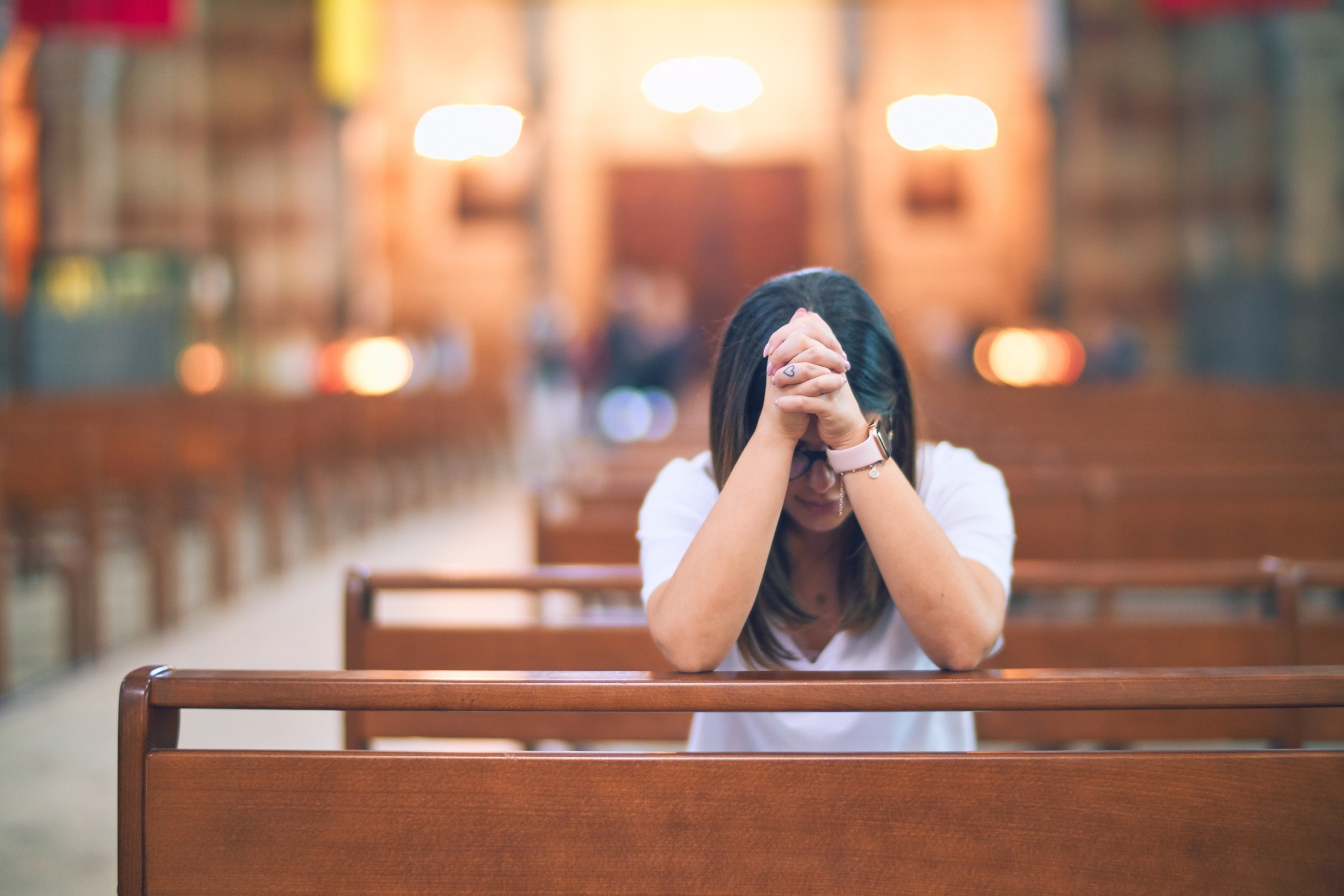 Freedom is like a bad girlfriend. You don’t know her for real until she leaves you. We can go on believing that we are free, that we live in free societies, that we have the right to exercise our freedom, and that free trade, freedom of the press, and freedom of conscience are still in full swing. We can go on as we are as long as we want, the same way I get as fat as an orc every Christmas and then try every kind of trick in the book to cheat the scales, including the one I tried this week, which works a bit like an Instagram filter, and consists of weighing myself while leaning only on one leg. It’s true that the happiness it bestows is short lived, but whilst in the case of the scales it’s harmless, in the case of our freedom it is not.

A shocking video has made the rounds on the internet. A pro-life volunteer is identified, frisked, and finally arrested in Birmingham, U.K., accused of “mental prayer” in front of an abortion clinic. The woman has been charged on four insane counts, when her only crime was admitting that she “might” be praying silently, when police asked her what she was doing standing silently and staring at the ground in front of an abortion clinic.

At the police station, Isabel Vaughan-Spruce was shown several photographs of herself in which she could be seen standing, with her hands in her pockets, and in a pensive and peaceful attitude looking at the ground, as if absorbed in her thoughts. The policemen asked her if she was praying at the time. The young woman said that she does not know exactly, that she could be praying, or maybe she was distracted thinking about other things, like what she was going to cook that day.

“It’s abhorrently wrong that I was arrested, brought into cells, searched and humiliated by police simply for praying in the privacy of my own mind,” Isabel later explained. “Censorship zone legislation purports to ban harassment, which is already illegal and obviously justifiable as nobody should be subject to harassment. But what I did was the furthest thing from harmful — I was exercising my freedom of thought, my freedom of religion, inside the privacy of my own mind.”

Of course it is abhorrent. It is unfair. It is stupid. And it is disturbing. That woman has gone to jail because a policeman suspected that in her silence she might be praying. Couldn’t she simply be thinking about where she left her keys? The British thought police go much further than many bloody totalitarian regimes have gone.

What has happened to Isabel Vaughan-Spruce is not an exception, however. In very similar circumstances the police have arrested several pro-life activists in Spain after the passing of a law that prohibits standing at the door of these murderous centers. It is likely that in a few years, I will not even be able to write that these are murderous centers, where human sacrifices are practiced to quench the devil’s thirst for blood, in the same satanic ritual that the Aztecs exercised high in the mountains with their own children.

But whatever it is, I don’t care what Isabel claims. Even if I didn’t agree with her, it would be time to admit that, if we allow this kind of abuse in our theoretically healthy democracies, we will have lost the precious commodity of freedom. And when we lose it altogether, when no one can do anything anywhere but the bidding of deified governments, or UN globalists, then our tears will be in vain.

I demand my freedom of thought and I never thought that in this day and age I would have to write something like this. I demand my freedom to think that we are governed by psychopaths, freedom to commit terrifying crimes within my imagination, or to spend a little time in prayer, or humming Beatles songs, or reviewing the multiplication table, without having to answer to any armed and uniformed gentleman, carrying out orders from the band of extreme leftist (and extremely sectarian) psychopaths that populate the parliament.

Give me back my old ’80s freedom and you do whatever the hell you want.