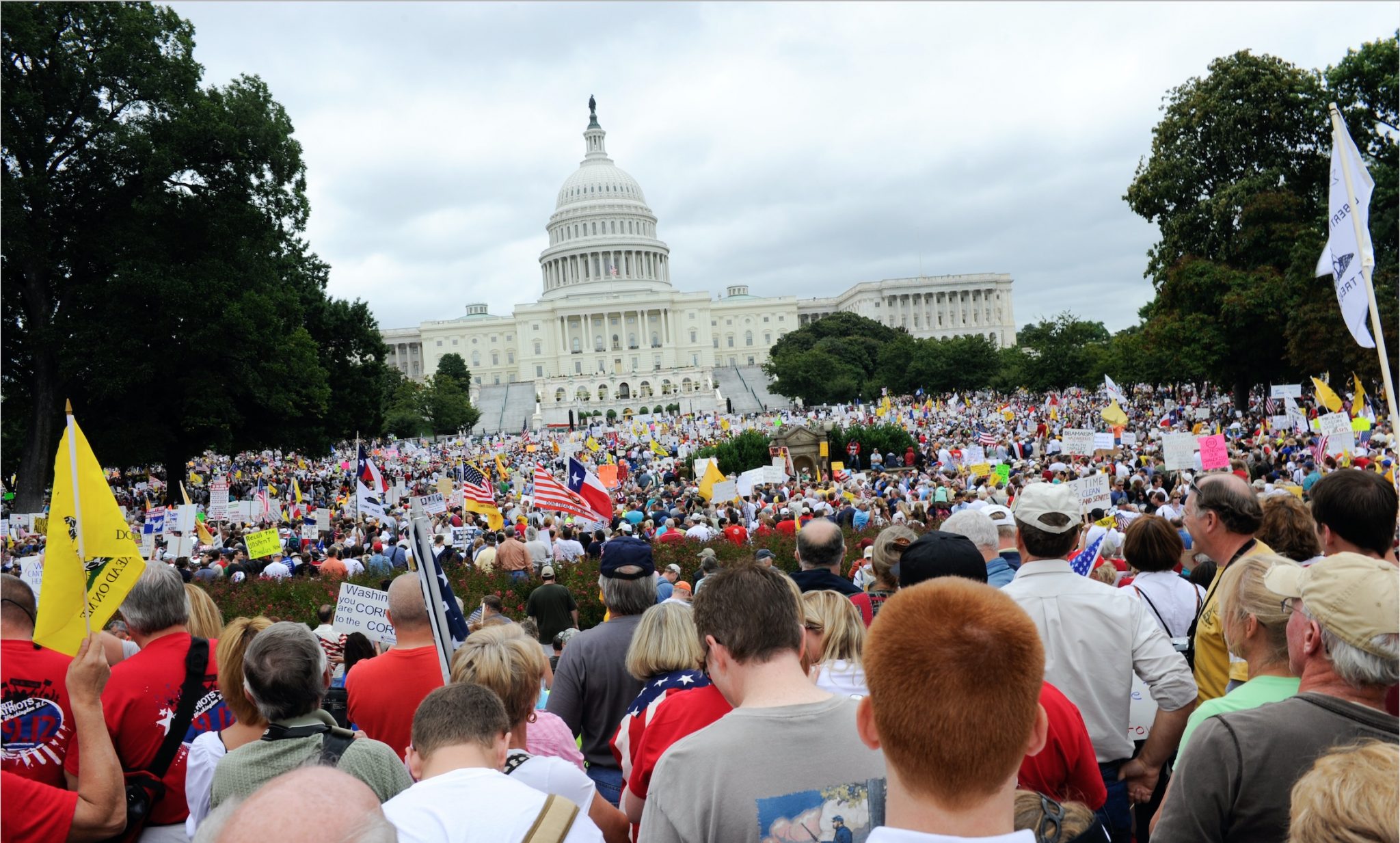 The Washington Monthly recently singled out yours truly as a typically deluded Republican, “desperately hoping” that Donald Trump’s presidency can be saved by anti-quarantine protests, which we envision as “a renewal of the Tea Party spirit.” This fatuous nonsense is presumably based on a hasty perusal of a column warning the Democrats not to belittle the lockdown protestors lest they provoke an electoral backlash similar to that which they endured a decade ago. The author of the article, Nancy LeTourneau, predictably deploys every demeaning cliché ever circulated about the Tea Party movement and the current protests that she can conjure, including the tired canard that racism has been the animating force behind both.

This charge was routinely used — without a scrap of evidence — against the Tea Party movement. Because President Trump’s predecessor was black, the fallback response to any criticism of his policies was, “RACISM!” LeTourneau unconsciously reveals this as she explains why the anti-quarantine protestors will ultimately fail to wield the influence enjoyed by the Tea Party movement at its height: “Republicans face a few challenges when it comes to reigniting the Tea Party fervor. The most important ingredient is that it is lacking an African American president. There can be no doubt that the previous movement was fueled by racism.” This absence, she concludes, will lead to Trump’s demise.

The obvious flaw in this theory is illustrated by Trump’s 2016 victory. Trump will almost certainly defeat Joe Biden because the former vice president and the Democratic governors of crucial swing states refuse to take the lockdown protestors seriously. Neither they nor the journalists who fawn over them seem capable of grasping that the voters really do resent losing their livelihoods and personal liberty pursuant to arbitrary stay-at-home orders. Trump, on the other hand, instinctively understands this reality and provoked shrill cries of outrage from Democrats and the media by calling the lockdown protestors “good people,” despite false claims that they are dominated by white supremacists:

Last weekend, thousands gathered in Washington, Michigan, Maryland, and California to protest lockdown orders resulting from the coronavirus pandemic.… And these protests only seem to be picking up steam: On Friday, thousands stormed the Wisconsin State Capitol, carrying flags and wearing Tea Party regalia.… But what has been most glaringly obvious about these protests isn’t the far-right theatrics. It’s that almost everyone marching to end stay-at-home orders is white.

Presumably, this is why most of the large lockdown protests have occurred in such notorious confederate bastions as California, Connecticut, Colorado, Idaho, Maryland, Minnesota, Michigan, New Hampshire, New Jersey, New York, Nevada, North Dakota, Ohio, Oregon, Pennsylvania, Washington, Wisconsin, and Utah. The states that comprised the old Confederacy — most of which have large African-American populations — have seen relatively few lockdown protests. The major exceptions have been North Carolina and Virginia, whose Democratic governors have extended their stay-at-home orders well into May. Virginia Gov. Ralph Northam is also the subject of a federal lawsuit:

A Virginia church filed a federal lawsuit against Gov. Ralph Northam after police threatened the pastor with jail time or a $2,500 fine for violating the state’s coronavirus closures. Kevin Wilson, the pastor of Lighthouse Fellowship Church on Chincoteague Island, was served a summons for holding a Palm Sunday service on April 5 with 16 people spaced far apart from one another in a sanctuary that fits 293 people. Authorities said Wilson and the church violated the Virginia Constitution.

It isn’t altogether clear how worshipping in a church could possibly violate Virginia’s Constitution. The Virginia Statute for Religious Freedom is widely considered “the driving force behind the religious clauses of the First Amendment of the U.S. Constitution, ratified in 1791.” It is clear, however, that Gov. Northam will avoid playing the race card against the lockdown protestors that have besieged Richmond at least twice during the past month. Last year it was discovered that he and another individual posed for a racist photo that appeared in his medical school yearbook. So, unless he’s clinically insane he will steer clear of such charges. Other critics of the protests won’t be thus encumbered.

They will continue to make the false claim that Trump was slow to respond to the pandemic and attribute that mythical delay to the disproportionate toll COVID-19 takes on African-Americans. It’s true that, according to data from the Centers for Disease Control and Prevention (CDC), about 30 percent of coronavirus patients are black and that they constitute about 13 percent of the population. But the claim that President Trump knew these statistics fails the laugh test. Moreover, the most startling demographic characteristic of the pandemic is the gender disparity among its victims. COVID-19 kills twice as many males as females. Moreover, this unsettling datum is disconcertingly consistent worldwide:

All over the world — in China, Italy, the United States and Australia — many more men than women are dying from COVID-19…. In Italy and China deaths of men are more than double those of women. In New York City, men constitute about 61 per cent of patients who die.… One major variable in severity of COVID-19 is age. But this can’t explain the sex bias seen globally because the increased male fatality rate is the same in each age group from 30 to 90+.

Who thinks Donald Trump would dawdle while his strongest supporters died? Yet this is what you must believe if you buy the claim that he was consciously slow off the mark because the pandemic disproportionately affects blacks. Even more implausible is the notion that lockdown protestors in more than half of the states are in on the plot and willing to sacrifice the lives of their husbands, fathers, and grandfathers to the cause of white supremacy. You must take all of these things seriously if you, like our friend from the Washington Monthly, believe that the lockdown protests are part of a desperate attempt to revive the “racist” Tea Party movement to save Trump from certain defeat by … er … Joe Biden?

David Catron
Follow Their Stories:
View More
David Catron is a recovering health care consultant and frequent contributor to The American Spectator. You can follow him on Twitter at @Catronicus.
Most Popular
Sign Up to receive Our Latest Updates! Register