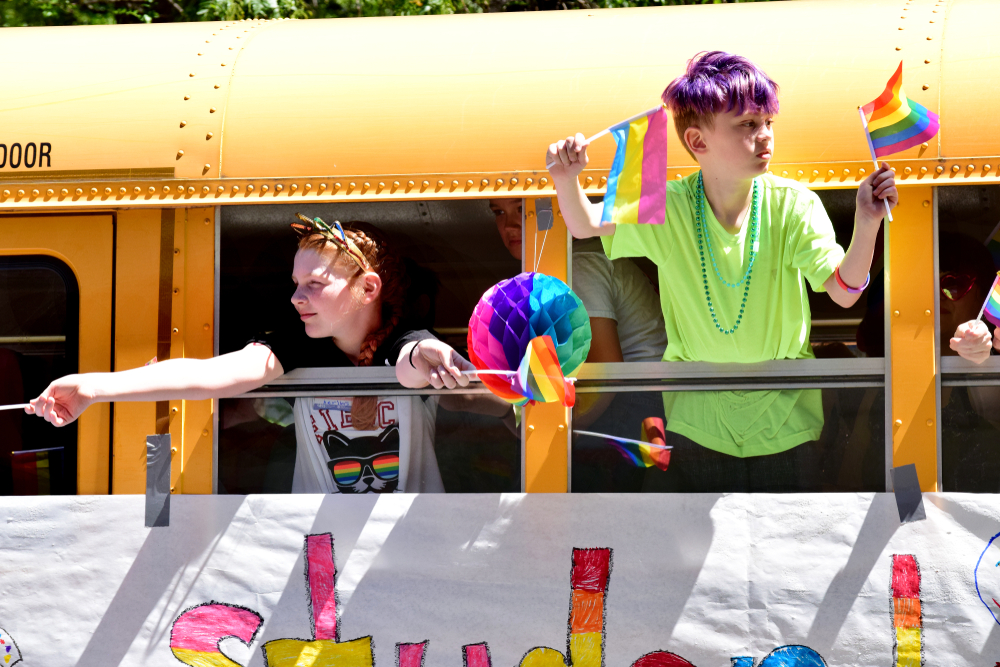 “Tolstoy used to write in the town square. The faces inspired him.” Elaine’s boss said it on Seinfeld, so it must be true. Now that the masks have all been put away — no, make that most of the masks, for even as I type this, at Schiphol airport, a woman in a mask is ordering coffee — the faces, inspiring or not-so-inspiring, are on view again, and the return to un-interdicted travel has made it possible for me, after a two-year gap, to get out of Norway for a long weekend and get my regular fix of Amsterdam.

I have to admit that compared to most people in Western Europe and North America, I got off very lightly during lockdown. I’m half a hermit anyway, spending most of my day sitting at home and typing. Also, I live in a small town where you don’t often get within six feet of your neighbors even in ordinary times, where, at the height of the pandemic, the COVID infection rate never climbed too high, and where local officials seemed less eager to regulate and control than their counterparts in many other places. Unlike many unfortunate people, moreover, I didn’t lose a business because of irrational closedowns.

Anyway, Amsterdam was as beautiful as ever. And lively. Though it was mid-October, tourists were ubiquitous. It’s been 25 years since I first visited the city and resolved to move there — no, not because of all the hookers and weed — and 24 years since I became aware of the massive Muslim population living on its outskirts. Remarkably, you can still spend weeks in central Amsterdam and not realize that Islam is the city’s largest religion — and a looming threat to all the freedom on display.

It’s really quite astonishing, especially since the situation is very different in some other European cities. Since I moved from Amsterdam to Oslo in 1999, the Muslim population of the Norwegian capital has grown like crazy, and you can’t miss it. One evening this summer, I met for drinks there with four high-octane New York lesbians — strangers to me but friends of a longtime friend of mine — who’d just arrived in town a few hours earlier. Beforehand, I worried that they’d be insanely PC and would hate my guts as soon as they got my number. Instead, within minutes after saying hello, one of them blurted out in utter astonishment, “What’s the deal with all the Muslims here?” (Fortunately, these were the unusual kind of blue-state lesbians who actually know what Islam teaches about lesbians.)

When they should have been developing self-confidence, children were learning to fear.

The other day, at a favorite Amsterdam watering hole, I fell into a chat in English with a charming young blond fellow who told me he’d just moved to Amsterdam a few weeks earlier to make his career. I asked where he was from. When he said Sweden, I switched to Norwegian, and he switched to his native tongue. When I inquired what kind of work he’s pursuing in Amsterdam, he replied with an impish smile, “Jag prostituerar mig själv.” Well, some things never change.

A day or two later, turning onto one of those narrow, crooked little pedestrian alleys in the oldest part of town, I passed a family of three sitting at a table outside of a tiny eatery — a young father and mother and their blond little girl, about 8 years old. The dad was holding his cellphone in his outstretched arm, training his camera on all three of them for a family picture. The parents were obviously both having a good time. But the little girl was something else — a portrait of absolute, unmitigated childhood joy, a kind of joy that, except in the most lucky or sheltered or imbecilic of adults, is inevitably shaded by at least a touch of grief.

I was reminded of the end of one of my favorite movies, Yves Robert’s My Mother’s Castle (1990). Based on the memoir of the French writer and film director Marcel Pagnol (1895–1974), the film conjures up his boyhood holidays in the countryside near Marseilles. Those holidays, at least as he recalled them, were one long, idyllic adventure with special friends and gentle, loving parents.

But such joy is doomed to disappear. Just before the end of the movie, we jump forward to the heartbreaking image of young Marcel and his little brother, Paul, both clad in black, walking in the funeral procession for their mother, a woman of fragile health who died early. The film then flashes back to a memory of a glorious summertime dinner in the countryside, the table placed outside the house and groaning with plates of food, and Marcel’s entire extended family sitting around it, relishing the repast and one another’s company. As we cut to a close-up of little Paul, taking it all in gleefully — another picture of absolute childhood delight — the adult Marcel intones in voice-over: “Such is the life of a man. Moments of joy, obliterated by unforgettable sadness. There’s no need to tell the children that.”

Exactly. There’s no need to tell the children that. There are some things about adulthood for which children should be prepared — for example, learning to take responsibility and to take pride in a job well done. But there are other things about adulthood from which children should be protected. Childhood should be a time of magic, a time of endless summers that feel like promises of immortality, a time for Santa Claus and the Easter Bunny.

Unfortunately, Western societies are increasingly run by people who seem to want to rob children of childhood. Jesuit founder Ignatius of Loyola supposedly said, “Give me a child till he is 7 years old, and I will show you the man.” For two to three years during lockdown, people in positions of power — government authorities, school authorities, medical authorities — ignored their own assertions about the low lethality of COVID among children and forced them nonetheless to mask, to stay several feet away from one another, to constantly spritz disinfectant onto their hands like some wacked-out hypochondriac, and to attend class online.

Two to three years is a very long time in the life of a child.

Where were the experts in early development — for heaven’s sake, where were the reasonable parents — who should have been shouting from the rooftops about the multitudinous ways in which those restrictions were absurd and cruel, a sure way to damage children psychologically and socially at a time when they should be learning to form personal attachments, to interact appropriately with their peers, to read faces? When they should have been developing self-confidence, children were learning to fear. When the idea of death should have been at the periphery of their consciousness, they were surrounded by adults obsessing over mortality.

Yes, children should learn discipline — obeying their parents, teachers, police officers. But the orders should make sense. They should be just. When waves of COVID swept throughout the Western world, children were subjected to the kind of arbitrary measures that are maliciously designed to accustom people to authoritarian rule. Bringing up children should involve a degree of taming — otherwise they grow into feral beasts — but a child’s natural sense of freedom should never be broken.

But the pandemic cruelty wasn’t all. Even as governments were forcing unnecessary health strictures on the population cohort that was by far the safest from the virus, school officials around North America — and, increasingly, in other countries living under the yoke of progressivism — were spreading the word that even youngsters in nursery school and kindergarten desperately need to be inculcated with critical race theory and gender ideology. Children who’d never been encouraged to pay much attention to the color of their skin or their friends’ skin were now being told that melanin is destiny, that it separates the oppressors from the oppressed, the victimizers from the victims, the sheep from the goats. (READ MORE from Bruce Bawer: Diving Into a Pool of PC)

Meanwhile, barely aware yet of what a pronoun is, they were being told that they could choose their own personal pronouns — and then change them at will, again and again and again. When they should have been learning to count and to read, they were instead being pressured to worship at the altar of transgenderism, to salute the pride flag rather than Old Glory. And whereas in professional medical circles the idea of subjecting minors to serious “sex-change” procedures had, until recently, been well-nigh unthinkable, in the last couple of years, formerly respected hospitals — and, incredibly, the American Medical Association — have been pushing the envelope, calling, essentially, for the instantaneous butchering-on-request of the genitalia of younger and younger patients, as well as for the silencing of adults who dare to criticize this evil folly. How likely is it that the exploding number of young people who claim to be trans — that reality-defying concept — has something to do with the fact that these kids spent a big part of their short lives playing a reality-defying game with masks and distancing?

How fitting, by the way, that a country at war with its children has a president who keeps touching them inappropriately.

As noted, I wrote the opening sentences of this piece at the Amsterdam airport. After closing my computer, I stood in my second hour-long line of the day, from which I watched several small children being put through the whole absurd security rigmarole. But the topper was a frail, tiny woman who looked as if she was upwards of 90 years old. Not only was she forced to stand in the full-body scanner, holding her hands down and up as ordered by the Gestapo — I mean airport security officers. Then, because that humiliation apparently wasn’t sufficient, she was patted down extensively before being allowed to head for her flight. Of course, the years of COVID safety theater were an updated version of this grotesque post–9/11 travesty, instituted worldwide because it’s not considered nice to profile potential terrorists.

The very young and the very old: Our masters go after the weakest of us as a way of intimidating the rest of us. If we aren’t motivated to stand up to this encroaching tyranny on our own behalf, let’s do so for those who aren’t in a position to resist.