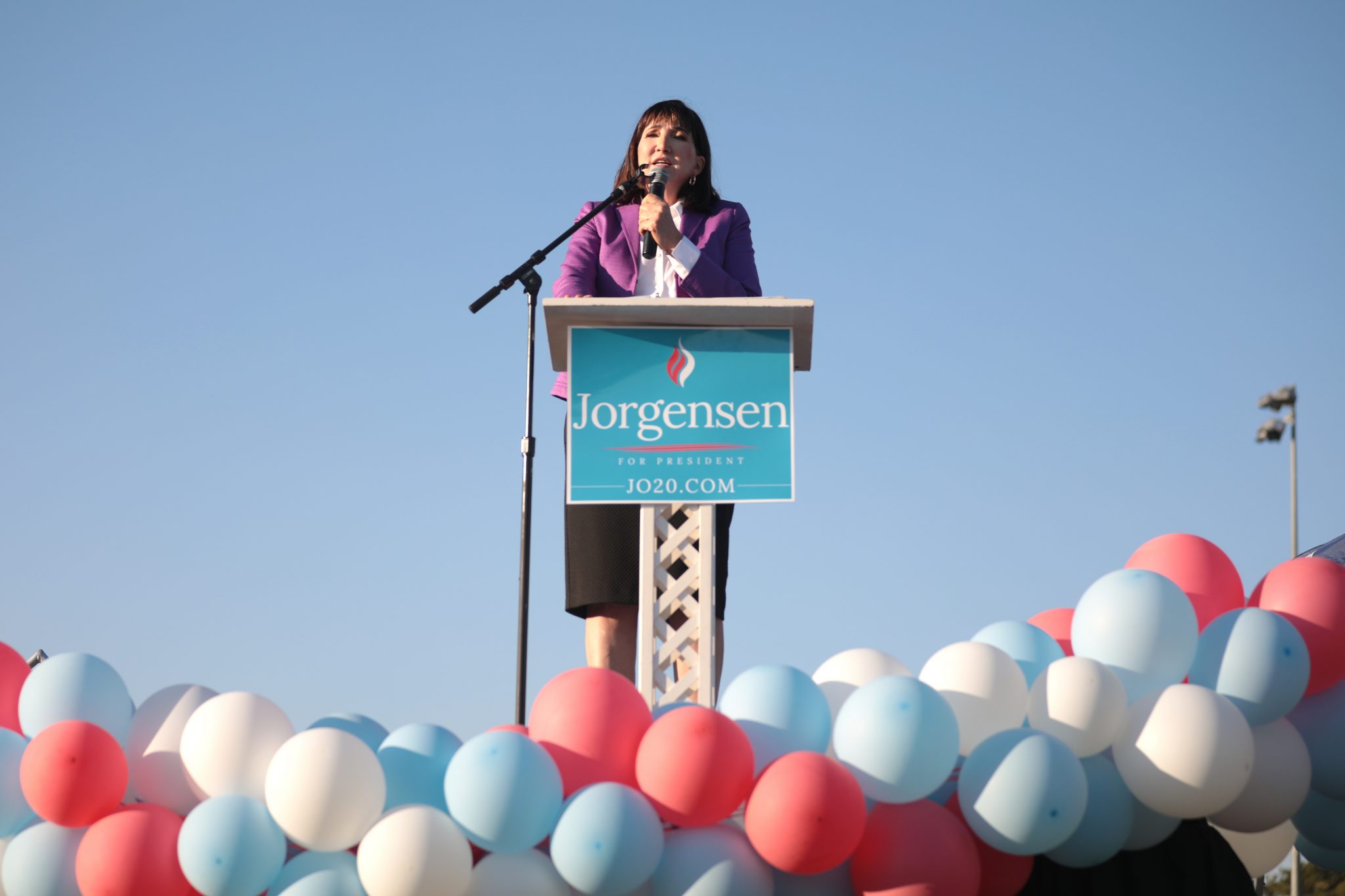 The Libertarian Party (LP) has been around since 1971, and over the course of 49 years the best that any of its candidates for president ever did was to win only 3 percent of the electorate. I used to rationalize that if only the LP could garner a double-digit percentage, then that would give them leverage to influence the direction of policy within the GOP. But even that ain’t ever going to happen. They’ve had 49 years to prove otherwise and have always fallen woefully short.

So, if the best they can do is 3 percent, why run? Why run when you cannot garner enough vote totals to have any impact on public policy? Would you ever start a business with the certain knowledge that you will never turn a profit? On the other hand, what the LP can do, and is threatening to do in Georgia, is to turn over control of the U.S. Senate to Chuck Schumer. With that, the radical left wing of the Democrat party will not only call all the shots but will set in motion a set of events that could possibly lead to permanent one-party control of government. Just think of it. A packed Supreme Court, D.C. and Puerto Rico as four permanent, Democrat-held Senate seats, doing away with the Senate filibuster, and abolishing the electoral college so that New York and California determine who gets elected president in every future election.

How Did We Get Here?

When the LP was founded, it was made up largely of a breakaway faction within the more traditionally conservative Young Americans for Freedom, (YAF) founded by Bill Buckley in 1960. In 1972, it fielded its first presidential candidate, USC philosophy professor John Hospers, who was once a personal confidant of Ayn Rand. And that is where the real story of the modern-day libertarian movement and the LP begins — with Ayn Rand, although Rand would harshly disavow both, but especially the LP as consisting of rank “amateurs” who are only playing at the game of politics. At the time I rankled at her condemnation. But now, with the hindsight of 49 years, I realize how right she was. My only frustration was that it took me so long to come to that realization, and that it took the potential looming disaster of this year’s U.S. senatorial race in my home state of Georgia to finally knock the blinders from my political vision.

Libertarianism as a political philosophy owes its roots to the enlightenment philosophy of John Locke and the economic doctrine of laissez-faire capitalism espoused by Adam Smith in his classic The Wealth of Nations, published in the same year that America declared its independence. Libertarians will argue that the American Revolution was a libertarian one, and that our founders were, for all intents and purposes, libertarians. They will then argue that the libertarian principles upon which the country was founded were gradually subverted to the point that it is now regarded largely as a radical cult that is out of touch with the so-called real world.

But libertarianism in some variant always had its champions throughout the 19th and 20th centuries. Yet by the 1950s, any vestige of libertarian political thought was either dormant or forgotten, with conservatism the only thing standing in the way of an ever-expanding and all-intrusive welfare/warfare state.

Then something dramatic and powerful happened, and that was the publication in 1957 of Atlas Shrugged by Ayn Rand. To me, and to hundreds of thousands like me, it was a declaration that there was a new sheriff in town, and her name was not Bill Buckley. Buckley and his brand of political and religious conservatives wasted no time in condemning this atheist upstart in the pages of National Review, which made a rather obscene comparison between Rand’s novel and Nazism.

By 1964, both Randian Objectivists (the name she gave to her philosophy) and Buckleyite Christian conservatives were getting acquainted with each other by working on and supporting Barry Goldwater’s run for president. Indeed, Goldwater’s campaign classic, Conscience of a Conservative, laid out in simple, common-sense language the principles upon which both emerging factions could agree and rally around. But the differences were pretty stark as well, so it was just a matter of time before the two camps would split, most decisively at the 1969 YAF convention in St. Louis over such issues as the war in Vietnam and marijuana legalization.

The LP was just one manifestation of the nascent, modern libertarian movement. It served the dual purpose of publicizing and promoting libertarianism, and ideally getting libertarians elected to public office to begin to affect real change. With the former, it did a credible job, at least in the beginning. Before the internet and social media, running candidates for office was the best way to get the public’s attention. But as for getting people elected, it has an abysmal record, and continuing to run people for office has become both counterproductive and destructive, as shown by the current Georgia races. If the LP hadn’t run a candidate in the state against Republican Sen. David Perdue, then instead of getting only 49.73 percent of the vote, Perdue would have easily passed the 50 percent plus one needed to get reelected, thereby preventing a runoff, because most of the 2.32 percent of the votes that went to the LP would have gone to Perdue instead of to his Democrat opponent.

Hopefully, the lack of a LP candidate in the runoff will secure the seat for Perdue, but if not, the consequences could be truly disastrous. Why put the country at risk of having to endure the unchallenged trepidations of Bernie, Warren, Pelosi, Schumer, Harris, and Cortez? Moreover, some have speculated that a LP candidate for president on the ballot in some of the battleground states was enough to tip the scales in favor of Biden, and certainly that was the case, again, in Georgia, where it appears Trump will have lost the state by around 10,000 votes, compared to the 60,000-plus the LP got. If so, how can that be a good thing?

LP apologists are fond of claiming that the difference between Republicans and Democrats is so trifling that it is inconsequential which party wins. These are people who have never served in government or elected office and have no idea about the substantive differences between them. As Rand pointed out, they are amateurs playing at the game of politics. But politics is a game in which the stakes are too high not to be taken with deadly seriousness.

In fairness, I don’t want to impugn the motives of the sincere LPers out there. But there are so many better ways that libertarians can work to advance the cause of liberty. Since the advent of modern-day libertarianism, a plethora of organizations have been working hard to do just that, often with great success. Just go to the FreedomFest Conference held annually in Las Vegas or CPAC in Washington to get a sense of how many flowers of liberty are blooming. Pick the flowers that suit your fancy and let go of the LP. It is long past time that it R.I.P.

Lance Lamberton lives in Georgia with his wife and three birds. He is the chairman and founder of the Cobb Taxpayers Association, which works to reduce taxes and government spending on the state and local level. He served as the deputy director of the White House Office of Policy Information under President Reagan.