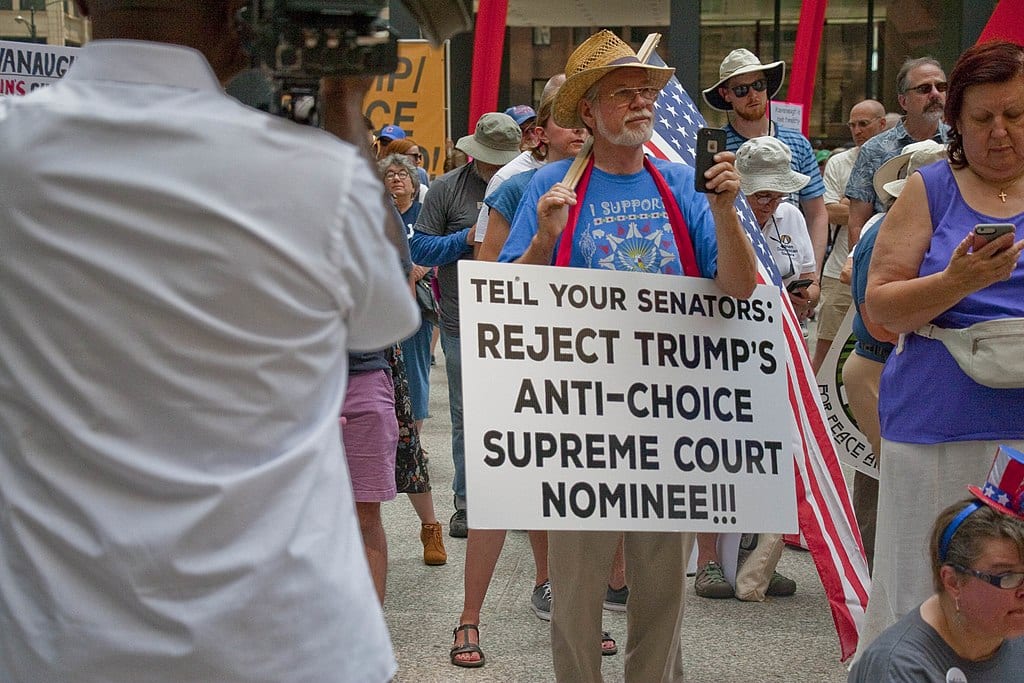 Brett Kavanaugh’s confirmation was more than attempted character assassination, it was the liberals’ warning shot. Intended to be lethal, it also signaled the next one will be worse. No group is more dependent on the Supreme Court’s power than America’s left and they will stop at nothing to prevent losing further ground there.

The left’s anti-Kavanaugh strategy was clear. An accretion of accusations, rolled out to roil the press, was meant to sink a nomination they could not outright defeat. Timed to coincide with the calendar’s closing and punctuated by increasing demands, it was meant to bleed the nomination to death, not down it with a single blow.

That liberals’ orchestrated effort took both Congress and Court to new lows was not their concern. Their one and only goal was in not seeing the Supreme Court move any more to the right. Yet, the left’s effort also served notice: If they have their way, the process will only get worse.

That such an effort would be expended on this pick may seem surprising. After all, Kavanaugh was replacing Kennedy, another Republican nominee who often voted with conservatives. Kavanaugh’s ascension to the Court would not so much quantitatively change its 5-4 conservative majority, as it would qualitatively change it.

Looking ahead, the left’s reasoning becomes clearer, though. The Court’s next two oldest justices are liberals Ginsburg and Breyer. At 85 and 80 respectively, they are 15 and 10 years older than the next oldest justice, the conservative Thomas.

Liberals could easily see the Court move quantitatively to the right quite a bit — potentially going to a 7-2 conservative majority — before having an obvious chance to swing it back to the left.

Looking backward, liberals’ fear is understandable. America’s left have a long history of dependence on the Supreme Court. The Court has been the primary means of advancing their political agenda for decades. Unsurprisingly, they have a sentimental attachment to the Court.

More importantly for liberals, it is not directly dependent on a political majority. Certainly, the President nominates and the Senate confirms justices, but these can be far removed from particular decisions… and both can also have been wrong in their assumptions about their picks.

The Court’s lack of dependence on a political majority has been crucial to liberals, America’s smallest ideology. Lacking the thick edge of the political wedge, America’s left have sought the thin one of the Court to advance issues for which they could never have constructed a public majority.

The Court’s seeming absence from politics has also given it greater public credibility than the presidency or Congress. This perception has only increased the Court’s attraction for the left, allowing them to cloak their causes in the Court’s gravitas when they have been successful there.

Of course the Court’s primary attraction for the left remains its power. Not only the left’s most accessible branch of America’s government, it is an equal one. This makes it an outsized value for them — allowing them a coequal branch of government they could not otherwise obtain.

Together these reasons explain why liberals went to such lengths, and will go to any, in order to defend their stake in it.

Losing ground here does not just run the risk of blocking them from their most accessible avenue for advancing their agenda. It also runs the risk of seeing their causes delegitimized by adverse Court rulings. Unable to gain legitimacy for many of their causes through the public or other political channels, losing it here would mean losing it altogether.

If the virulence of the attacks on Kavanaugh have seemed shocking for a Supreme Court nomination, they should resonate all too familiarly with the left’s attacks on this president and his administration. All are similar in their motivation and purpose: Delegitimization.

As conservatives, liberals see Kavanaugh, Trump, and the administration as illegitimate. To counter these threats to their views, they seek to delegitimize them. And in order to ensure the temporary nature of any advances these conservatives still happen to make, delegitimization is the best way to make them appear as transitory aberrations to the accepted order.

The Kavanaugh confirmation conflagration was meant to achieve all three: Block, delegitimize, and intimidate. Conservatives can expect nothing less than the worst for their future Supreme Court nominations… and for the worst to get worse. As with the left’s dependence on the Court to compensate for an inability to readily advance their agenda through usual politics, conservatives can no longer expect politics as usual when it comes to the Court.