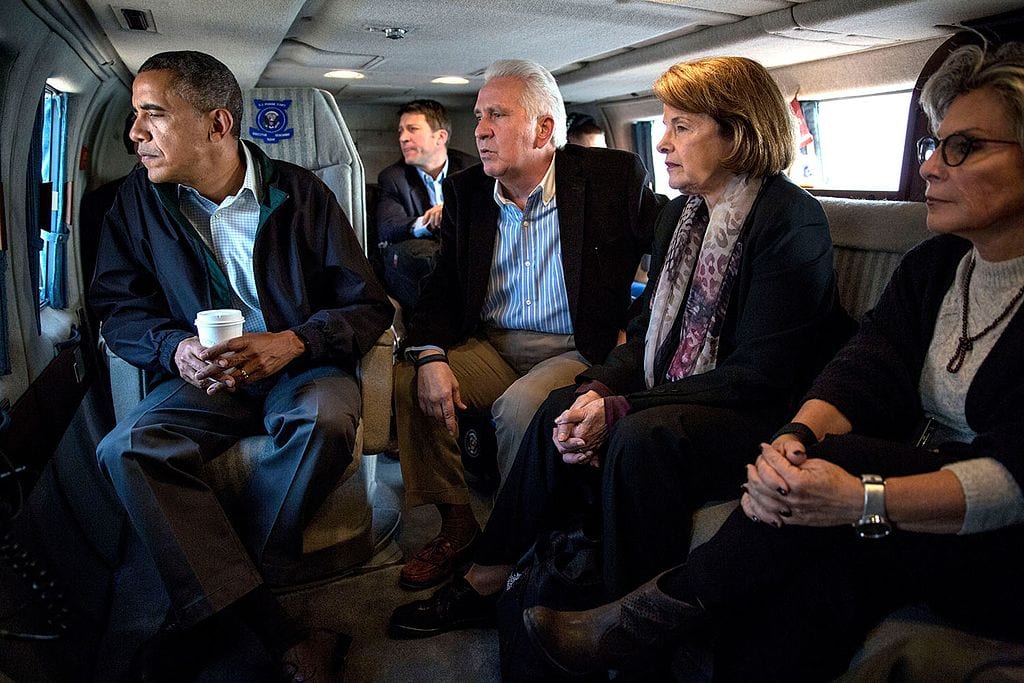 When asked why they weren’t outraged at the treatment of illegal immigrants under Obama, liberals generally offer a common response along the lines of “I didn’t know it was happening.”

While Feinstein is clearly full of it, I have no doubt that the average left-leaning citizen is sincere in their response, and I applaud their honesty. After all, it’s a rare occasion when a liberal admits they don’t know everything.

But let’s be clear: those that did not know about Obama’s more controversial immigration policies made a conscious decision to remain in the dark.

After all, there were numerous reports of immigrant families being detained, migrant children released to sex traffickers, and kids being held in cages.

But the mass outrage was nowhere to be found. There was no mainstream media meltdown, no disrupting Obama’s staff as they attempted to enjoy dinner, no comparison of Obama’s policies to that of the Third Reich.

Cognitive dissonance was such that it was the photos of children in cages, taken while Obama was President, that forced countless celebrities, left-leaning journos, and politicos, including Obama’s own speechwriter Jon Favreau and former Los Angeles mayor Antonio Villaraigosa, to come unglued on Twitter because they falsely believed the photos were taken while Trump was President.

If you’re outraged now, it’s only because you weren’t paying attention then.

In all fairness, there’s no reason any good liberal would have been. Despite the odd criticism here and there, for eight long years America’s cultural overlords assured us that everything was on the up-and-up so long as Barry was running the show.

It was much easier to live in a universe crafted by media elites, actors, musicians, and pandering politicians. One in which conservatives were anti-science troglodytes who clinged “to guns or religion” and criticisms of Obama’s policies were easily dismissed with the ever-popular “racist!” retort.

All the rules, it seemed, were for breaking. Journalists abandoned all pretense of objectivity; comedians tossed comedy aside and converted to punditry; and a President with a penchant for failure could seemingly do no wrong.

Despite the absurdity of it all (particularly in hindsight), millions of Americans were all too happy to play along. And it is in this willful ignorance that the left’s guilt lies.

For eight years the Obama faithful traded in their better judgments for tribal acceptance, allowing truth to be defined by liberal journalists and false idols in the form of know-nothing actors and musicians with egos exponentially larger than their actual brains.

Scandal after scandal was brushed off, and every criticism of the President’s policies was dismissed as flippant Fox News propaganda.

Conservatives such as myself begged them to listen, pleaded with them to step out of their bubble, if only for a second. But to no avail. They were the intelligent ones, far too occupied with reshaping the very fabric of the country to be bothered with the right’s conspiracy theories.

When something unsavory surfaced, they chose to look away; abject failures such as Obamacare were applauded even as they withered in flames.

Obama’s immigration policies, while until now a mere footnote in his presidency, are perfectly illustrative of the larger problem: the conscious decision of the left to ignore obvious facts in favor of feeling good.

The truth was out there, yet they willingly chose to live in their make believe universe instead. Everything else was just incoherent blabbering from that backward “other side.”

I noticed after the Bush years a sort of conservative self-reflection, in which many of George W.’s staunchest supporters critically reflected on his two terms as President. They openly questioned the war in Iraq and the ballooning national debt, and utilizing hindsight began to paint a more realistic, less-partisan picture of his Presidency.

Yet despite my searching I have yet to see a similar self-reflection from the left, at least not en masse. And I doubt I will.

Despite the admission of ignorance regarding immigration, the left is still sticking to its “God Emperor Obama can do no wrong” guns.

In fact, just last month the ACLU released a comprehensive report detailing numerous abuses of immigrants in custody while Obama was President, to very little fanfare.

It took photos of immigrant children wrongly attributed to Trump to get the liberal masses up in arms.

It seems that for all Trump’s success, the left’s make believe universe is still perfectly intact.