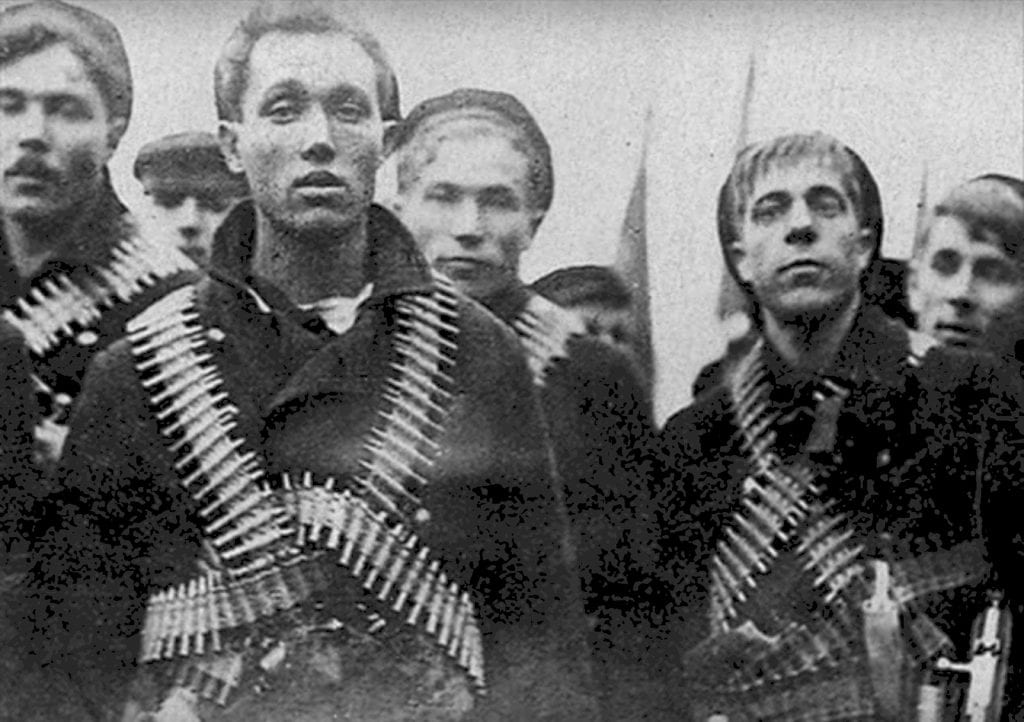 Liberals have finally come around to Ronald Reagan’s “evil empire” assessment. The slaughter of sailors at Krondstadt, the mass executions of 22,000 Polish army officers, policemen, and other leaders in the Katyn massacres, and the murder of Leon Trotsky with an ice pick all failed to persuade. Vladimir Putin’s seeming fondness for Donald Trump proved an epiphany.

The shocked, shocked response at Russian meddling in American domestic matters appears as a natural consequence of blanking out on the 20th century. If you regarded Alger Hiss, the Rosenbergs, and the Hollywood Ten as something other than Stalinists, then Russians hacking private email accounts, buying internet ads, and fomenting division in 2016 necessarily comes across as terribly alarming rather than in keeping with a longstanding pattern.

For the last century, Russians have meddled in American domestic affairs. Foreign-language speakers constituting 93 percent of the membership of the competing Communist parties that sprung up 99 years ago in the wake of the Bolshevik Revolution speak to this external influence. As Communist International documents retrieved after the fall of the Soviet Union show, the Bolsheviks funneled several million dollars, an amount that dwarfs in inflation-adjusted dollars what the Russians allegedly spent on internet ads during the 2016 campaign, into the fledgling Communist movement in the United States in 1919 and 1920. The American Communist Party did not choose its own leaders. Moscow did. When a Jay Lovestone or an Earl Browder ran afoul of the Russians, they removed him from office.

In its composition, control, and funding, the Communist Party of the United States of America (CPUSA) launched as a foreign entity. Over time, Americans repaid that investment in dutifully carrying out the directives of their Russian masters.

Ted Hall, a scientist working on the Manhattan Project, provided detailed information on the plutonium bomb to the Russians. Harry Dexter White provided the Soviet Union with the U.S. treasury plates for printing money in postwar Germany, which predictably sparked a counterfeiting frenzy by the Russians. William Weisband, an NKVD mole inside the Army’s Signals Intelligence Service, informed the Russians that the Venona Project succeeded in cracking their code.

The Russians infiltrated nongovernmental institutions that nevertheless wielded great influence. “By the late 1930s,” The Secret World of American Communism points out, “a quarter of the CIO’s members were in unions led by Communists.” Michael Straight dismissed Russian infiltration as a witch hunt as publisher of the New Republic just a few years removed from serving as a Soviet agent working within the U.S. government. Before Howard Zinn bound an anti-American libel in A People’s History of the United States, he taught “Basic Marxism” at the CPUSA headquarters.

Others merely inspired by the Soviet Union demonstrated the baleful influence of Russia on the United States.

Lee Harvey Oswald emigrated to the Soviet Union, corresponded with leaders of the CPUSA, and spoke with Russian diplomats before he assassinated the president of the United States. Upon his arrest, he requested John Abt, a former espionage agent of the Soviet Union who later served as chief counsel of the CPUSA, to serve as his attorney. Several of the Weathermen, including murderers Kathy Boudin and Judith Clark, grew up as red-diaper babies before embarking on a campaign of terrorism in the late 1960s.

Russia wielded an overwhelmingly negative influence on the United States during the 20th century. Given the nuclear arsenal the Russians continue to maintain, forging a better relationship with them seems wise. But for this to succeed, the Russians need to drop old habits.

That an agent of the same KGB that engaged in dirty deeds during the Cold War now leads the Russian nation and employed over-the-top tactics to intrude on the 2016 U.S. presidential election flows from the history that preceded. While hints at collusion between the Trump campaign and the Russians without any substantiation discredits the Mueller investigation, the part of the special counsel’s inquiry pertaining to Russian interference seems compelling. In 2016, as in 1936, the Russians aimed to sow discord in the fabric of the American democracy.