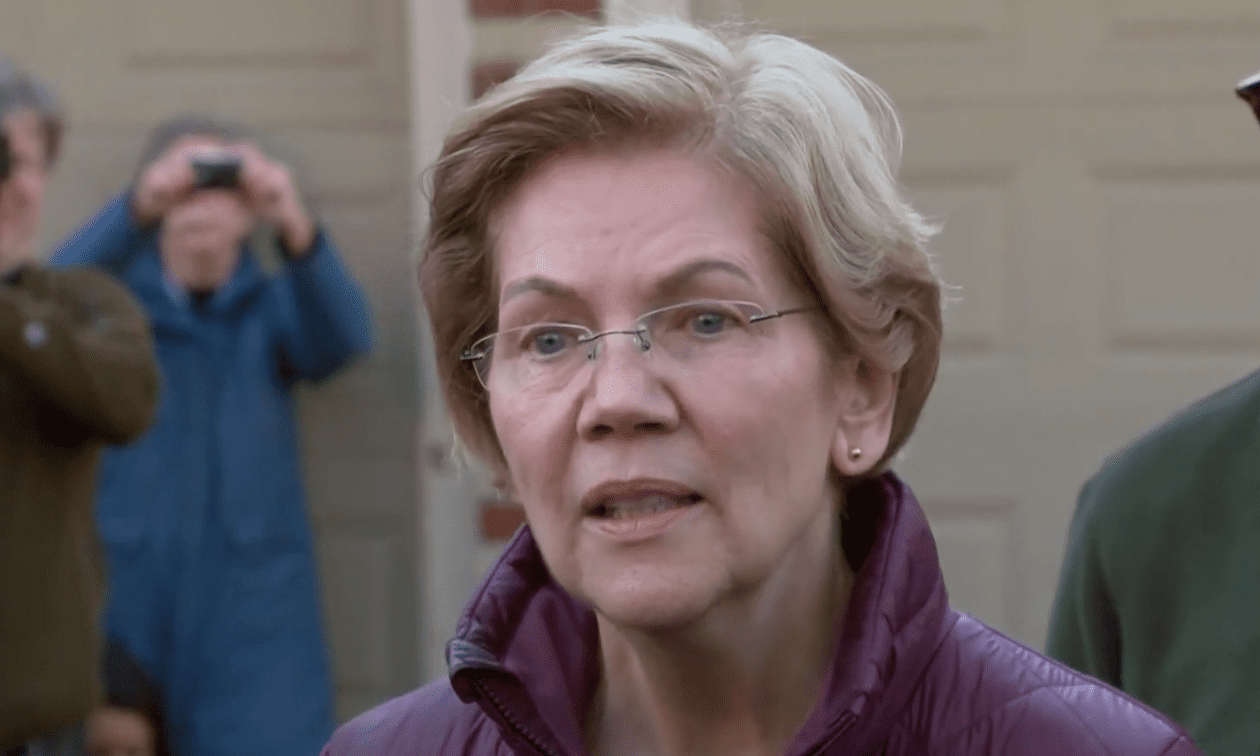 Our editors’ inboxes and comment sections are filled with insightful, sharp, and thought-provoking responses from our readers. So we’re starting a weekly roundup of highlights. Check up on our blog each Friday for more, and send your letters to editor@spectator.org!

Elizabeth Warren is the establishment Democrats’ insurance policy against Bernie Sanders. She will siphon off enough delegates and/or enough of the far-left votes to keep Sanders from a majority on the first ballot, thus insuring he’s screwed. That’s why she insists she’s in it until the end. She knows she’s not going to win anything, but she’s the one who will split off enough far-left votes to insure a second ballot — the key to the Democrats’ strategy to beat Sanders.

The establishment Democrats are adept at all brands of subversion both within their party and in Government in order to pursue their agenda. They have neither concern nor regard for their party members or the general public in their quest for power. They always seem to have various nested backup plans for everything, and Elizabeth Warren is it for denying Sanders the nomination. Remember that meeting last fall between Warren and Clinton? That’s the dead giveaway she’s wired with the establishment and why she parrots Sanders’ political platform. The whole purpose of her candidacy is to subvert Sanders.

In many polls the combined Sanders-Warren vote is around 50%, and given anyone under 15% gets no delegates, That would give Sanders a majority going into the convention. Since Warren gets less that 15% generally, her share gets split so Sanders only gets part of the vote that would otherwise all go his way.

In the meantime, leaders like Pelosi say they’ll support Sanders if he gets the nomination, on the one hand to try to dispel the idea they’re against him, while on the other hand knowing he’s not getting the nod. The whole thing is standard-fare Democratic Party politics. This is who they are and how they roll.

On “How Kobe Bryant Deeply Impacted My Life,” by Dov Fischer

I read your piece on the impact on you of the death of Kobe Bryant. It brought tears to my eyes. I felt as if I were reading about my own parents and this was especially poignant for me since my dad’s yahrzeit is Sunday.

My mom has been gone for 22 years and my dad for 10 and I never thought I would miss them this much. As I tell people, I would give everything I own for a chance to sit in shul with my dad one more time and after soul, come home and have Shabbat lunch with my folks.

In many ways, what you have written is, for me, a memorial to my own parents, mom a Holocaust survivor whose family story is told in Michael Karpen’s “Tightrope” and dad, fortunate enough to have arrived in the U.S. on erev Rosh Hashanah 1938. Second marriage for both (mom’s first husband was killed in the Holocaust; dad’s first wife died of cancer soon after their marriage) I was an only child. My mom helped me with my Hebrew homework just as yours did.  My folks scraped together enough money to send me to yeshiva ketana and then a Hebrew high school.

I have been privileged to be able to honor their memories with dedications of two books — the recent re-release of Eliezer Berkovits’ Faith After The Holocaust (Koren) and Gil Troy’s The Zionist Ideas. I have found that this has brought them back to life for me. I hope to be privileged to dedicate more books in their honor, giving them, at least for me, the eternal life here that I am certain they are enjoying in the world to come.

One last thought. About 6 years ago, I was sitting at my daughter’s commencement at Bir Zeit on the Hudson, Columbia University (she did engineering but, alas, she seems enthralled by the Left). President Bollinger made the usual speech of congratulations with advice. It occurred to me then and there that if I were in that position, I would tell the graduates that I really had no good advice about how to deal with the future except for this — cherish your parents. They will be gone before you are remotely ready for it and, like me, you will regret all you did not do.

Again, many thanks for your very timely piece.

On “Trump Should Play the 19th Amendment Card in 2020,” by David Catron

I doubt very much that the Republicans of today would support the suffragettes. In fact if most Republicans had their way we’d be back in the kitchens pumping out a baby every year. I am a female disabled veteran and I left the Republican party many years ago because they stop supporting women. Of course I’m not all that thrilled that the Democratic party either which is why I became an independent over 35 years ago. I didn’t vote for either Clinton or Trump as I thought both would be unable to bring the country together which is what we need. Considering that we Independents make up a majority of voters both parties may be disappointed in the upcoming elections.

I went to see my doctor last week (true story.) As I’m standing in line for the receptionist a man at the counter answered he had not been in contact with anyone with the coronavirus (Given the incubation time, how the hell does he know?). He went further, explaining he had not drunk any Coronas. Everybody in the waiting room (a rather large room) laughed. Not to be outdone, I piped up asking if he’d heard that Corona was going to change the name of their beer. Without missing a beat he asked, “Oh yeah, what are they changing it to?” I said, “Ebola Extra.” Everybody laughed again. Only I couldn’t tell if the two women who were wearing masks so much as chuckled.

I almost bought a box of 50 masks at Amazon for only $97 the other day. I decided instead to put my money on somebody coming up with a vaccine first. Only time will tell whether I picked a winner. I figured, using you as my adviser I can’t go wrong. No pressure.

I share your enthusiasm for getting multiple uses out of a “single use” bag before it heads off to its final use, which I’m told is asphyxiating a sea creature.

Did you know they were called T-shirt bags? I didn’t, until the ban went through here in Austin and I found them on Amazon.

Over the years since the ban, Austin businesses have been sneakily starting to offer them again, I’ve noticed. So, my personal stash is now sizeable once more, even without purchase. Perhaps this will become the case in Massachusetts, too.

Prior to Super Tuesday, Joe Biden appeared to be flailing around trying to win but not mustering very much success. His competition seemed bent on self-destruction with any thinking American voter. Therefore, I conclude Biden was simply the last candidate standing Tuesday night after his competition (to poorly cite Churchill) “snatched defeat from the jaws of their possible victories.”

On Tuesday, in an interview with Variety magazine, the speaker of the House of Representatives, Nancy Pelosi (D-CA), called President Trump, “The most dangerous person in the history of our country.”

Also on Tuesday, on national television, the former head of the Democratic National Committee (DNC), Donna Brazile, told the current head of the Republican National Committee, Ronna McDaniel, to “Go to hell” … twice … for suggesting what everybody on the planet knows to be true. That is, the DNC does not want Senator Sanders to be their nominee (As an aside, the stock markets definitely don’t; see Wednesday’s rally).

Wednesday, on the steps of the Supreme Court of the United States, the Senate minority leader, Chuck Schumer (D-NY), threatened two sitting Supreme Court justices because he disagrees with them on a matter relating to abortion — not even abortion itself. I’m not quite sure how he’ll pay off on those threats.

Inanity and hyperbole notwithstanding, and with all due deference to the truly dangerous people throughout our nation’s history, we’re somehow supposed to believe that the president and the GOP are the parties responsible for all of the lack of civility and the sowing of discord across the land?