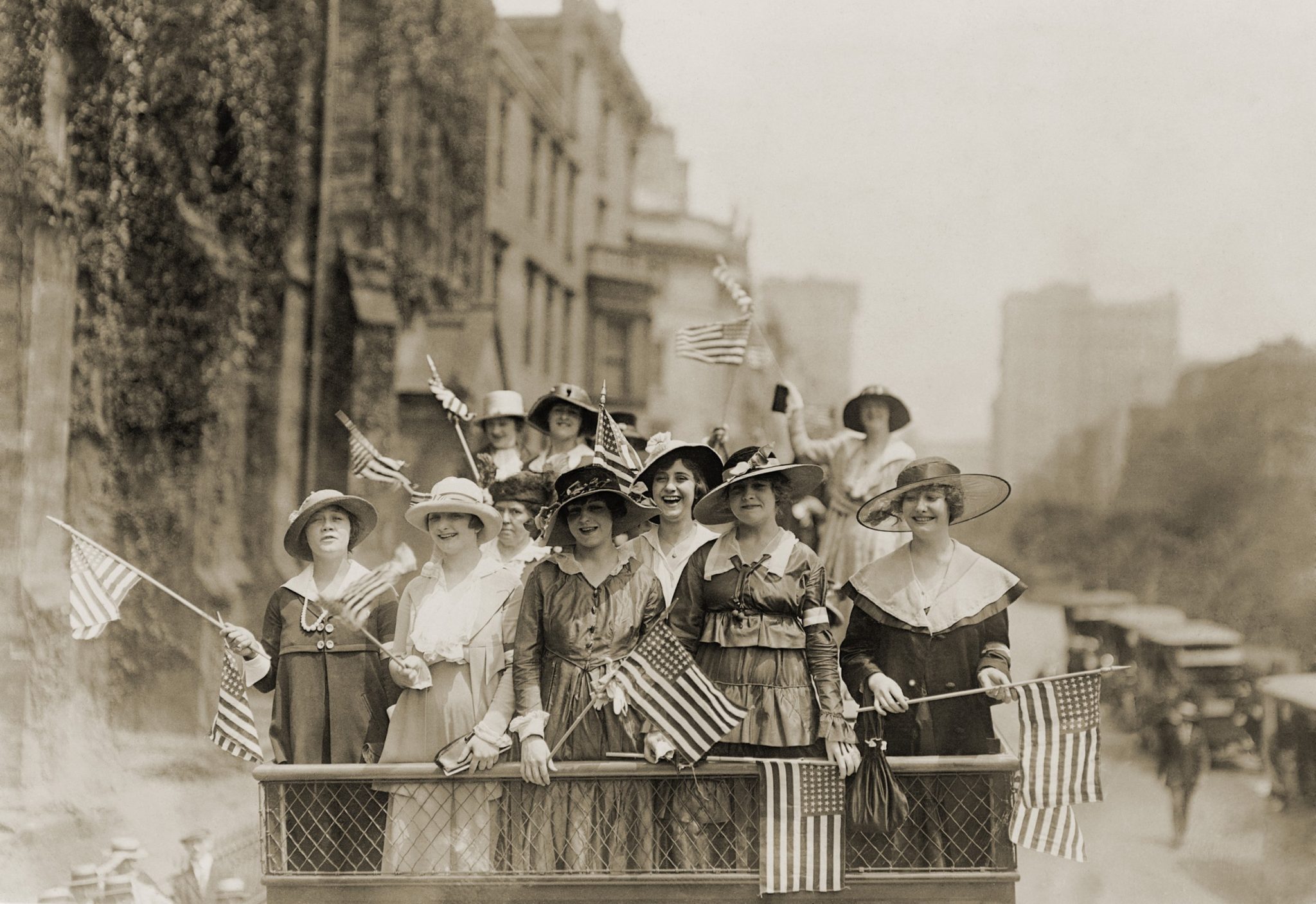 President Trump’s 2016 victory was driven in part by female voters, particularly in critical Rust Belt states. The Democrats and their media confederates, their agitprop about “uneducated white men” notwithstanding, are well aware of this reality. Consequently, they will attempt to use next year’s centennial celebration of the 19th Amendment to concoct a fictitious narrative of the suffragist movement. They will place it in the anachronistic context of identity politics and cast the Democratic Party as the true champion of women’s rights. In reality, the Democrats fought passage of the amendment from 1878, when it was first introduced in Congress by the Republicans, until the latter won majorities in both Houses in 1918.

Because our education system long ago abandoned teaching history, this may well be the first time some readers have learned about the longstanding Democratic opposition to women’s suffrage. Those have been taught that the “Party of Jefferson and Jackson” is all about social justice may well ask, “Why would they have opposed such a basic right?” The short answer is that they believed women to be inferior to men. Woodrow Wilson, a Democrat who vehemently opposed the suffragists for decades, captured his party’s view in a letter to a friend: “Barring the chilled, scandalized feeling that always overcomes me when I see and hear women speak in public, I derived a good deal of whimsical delight from the proceedings.” He went on to describe a speaker at a Women’s Congress meeting as a “severely dressed person from Boston, an old maid … a living example and lively commentary of what might be done by giving men’s places and duties to women.”

Wilson was no outlier. His attitude was all too typical of the Democrats who fought women’s suffrage for so long. Wilson espoused this Neanderthal position for most of his political career, which earned him the dubious honor of being the first president to peer out the window of the Oval Office and discover hundreds of demonstrators picketing the White House. Many carried signs identifying him as “Kaiser Wilson.” He nonetheless remained intransigent until the last year of his presidency.

Today’s Democrats have revised their party’s history, knowing that no one will learn the truth in school. Nor are they worried that the “news” media will call them out when they falsely cast the GOP as the villain of the piece. There can be little doubt that appropriation of the 19th Amendment will be a prominent feature of the 2020 Democratic presidential campaign, particularly if Sen. Elizabeth Warren is the nominee. Warren routinely includes the following remarks about it in her stock stump speech: “The women who won our suffrage were told over and over again to give up the fight. We have the vote today because they didn’t listen.” Warren neglects to mention that those people who said it was “impossible” were Democrats.

This is what President Trump has to make clear in 2020 as he makes the case for his reelection. He has to point out that just as Barack Obama has attempted to take credit for the Trump economy, the Democrats are attempting to take credit for the Republican fight to enshrine a woman’s right to vote in the Constitution. Trump will need to remind them that the Republican Party, in addition to opposing slavery, has advocated women’s suffrage since its founding in 1854. This is why the author of the amendment, Susan B. Anthony, asked a Republican friend and political ally to put it before Congress. That friend was Sen. Aaron A. Sargent of California, who introduced the 19th Amendment in January 1878.

The Democratic Party’s opposition to the amendment was so entrenched that when the Wyoming Territory recognized women’s right to vote in 1869, Democrats in Congress retaliated by slow-walking its application for statehood until 1890. When Utah passed a suffrage bill recognizing a woman’s right to vote in 1870, they passed the Edmunds–Tucker Act, disfranchising Utah’s women. Meanwhile, Republicans continued to introduce the 19th Amendment in Congress every session, but the Democrats were able to keep it bottled up in various committees for yet another decade before allowing either House of Congress to vote on it. In 1887, the amendment finally reached the floor of the Senate, where, once again, it was defeated by the Democratic majority.

After this setback, advocates of women’s suffrage opted to put pressure on Congress by convincing various state legislatures to pass bills giving women the vote. This met with some success. By the turn of the century, a variety of Republican- controlled states, including Wyoming, Colorado, and Idaho, had granted women suffrage. During the first 10 years of the new century, several other states granted women the vote. In Congress, however, the Democrats successfully blocked any floor vote on the 19th Amendment. It finally reached the floor of the Senate in 1914, and the Democrats once again defeated it. When it was brought to the floor of the House for a vote the next year, they again made sure it was defeated.

The big break for the 19th Amendment came when President Wilson, being a typical Democrat, violated his most solemn campaign promise. Having fervently pledged to keep the United States out of the European conflict that had been raging since 1914, he nonetheless decided to enter the war. This set the stage for the 1918 midterm elections, in which voter outrage swept the Republicans into power. This finally provided the Republicans with majorities in both houses of Congress, which put them in a position to pass the amendment without the votes of the still intransigent Democratic opposition. In May 1919, Republican James R. Mann reintroduced the 19th Amendment in the House, and it finally passed by a vote of 200 to 14.

Facing the inevitable passage of the 19th Amendment, some Democrats reluctantly faced reality and did the right thing. Nonetheless, 40 percent of the much-diminished Democratic caucus still voted “Nay.” Shortly thereafter, a then Republican-controlled Senate also passed the amendment, clearing the way for ratification by the states. But the Democratic resistance, like their irrational opposition to President Trump today, was not susceptible to reason.

By this point, even “Kaiser Wilson” had finally faced the facts and reversed his position. Indeed, in an act of breathtaking chutzpah, he staged a signing ceremony even though the amendment required no presidential signature. Likewise, today’s Democrats will attempt to appropriate the 19th Amendment in hopes of winning back crucial female votes. The hundredth anniversary of the amendment’s ratification by the states will be on August 18, 2020. The media will collude with the Democrats in their effort to claim this Republican achievement as their own. This means President Trump has to make clear, as does every Republican on every ballot, that the Democrats were on the wrong side of history on the right of every woman to vote.