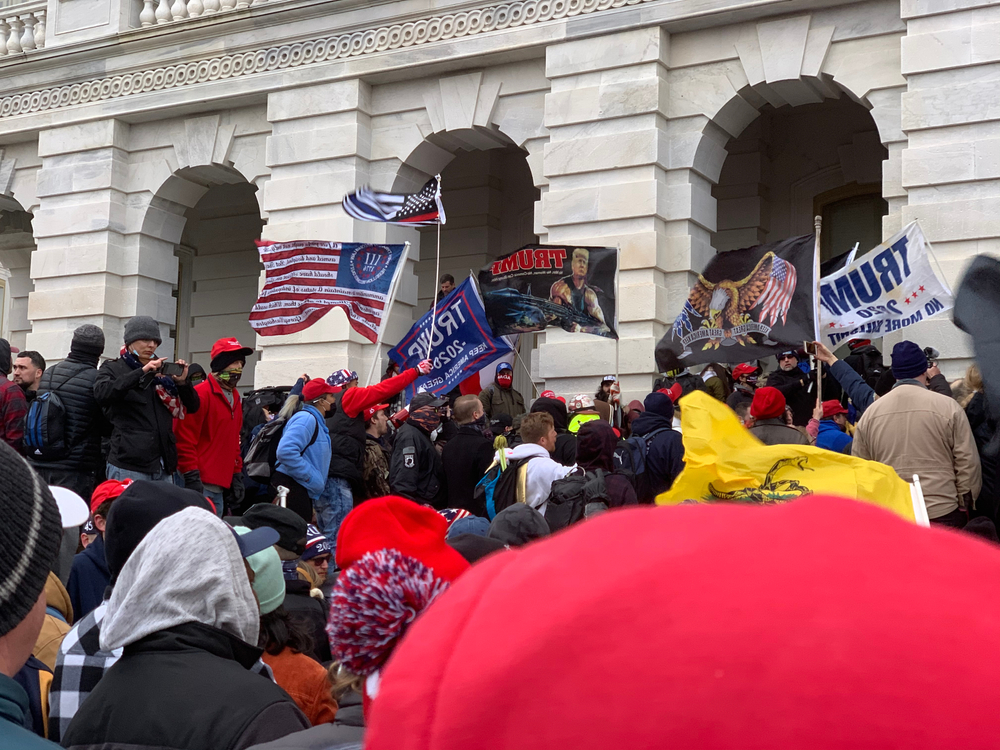 Don’t insult mockingbirds by associating them with today’s “journalists.”

In the summer of 1961, as a 12 year old living in Escondido, CA, I watched a pair of mocking birds build their nest and hatch 3 chicks. They aggressively defended their young against all comers… including a curious 12 year old.

I watched the parents frantically swoop and attack him as he worked his way up the trunk as he had done routinely, unchallenged, to other nests in his territory.

I started throwing rocks and yelling at old Herc, but he just ignored me.

Suddenly, like a kamikaze, the male bird flew directly into the face of Herc and with a squawking mouthful of bloody feathers, he backed down the tree and disappeared into the weeds.

I was crying and angry, but glad the chicks and female had been spared.

The next morning, Herc returned, and despite the sophisticated string-and-tin-can barrier I had strung around the tree, he repeated his “crime.” I watched, crying, helplessly waving a stick, as the female mockingbird, pecked, flapped, and crashed defiantly into Herc’s face in a brave, but futile, a last stand.

The chaos was over, but I knew the killer feline would be back. So, I climbed the old tree, put the new chicks into a paper bag and raised them to fledglings on hand-fed meal worms, crickets, and scrambled eggs.

Please don’t call those in the mainstream, drive-by media “mockingbirds.”

I’ve seen the courage of mockingbirds… these “journalists” (?) are no mocking birds.

An Epiphany of Hope and Justice

This week may have been Epiphany, but it was dominated by a violent manifestation of American brokenness. May we join in prayer and reflection about our tragic national crisis, some of it perpetrated in the name of Jesus.

We need to hold in grief and sorrow another horrific gash in this nation, ripped open by events at the Capitol in Washington, DC. It has been over 200 years since such a breach has occurred. Like yours, my feelings about yesterday have been many. I watched the unexplainable delay in appropriate police presence and action at the Capitol. How could this mob not have been expected? As I asked myself that, I couldn’t help but be grieved by remembering the immediate aggression of some military and police against this summer’s demonstrations protesting racial violence. What do we make of our nation’s ready use of violence against voices for racial justice, while we slowly escort away the white supremacist insurrectionists who storm our nation’s Capitol? What defines danger? For whom? What defines the tolerable? For whom? Why?

What we have experienced has been wrenching and disturbing. The desecration of the Capitol justifiably has the headlines. The still deeper sorrow for me as a Christian leader has been the accompanying desecration of Christian life and speech revealed through fundamentalist and evangelical entanglement with idolatrous nationalism and racism and their attending loyalties.

I hope we will choose not to look away from this shameful violence, or its underlying lies, irrationality, and hatred. If we haven’t long since done so, we must face the reality that extremism of various sorts are not only alive and well in the United States, but in our government, and in churches and hearts across the land. Yesterday, some extremism landed with violence at the doors and hallways of the Capitol, tragically cheered on by the president.

In extremist and mainstream forms, and for longer than many of us want to admit and confess, Christians have substantially contributed to forms of American injustice across the political landscape. Some expressions of our faith have stoked the past and present fires of resentment, presumption, and self-righteousness now so strident and so grievous to the God we worship.

All of us have a stake in yesterday’s events. The roots of this drama are deep, tortured, and unresolved. We need a peaceful transition of power on January 20, especially since we are a widely varied and polarized electorate. Once we are on the other side of the inauguration, the work of truly addressing the issues and crises of our nation’s life must compel us.

Lord, in this moment and season, may you rebuke us who claim to be your disciples while we primarily pursue what is best for ourselves and for others like us; may you reveal our complicity in speech and action, personally and systemically, with anything that encourages lies, distortions, prejudices, and violence; may you break down our walls of hostility and fear; may you grant us the faith and will to live to pursue you and your ways.

Grant us anew your Epiphany of hope and justice for the common good — and the love and faith to live it.

God will not be mocked.

I think that Mr. Biden’s reference to the Dresden bombing as an example of disinformation is one of the most stupid and irritant blunders of his arrogant and already failing mind.

No American President should ever remember the stain of that useless and cruel war crime.

The attack on Dresden, that was called “Florence on the Elbe” and was considered one of the world’s most beautiful cities because of its architecture and art treasures, with incendiary bombs was almost equivalent to the use of an atomic bomb. 3900 tons of explosive bombs and incendiary devices are not disputed.

About the number of deaths that he says were just Nazi disinformation he was able to pick the only case in which Mr. Goebbels maybe was truthful.

It is thought that some 25,000–35,000 civilians died in Dresden in the air attacks, though some estimates are as high as 250,000, given the influx of undocumented refugees that had fled to Dresden from the Eastern Front. Most of the victims were women, children, and the elderly.

To compare the very plausible doubts about the real numbers of his votes to a Goebbels disinformation campaign about the number of civilian deaths, it is appalling.

This man appears as the most divisive, arrogant SOB ever being elected President.

On “Breaching the Capitol”

I found your article “Breaching the Capitol” insightful and pretty much on target.

Donald Trump was elected not because he belonged to the corrupt and inbred bipartisan DC Establishment, but because he did not. When rational citizens considered the alternative(s) of GOP milquetoast favorite sons and ultimately another dose of the Clinton cabal, the choice was simple, even if one held his or her nose.

Whenever I became frustrated, upset or dismayed by President Trump’s raw comments or braggadocio style, I simply looked down the list of his screeching media critics and political enemies. By comparison, he did not appear to be so unreasonable or toxic. After all, when you are attempting to confront an established pack of ruthless and territorial wolves, it’s best to send a junk yard pit bull rather than just another refined, well-mannered political lap dog.

Donald Trump’s election was a symptom, not the cause of America’s corrupt political and media wasteland. So was the manner in which the 2020 election was conducted to ensure a return to “business as usual” inside the friendly bipartisan confines of the Swamp…