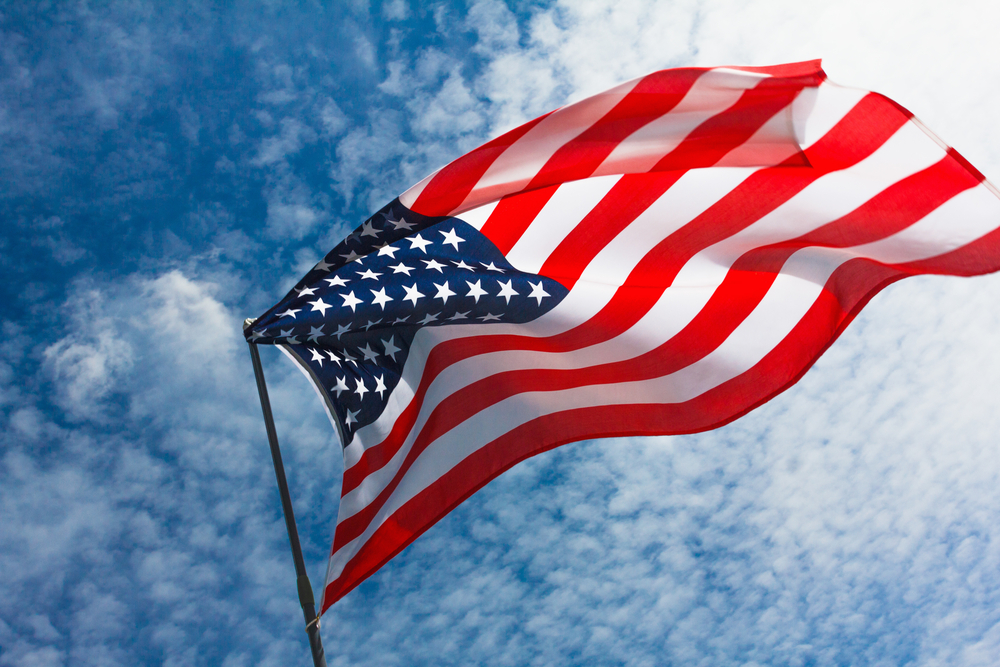 On July 4, 1776, 245 years ago, our Founding Fathers signed the Declaration of Independence in Philadelphia. It was on that sacred day, in that charter, that the foundation for our country’s philosophy was laid and the principles that would inform our system of government was forever enshrined. It read, “We hold these truths to be self-evident, that all men are created equal, that they are endowed by their Creator with certain unalienable Rights, that among these are Life, Liberty and the pursuit of Happiness. That to secure these rights, Governments are instituted among Men, deriving their just powers from the consent of the governed.”

But more recently, the country that we have known and loved has faced great hardships, and our founding principles are in danger of being dismantled. Our culture has changed, our civil liberties have been denigrated, and our leaders have let us down when we needed them the most. The core values of our Founding Fathers’ vision have been ignored or deemed irrelevant. Our freedoms have been taken away by excessive government overreach.

In the past year, during the pandemic, Democrat governors in many states across the country shut down businesses, restaurants, parks, beaches, schools, churches, and other houses of worship. They took power away from “we the people” and rewarded themselves with multi-million dollar book deals and self-serving press conferences.

These same leaders created one set of rules for their citizens while ignoring their own policies so as not to inconvenience themselves. They supported defunding the police and slandered law enforcement as “systemically racist” while allowing crime and lawlessness to significantly increase across our country. Now they are comically trying to blame Republicans for the crime surge.

The Biden administration has only exacerbated some of these problems. In order to appease the increasingly radical left wing of the Democrat Party, Biden has undone many of former President Trump’s successful policies. He has opened our borders to illegal immigrants by offering them incentives to come here while disincentivizing work and paying American citizens to stay home. He has created inflation by spending trillions of our tax dollars on radical left-wing causes that will do little to cool the planet or improve our infrastructure but will crush the oil and natural gas industry. And he has mismanaged the pandemic with unscientific policies that have hurt children and small business owners. Perhaps worst of all, he has created racial division and supports indoctrinating our children with the poisonous teachings of critical race theory, which perpetuates the false narrative that America is fundamentally evil and rotten.

The White House now defends and praises anti-American U.S. Olympic athletes like Gwen Berry, who is being celebrated for her heroism for turning her back on the American flag during the singing of the National Anthem, which she said “doesn’t speak” for her. Meanwhile the Biden administration has also canceled the July 4 fireworks that were planned at Mount Rushmore over what the National Parks Service called environmental and COVID concerns and opposition from “tribal partners.”

And House Speaker Nancy Pelosi, who seems to be spending all of her time enacting a partisan Jan. 6 Commission, and removing statues from the Capitol Building, has canceled the Independence Day outdoor concert that is regularly held on the Capitol’s west front on July 4. She has also refused to reopen the Capitol to visitors so that families and students can see how their government operates.

Anyone who pushes back against the Left’s radical orthodoxy, defends standing for the national anthem, or dares to say that they love and respect our country, our flag, and our history is now at risk of being canceled. This is anti-American and has absolutely no place here.

While we are not a nation without flaws, we must not allow our leaders to tear our country and each other apart. As Abraham Lincoln said in his first inaugural address:

We are not enemies, but friends. We must not be enemies. Though passion may have strained it must not break our bonds of affection. The mystic chords of memory, stretching from every battlefield and patriot grave to every living heart and hearthstone all over this b­road land, will yet swell the chorus of the Union, when again touched, as surely they will be, by the better angels of our nature.

On this Fourth of July, let us not desecrate our history. Let us learn from it by preserving and imitating what is good about it. Let us be kind to one another, to our family, to our friends, and to our neighbors. And let us always remember to have a little faith in each other.