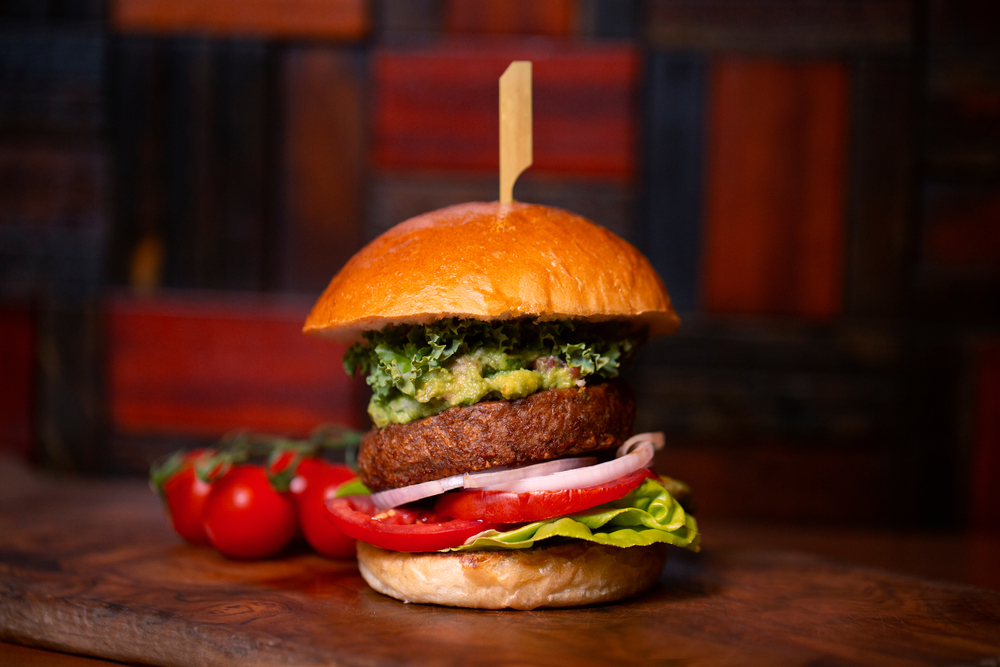 I have vegan friends. Actually, I don’t, but I remember years ago, when, to get someone to listen to your anti–gay marriage opinion, you had to open with “I have a lot of gay friends, but…”

Postmodern courtesy. The truth is, I’m all for everyone being vegan; it seems like a good way to make sure more steak lands on my plate. I love meat. Ever since I was a kid, whenever life has given me the option of marrying a lettuce or marrying Maria Sharapova, I’ve always felt a strong yearning for meat. First thing in the morning I am a patriot, willing to do anything to save civilization from a climate apocalypse; but after a couple of hours, my patriotism becomes like that of Orson Welles: “Ask not what you can do for your country. Ask what’s for lunch.”

For some time now, the Left has been insisting that we become canaries and eat birdseed and the like. I am beginning to suspect that its plan ends with us locked in a cage. Leftists change their obsessions and madnesses every twenty years, but their objective is always the same as that of the Soviet Union: they want us behind bars, singing.

My progressive friends say they want us to stop killing cows, but I just shrug and tell them the same thing each time: “I don’t kill them. I just eat them.” It’s madness. But let me tell you what I am worried about: those chia seeds that influencers are eating like they’re goats, or those peas they use to make vegan burgers. Don’t peas have rights? Don’t they consume water? Could not the increase in demand for chia seeds upset the ecosystem and send us to hell, all because of the influencers?

When I was a baby, my parents would go out of their way to snatch rocks, flowers, and ants out of my hands, shouting, “You can’t eat that!” before I could put them in my mouth. That’s how we were brought up in olden times. Now you could be sent to jail for curtailing children’s right to veganism, insectism, or stoneism if you were to say anything of the kind to them. In addition to Bill Gates’s synthetic meat, which works about as well as his operating system, the Left is betting big on us eating insects to save the planet.

Take a look at the newspapers. Until a few years ago, whenever the word “insects” or “worms” appeared in a news article about a school canteen, it was because of the uproar caused by someone finding these creatures in the food and the parents or authorities demanding the school be closed down. Now, every time insects or worms appear in school meals, instead of closing the school progressive governments reward their efforts to introduce schoolchildren to the world of sustainable food.

Several European countries host theoretical and practical training schemes in schools, in which activists inform children about the benefits of eating crickets or mealworms. The theoretical part is when they tell you about it and you feel sick. The practical part is when the activist forces you to eat a damn cricket and then you are sick. If anything like that had happened in my day, the kids in my class not only wouldn’t have eaten the cricket but would have eaten the activist.

Do not go thinking that veganism is healthy, either. Some people, after prolonged contact with veggie burgers, end up becoming cannibals. Look at what happened to that Beyond Meat executive. He worked for decades at Tyson Foods and headed its McDonald’s business. Suddenly he switched to a company that makes fake meat, and next thing you know he gets arrested for trying to bite off a man’s nose after a football game. Imagine how hungry that poor sap must have been to try to eat a nose, when the reasonable thing to do would have been to sink his teeth into the thigh.

As for me, every time someone appears on the news saying that we should eat more vegetables, more artificial proteins, and less meat, I go to the butcher and buy the biggest steak he has. Their nonsense makes me hungry. In fact — and this is one of the few promises I feel confident making in my life — if the survival of the planet depends on me giving up meat to nibble on dried worms and cockroaches, you can be absolutely sure that the Earth is going to go to rot.

Itxu Díaz
Follow Their Stories:
View More
Itxu Díaz is a Spanish journalist, political satirist, and author. He has written 10 books on topics as diverse as politics, music, and smart appliances. He is a contributor to The Daily Beast, The Daily Caller, National Review, American Conservative, and Diario Las Américas in the United States, as well as a columnist at several Spanish magazines and newspapers. He was also an adviser to the Ministry for Education, Culture, and Sports in Spain.
Most Popular
1
At Large
The Lingering Fog of War and Lessons From Vietnam
by Mark Moyar