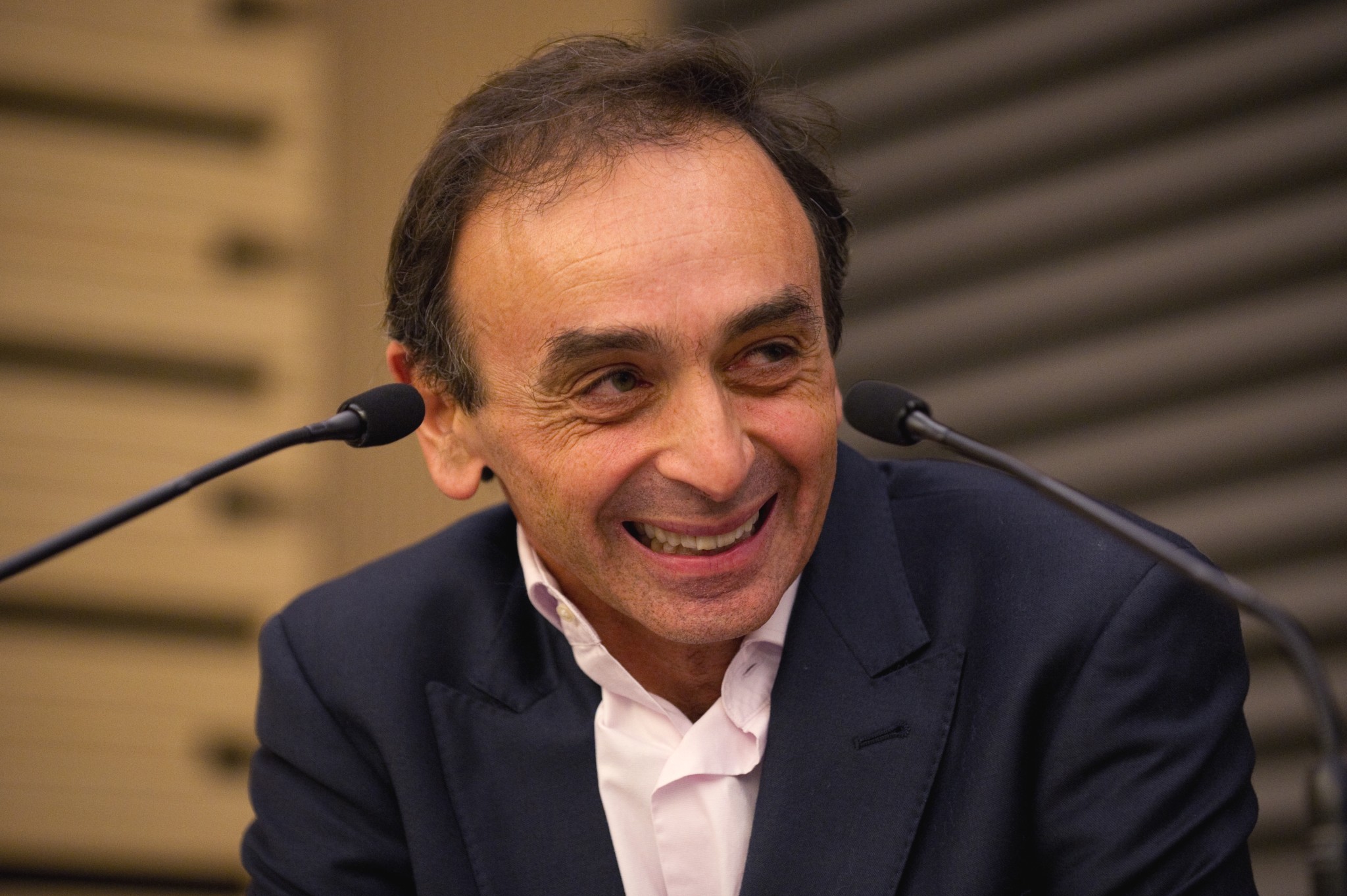 For decades, Jean-Marie Le Pen and his daughter Marine were the undisputed leaders of the nationalist hard-right in France. Now, Marine Le Pen sees her monopoly threatened by the rebellious writer Eric Zemmour.

Zemmour considers Muslims in France “an occupying force” from which the country has to liberate itself. He is convinced, unlike Le Pen, that a Muslim living in France can never become truly French. Only the strictest possible immigration controls from Muslim and African countries can save the French people from being replaced by immigrants, legal or otherwise. This Great Replacement is, according to Zemmour, already well underway in the northern suburbs of Paris where he grew up and where the white population is rapidly fading from view.

It is no surprise that with these views, Zemmour is cursed by the French left and moderate right. More surprising, perhaps, is Le Pen’s mistrust towards him, long before he started dreaming out aloud about succeeding President Emmanuel Macron.

She does not, for example, believe in the Great Replacement, a theory first coined by the French writer Renaud Camus. Zemmour is a firm believer, but his female rival puts it down as a crackpot conspiracy theory.

There, she seems to have lost touch with the French, of whom 61 percent believe that the Great Replacement is a real threat, according to a poll published towards the end of October by the French business magazine Challenges. Zemmour and his many fans enjoyed their moment of triumph, whilst his opponent cringed with embarrassment, trumped by the man she says will never be elected because of his extreme views.

After glowing in the results of this poll, Zemmour called Le Pen “a left-winger” out of touch with the French people. An exaggeration, certainly, but he has struck a chord with French people who think she has been trying too hard to be respectable in order to move into the Elysée Palace.

Zemmour has not yet declared his candidacy, which did not stop French voters from putting him just ahead of Le Pen in recent opinion polls. He is credited with around 16 percent of the popular vote, one percentage point above Le Pen. Zemmour’s mainly young fans are already putting up election posters all over France, honoring him as “Le Z.”

Zemmour is perhaps not what one expects a “far-right” politician to look like. He is distinctly Jewish, of slender build, elderly, of Algerian origin, and an intellectual. He may be a novice in politics, but for more than three decades he has built a reputation as an erudite writer and sharp debater, best known for his columns in the conservative newspaper Le Figaro, but also a commentator on the main radio and television channels where fellow journalists often regard his views as beyond the pale, asking for, and sometimes obtaining, his sacking.

This spring, Le Pen still shrugged off the rumors that Zemmour was to be her main rival on the right. He seemed to meet the fate of other challengers to her monopoly on the nationalist vote; political oblivion. This happened first in the Front National, the party founded by her father Jean-Marie in the early ’70s, later in its successor, the Rassemblement National, National Rally. But Zemmour’s challenge proved to be the exception. An energetic 63, he sometimes manages to make Le Pen, at 53, look like a tired veteran who has already lost two presidential elections and is, according to him, on her way to a third defeat.

Zemmour has never been a member of Le Pen’s party, in spite of her insistence for him to join, but the French left sees him as one of the most outspoken members of “le fachosphère” of right-wing politicians and journalists. Lately, she has given up her attempts to appease him and has gone on the attack, calling him a “liberal” in economic terms, which in France is a bit of a swear word for both left and right, and accusing him of disdain for women and a condescending attitude towards her mainly working-class electoral base.

Le Pen has certainly succeeded in her efforts to rid her party of her father’s excesses and its anti-Semitic stigma. In 2017, she finished second against Macron, only to be squarely beaten by him in the runoff. Her undeniable success came at a price, however. According to leading members of the nationalistic right, Zemmour among them, she had sacrificed too many principles in search of respectability, like going soft on Islam, agreeing to gay marriages, and opposing Zemmour’s plan to forbid parents to give their children Arab or African names. In 2018, he had “ordered” his French-African interviewer, a woman called Hapsatou Sy, to change her first name or return to Africa forthwith. It landed him the umpteenth court summons for racism, resulting in three convictions.

In his best-known book, Le Suicide Français, Zemmour traces the beginning of France’s decline back to the late ’60s and early ’70s, when mass immigration from its former colonies started and multiculturalism became, due to American influence, the unspoken ideology for both right and left-wing governments. As a result, France let in a fifth column that would ultimately declare war on the French people in the shape of Islamic terrorism from which France has suffered more than any other European country. If its root causes, immigration, and multiculturalism, are not destroyed, Zemmour foresees a mix of a civil and religious war.

He was born in Montreuil, a mainly working-class suburb of Paris where his Jewish parents had settled after leaving Algeria, then still a French colony, in 1953. He considers himself both Jewish and Berber, certainly not Algerian. Marine Le Pen hails from the posher parts of the capital. Perhaps Zemmour reminds her of her father, whom she expelled from the Front National in 2015 after yet another of his anti-Semitic slurs.

His opponents accuse Zemmour of many things, but anti-Semitism is, obviously, not one of them, although “collaborator,” which harks back to the German occupation of France, comes close. Like Jean-Marie Le Pen, Zemmour has defended the role of Philippe Pétain, the leader of the puppet regime the Nazis had installed in a significant part of France.

Many a French nationalist looks with dismay at the bitter rivalry between two strong egos, imploring them to come to stop splitting the nationalist vote. Together, they can mobilize over 30 percent of the electorate, more than enough to make it to the final round against, possibly, Macron. One of them will have to step aside. Who will blink first?