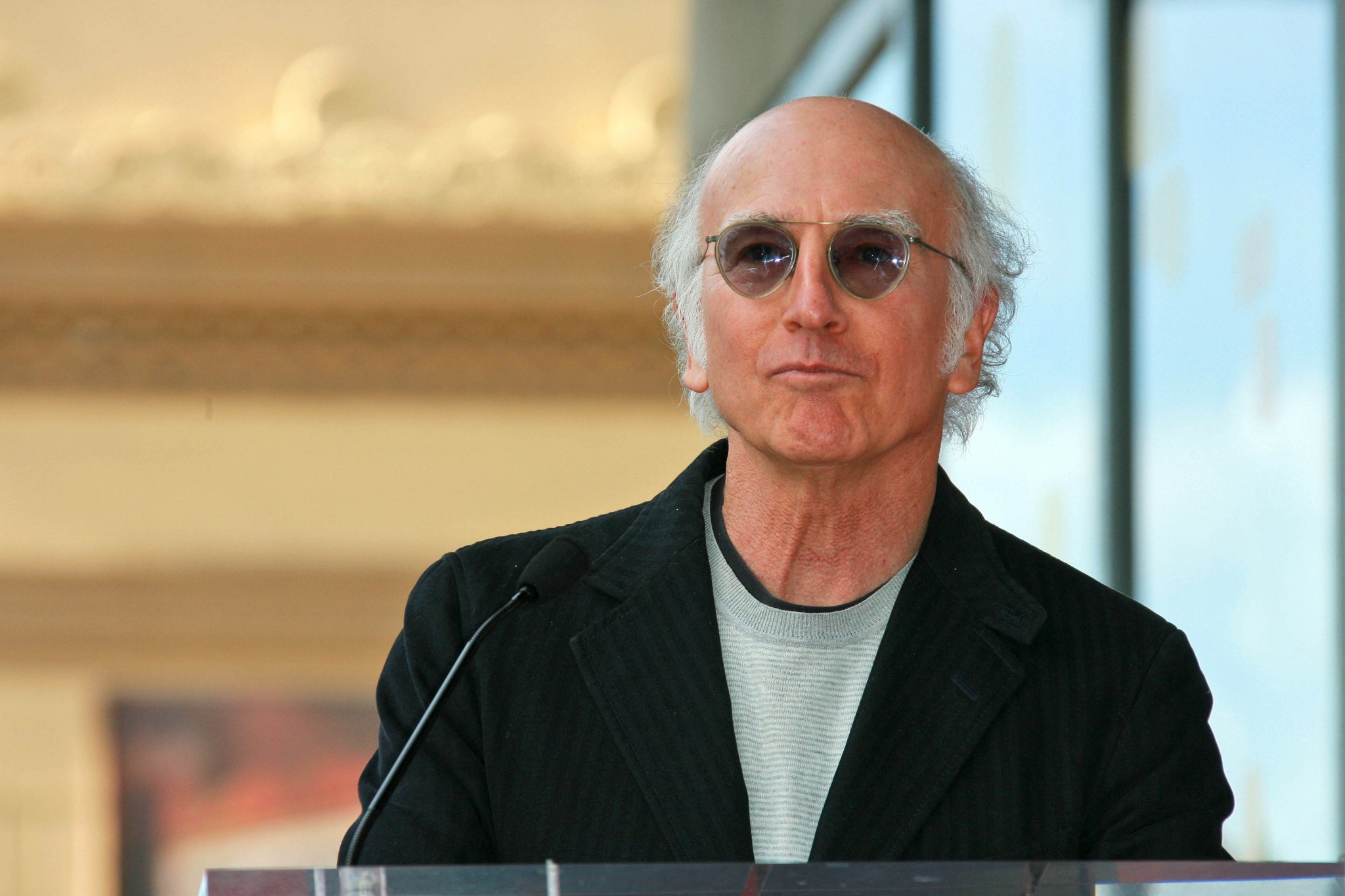 During the last few days, while the Taliban has been mopping up in Afghanistan and commentators have been speaking of the end of the American Century, my thoughts have returned repeatedly to a story I read at “Page Six,” the celebrity-gossip corner of the New York Post.

The other day, writer-actor-producer Larry David bumped into lawyer-professor-commentator Alan Dershowitz on Martha’s Vineyard, where both men have summer residences. Apparently, the two go way back. But while Larry is, famously, a strict adherent of L.A. leftism, Alan is a classic liberal who’s alienated many fellow Democrats by taking principled stands in opposition to the impeachment of President Trump, in support of the Supreme Court nomination of Brett Kavanaugh, and in defense of Trump’s public statements immediately prior to the events at the Capitol on January 6.

A third party — who provided the Post with the account of the exchange between the two famous chaps — heard Alan say, “We can still talk, Larry.” Larry angrily disagreed: he’d seen a picture of Alan being chummy with Mike Pompeo. “It’s disgusting!” Larry spurted. Alan explained that Pompeo was his former student, but Larry wasn’t having it. “It’s disgusting. Your whole enclave [sic] — it’s disgusting. You’re disgusting!”

Contacted by the Post, Alan confirmed the story and expressed admiration for Pompeo’s work toward Middle East peace, on which Alan collaborated. Alan told the Post that “he’s disappointed that David can’t understand why he’d work with any administration on peace for Israel, regardless of who was occupying the Oval Office.”

I’m disappointed, too — disappointed that one of the funniest and most brilliant entertainers of our time, the co-creator of Seinfeld and the mind behind Curb Your Enthusiasm, is indistinguishable, in the lockstep fatuity and humorlessness of his politics, from world-class Hollywood dopes like Debra Messing and Mark Ruffalo.

To be sure, Larry has long been described as a knee-jerk lefty, but I, for one, never really wanted to believe it. Until Seinfeld came along he was, by his own testimony, first a “loser” living in a Midtown Manhattan hovel owned by his parents and, then, an unsuccessful New York comic known to colleagues as an inveterate cynic and neurotic mess — who, on occasion, frustrated by the lack of audience response, would cut off his stand-up set after a minute and a half and, before stepping offstage, emit a crude expletive denoting a part of the female anatomy.

In short, he doesn’t seem to have been terribly woke.

To be sure, from 1993 to 2007, Larry was married to Laurie David, who during their years together metamorphosed, by all accounts, from an ordinary enough Long Island yenta into the very model of a hypocritical climate-change nag. Laurie leveraged her marriage to Larry — and used her massive divorce settlement — to forge a huge career for herself in Davos-scale activism. A 2006 profile in the Guardian noted that she regularly flew in private planes and had lavish homes on both coasts, but that at the same time she forced Larry, in the name of climate activism, to use recycled toilet paper that he hated.

Larry memorably mocked this bit of selective fanaticism on an episode of Curb. Surely, one thought, this must indicate that he wasn’t as thrilled with Laurie’s hard-left politics as he might sometimes pretend to be? Surely, with his terrific eye for the absurd, he couldn’t possibly find his climate-obsessed wife, who sought to balance out her giant carbon footprint by making meaningless minor sacrifices, anything but ridiculous?

Then there were Larry’s star turns on Saturday Night Live as Bernie Sanders: “We’re doomed! We need a revolution! Millions of people on the streets! We gotta do something! And we gotta do it now!” Could the man who did such a terrific parody actually be a Bernie Bro?

And how could the co-creator of Seinfeld be a lefty? In an absolutely terrific 2018 essay, “Seinfeld: The Politically Incorrect Sitcom,” Carol Iannone described the series as “a comic study of life after several decades of a counterculture that supposedly upended all the rules of life, definitely obscured the path to maturity, and persistently encouraged doing as one likes.”

Centered on four incurably childish Baby Boomers, observed Iannone, Seinfeld “satirizes contemporary pieties that have somehow come to prevail in a supposedly anything-goes environment, and makes comedy out of the very stuff of political correctness.” Remember George’s attempt to up his victim status so he can get a co-op? Remember the “Bubble Boy,” that ultimate child victim who turns out to be a creep? Remember when Elaine and a new boyfriend are impressed with themselves because each mistakenly thinks they’re in an interracial relationship? Remember the catchphrase “not that there’s anything wrong with that”?

Seinfeld, Iannone pointed out, “detects the coerciveness that lurks under the huggy solidarity of today.” Remember when Kramer takes part in an AIDS walk but, refusing to wear a red ribbon, is terrorized by two gay guys “who cannot abide any deviation from the conspicuous compassion agenda”? Remember the controversial episode on which Kramer accidentally burns a Puerto Rican flag?

How can the co-creator of such a series be such a dreary leftist that he can’t be civil to fellow Biden voter Alan Dershowitz?

Then there’s Curb. Why haven’t Larry David’s progressive pals come after this show? Are his own leftist credentials protecting him? If not, why haven’t the same busybodies who’ve canceled other writers and performers made a stink about the scene in which Larry, wanting to fit into an incest survivors group, pretends to have been abused by his uncle? Or the episode in which Larry and his friend Jeff laugh it up over a book filled with pictures of people with birth defects? Or the time when Larry and Susie call each other “Jewface”?

Doesn’t Larry realize that the entire season of Curb about a black family named Black could be regarded by sensitive Left Coast souls as racist? Or that the lefties, if they were consistent, would condemn the genuinely brave ninth season of Curb — in which Larry becomes the subject of a fatwa, and most of the ensuing humor flows out of the utter humorlessness of Islam — as considered hideously Islamophobic?

For heaven’s sake, this is a man who, in the TV shows he creates, can see the humor in anything — especially in any kind of phoniness. He’s also a man who, in TV interviews, refuses to take himself seriously. In a 2012 interview about dating, Conan O’Brien asked him: “Do you ever worry that women will be attracted to you more for your fame than who you really are as a person?” Larry’s reply was that there isn’t really that much to like about him as a person. Yes, it’s meant as a joke, but when a guy makes this a kind of running joke tends to have some truth behind it.

Yet in private life, Larry David apparently subscribes to a politics that’s thoroughly at odds with his entire comic oeuvre. And he’s allied himself with precisely the kind of people who — in league with cult leader Robin DiAngelo, who has described the entire genre of stand-up comedy as an opportunity to be racist — regard humor of the kind he perpetrates in show after show as over-the-line offensive. I don’t get it, although I’ve noticed the same bizarre self-contradiction in other funnymen whose careers depend on an entertainment business — and an American society — that totally reject prudish censoriousness. For example, Mel Brooks, lyricist and composer of “Springtime for Hitler,” endorsed Joe Biden for president.

Do they really not get it? How can such comic genius coexist with such political idiocy?