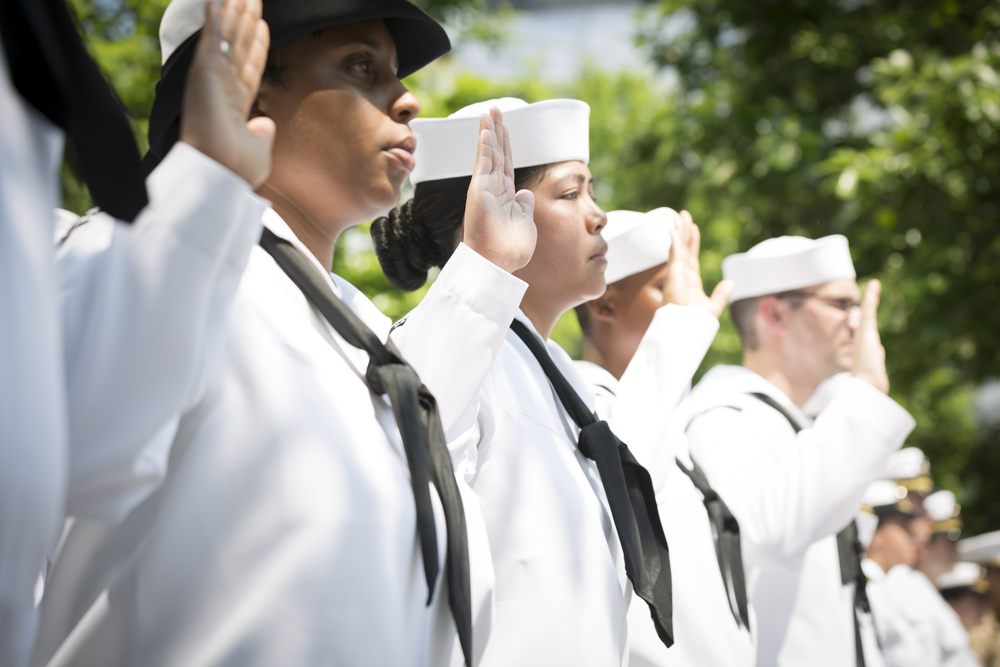 Emboldened by President Biden’s social experimentation on our military, Sen. Kirsten Gillibrand (D-N.Y.) may soon succeed in her years-long quest to take away military commanders’ ability to decide whether or not to prosecute sexual assault cases. If she succeeds, it will be because two key Republicans — Texas’s Ted Cruz and Iowa’s Joni Ernst — have inexplicably decided to support her bill.

Biden has already done much to harm the military. He has revoked former President Trump’s ban on transgender people serving in the military despite the fact that “trans” soldiers have a very high rate of psychological problems and suicides.

The basis for that stand-down was the January 6 riot at the U.S. Capitol, in which a few veterans and active duty soldiers participated. Defense Secretary Lloyd Austin carried out this order despite the fact that there was no “extremism” problem among the troops.

The training, I’m told, focuses on the dangers of right-wing extremism and ignores the Antifa/BLM riots that consumed cities and took lives last year (and continue in Portland, Oregon). As I’ve written, the troops — who aren’t stupid — don’t accept the validity of the “training” they’ve received because of that imbalance.

Even those actions didn’t do what Gillibrand’s legislation would do. Under Gillibrand’s bill, commanders’ authority to punish felony-level offenses would be taken away and assigned to a new bureaucracy of lawyers.

Under the Uniform Code of Military Justice (UCMJ) — and prior law going back to the founding of the Republic — military commanders have had the authority to decide which cases are to be prosecuted.

Those decisions aren’t made in a vacuum. Before the “convening authority” decides whether or not to convene a court martial at the felony level, a thorough investigation is conducted under Article 32 of the UCMJ, almost always by a lawyer — a Judge Advocate or “JAG officer” in military terms — or, in the most serious cases, by a military judge. The investigating officer questions witnesses, works with investigating agencies (Army CID, Air Force OSI, Navy NCIS, etc.) to gather and evaluate all the evidence and then reports to the convening authority with a recommendation on whether or not to proceed with a general court martial and on what charges.

At that point, the convening authority — at least of a full colonel’s rank, and often a general officer — makes the decision on whether or not to prosecute after consulting with his JAG, the investigating officer and whomever else he (or she, because an increasing number of commanders are women) wishes to. It’s extremely rare for a convening authority to not follow the Article 32 investigator’s recommendation.

That’s the puzzle underlying Gillibrand’s legislation. It breaks the chain of command to solve a problem that apparently doesn’t exist.

Earlier this year, Defense Secretary Austin ordered a study of whether or not decisions on cases involving sexual assault should be removed from commanders’ authority and turned over to a new, independent bureaucracy of lawyers inside the government. That study, which will report soon, is expected to recommend removal of sexual assault cases from commanders’ authority in Austin’s woke military.

Again, Gillibrand’s new bill — endorsed by Cruz and Ernst — goes even further. It removes the commander from the chain of command to decide whether or not all felony cases go to trial.

Cruz, who is a pretty smart lawyer, but lacks any military background, should know better. So should Ernst, an Iraq veteran.

Joni Ernst was sexually assaulted while in college, not during her military service in Iraq. We don’t know if the man who assaulted her was punished.

More relevant to the Gillibrand bill is the fact that one of the soldiers under Ernst’s command — she was a National Guard captain while serving in Iraq — was accused of rape. Ernst reportedly obtained statements from the victim and the victim’s tentmates and gave them to the Criminal Investigation Division (CID) investigator.

It breaks the chain of command to solve a problem that apparently doesn’t exist.

In Ernst’s experience, the military justice system apparently worked. So why is she supporting Gillibrand’s bill?

She said, “We need to foster a culture of respect and dignity within the military, and I think if there are perpetrators out there that feel that they exist within a command climate that doesn’t value people — they think they can get away with the crimes they are committing — well they have another thing coming now.”

She “thinks” that there isn’t a culture of respect and dignity within the military? Why? She believes — without evidence — that there are people who think they can get away with committing crimes because they exist in a bad command climate. How and why she believes that, she hasn’t said.

Does Ernst understand how common it is to have female commanders — at all levels, up to and including four-star ranks — in our military? Or does she believe that they, too, are part of the “command climate” that “doesn’t value people”? Today’s military is over-trained, over-indoctrinated on tolerance, diversity, inclusiveness, and a host of similar subjects. Why does Ernst assume tolerance of felonies among the troops and their commanders? If there is evidence of such tolerance, where is it?

I asked a couple of friends who are retired senior military officers what they thought about Gillibrand’s bill.

One of my friends is a retired Green Beret colonel. Granted, he was at the tip of the spear and hasn’t had a ton of experience with military justice. But he has enough to know the system is fair and that the chain of command shouldn’t be disrupted.

He asked, “If there’s a problem, why aren’t we holding commanders accountable?” He added, “This proposed legislative change to the Uniform Code of Military Justice does the opposite … it absolves commanders of the responsibility to prosecute these cases. Instead, sensitive cases will be decided by military bureaucrats … Is that REALLY what we want from our military justice system?”

My other friend is a retired admiral who commanded a nuclear carrier at one point in his career with about 6,000 sailors and officers — a good many of them women — under his command. As a flag officer, his command was even larger. He has been a convening authority and firmly believes that the decision process shouldn’t be taken away from commanders.

He said that his principal concern is that an independent authority outside the command could be overzealous and turn matters that should be handled internally into problems that cannot be. He gave the example of child protective services, which, he said, sometimes went “way overboard.”

My friend also pointed out that there are other avenues to pursue for any military member who feels that justice hasn’t been done. Those range from contacting the service’s inspector general all the way to going to Congress to have their complaint heard.

Creating a new independent pile of bureaucrats to consider serious crimes will create a self-feeding monster. The lawyers and bureaucrats who are empowered to investigate and charge military members outside the chain of command will have to justify their existence by going after weaker cases and recommending courts martial where a commander might not. The potential for abuse of power is enormous.

In truth, Gillibrand’s legislation is a bad answer to a problem that probably doesn’t exist. Commanders can, and should, be held accountable for their decisions. The military justice system is fairer and results in justice more often than the civilian system. It is designed to protect the defendant’s rights, not to trample them for political purposes.

Congress should keep its hands off the UCMJ. Let’s not “fix” something that isn’t broken, regardless of what Lloyd Austin’s study recommends.