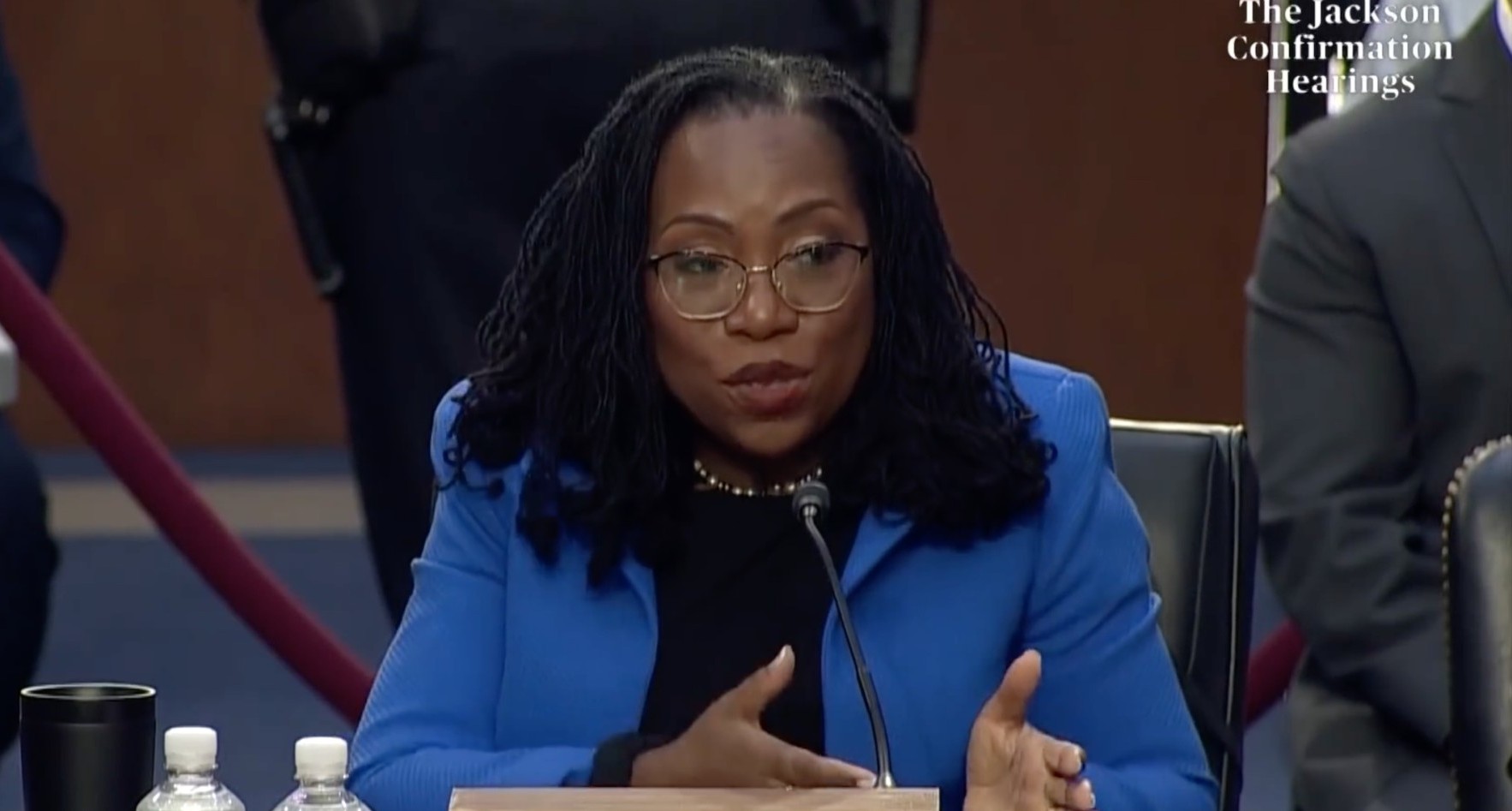 President Joe Biden’s nominee for the Supreme Court, Ketanji Brown Jackson, who was confirmed by the Senate Thursday, shocked many people with her recent confession to the Senate Judiciary Committee that she could not define the word “woman,” explaining that she is not a biologist. It can indeed be difficult to define a word like “woman,” though not for the reason that Jackson seemed to betray. The concept of woman, like all common nouns, comes to us as something self-evident through experience, not exposition. Common nouns are things a toddler can easily come to identify as a universal classification and often does so with glee!

For this very reason, though, we find it difficult to define common nouns, for it is something we seem to understand innately. We can’t help but chuckle, for example, at Plato’s attempt to define a human being as a “featherless biped.”

Behind this curious phenomenon, however, lies the whole basis for political freedom, for the same moral vision that allows us to see the distinction between common nouns such as “man” and “woman” allows us also to see the ultimate equality in natural rights for all human beings. Thus Jackson’s inability to define “woman” is actually not as shocking as her implicit claim that only trained scientists are capable of making these distinctions. To deny this universal capacity to all but a favored class is in fact to justify tyranny.

The American founders based all human freedom “upon the recognition of an order that man himself does not create.”

That a justice to the highest court in the land should hold such an opinion that overturns the basis of all republican government — including the very office she aspires to hold in the name of “We the people” — should give a discerning public pause before reelecting members of the Senate who voted to confirm her nomination. This occurrence also provides an instructive opportunity for the American people to be reminded of a primary principle that lies at the heart of the American system of republican government. The late Harry Jaffa, professor of political philosophy at Claremont McKenna College, laid out this argument in an essay titled “On the Nature of Civil and Religious Liberty.” In that essay, he notes that the Constitution includes claims about personhood that cannot be explained with reference to the Constitution itself but require authoritative interpretation from another source. Americans have always regarded that source, he maintains, as the Declaration of Independence.

Jaffa notes that the claim “all men are created equal” was given as a self-evident premise that needed no justification because “we cannot demonstrate the essential likeness of men to each other and their difference from other animals.” This inability arises from the simple fact that “all demonstration about the world proceeds from the experience by which we grasp the terms of such propositions as ‘This is a man, this is a dog, this is a tree’” — and here we must add “this is a woman.” These propositions, Jaffa concludes, are admitted as true “by everyone who already grasps the meaning of the terms,” and this is what is meant by “self-evident.”

The argument of the Declaration depends on the acknowledgment of a moral order in nature within which human beings hold a middle position in a hierarchy between divinity and beasts. Human beings acknowledge this order by treating animals in ways they know they ought not to treat fellow human beings, viz., by eating their flesh and wearing their skins.

By the same capacity to perceive in nature the contours of this order in universal common nouns such as “human” and “tree,” we can perceive the difference between man and woman. Deny the latter distinction, though, and the former also collapses.

Jaffa illustrates his claim that freedom exists only within an objective order with the example that “freedom of thought is not freedom to deny that two and two is four.” This example brings to mind George Orwell’s horrific dystopian tale 1984 wherein this very freedom is assumed by “the Party” and then ruthlessly forced onto the story’s protagonist Winston Smith through torture.

By denying the universality of this capacity and instead delegating it to a select few, one thereby justifies tyranny. Though Jackson certainly did not intend to make this argument in her off-the-cuff response to Tennessee Sen. Marsha Blackburn’s request to define the word “woman,” such a justification is exactly what her explanation “I’m not a biologist” implies.

Clifford Humphrey (Ph.D., Hillsdale College) is a Postdoctoral Fellow at the Program for the Constitution and Catholic Social Doctrine at the Institute for Human Ecology at the Catholic University of America and a professor of humanities at Thales College in Raleigh, North Carolina.