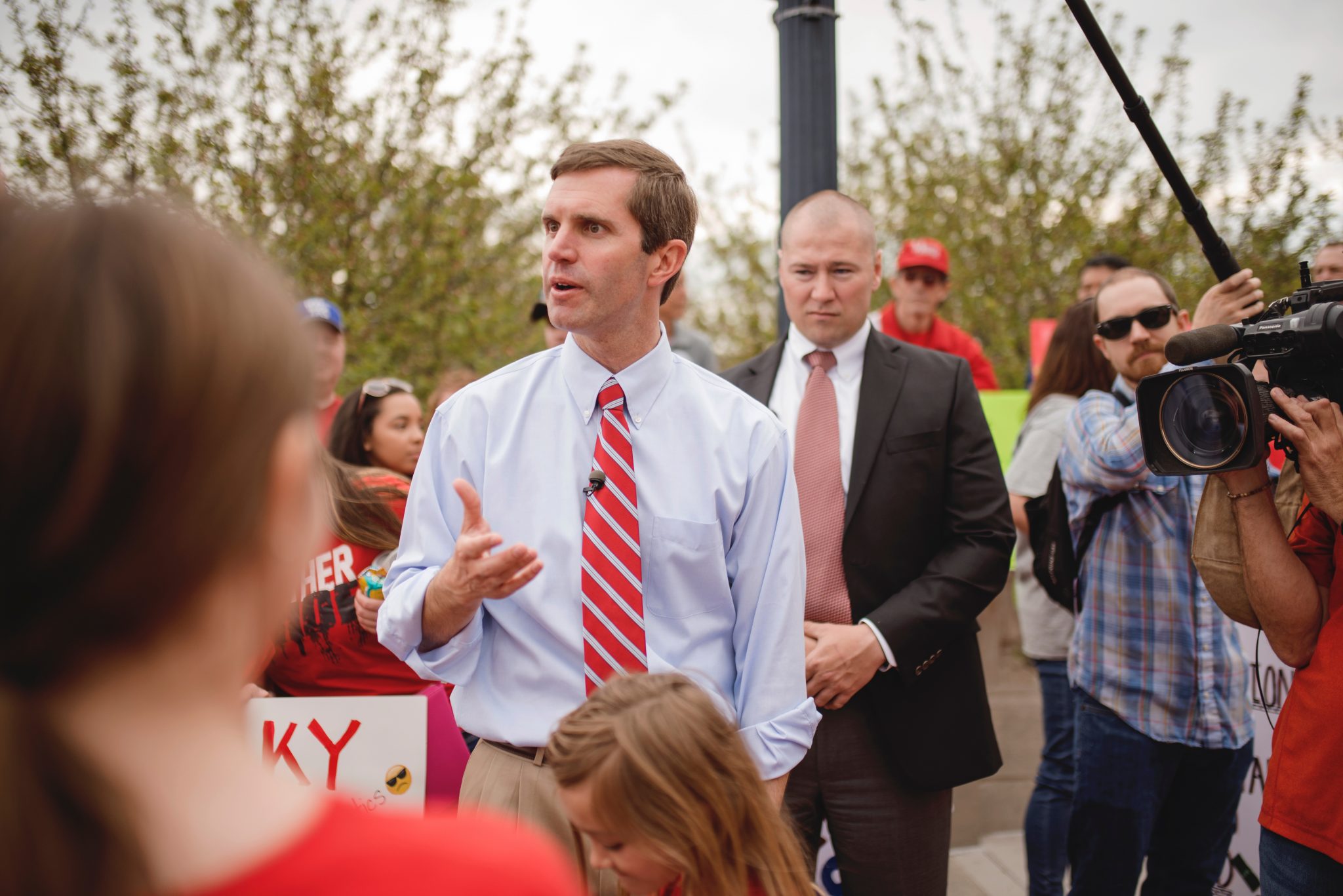 The opposition finally showed up last Wednesday in Frankfort, Kentucky. For weeks, the government’s shutdown response has been numbingly predictable. Each evening at 5:00 p.m., the governor, Democrat Andy Beshear, gives a coronavirus update from the capitol press room. Folks who tune in to his televised broadcast hear a mix of Kentucky-centric platitudes, virus-related statistics, and thoughts on strategies going forward. Over the past few weeks, Beshear has garnered bipartisan praise for his handling of the pandemic. Kentuckians have appreciated his calm, collected demeanor. He seems intelligent, and, frankly, he must be — a Democrat elected in an increasingly conservative Kentucky must have at least a modicum of sense. Day after day, even as he hands down draconian edicts, praise for the governor has generally persisted. Whether it was closing schools, shuttering “nonessential” businesses, or admonishing folks to steer clear of in-person church congregations, Beshear has met virtually no resistance.

But the wind blew a different direction on Wednesday afternoon, when hundreds of protesters gathered on the lawn outside the capitol building. They held signs that referred to him as “King Andy” and demanded that he “Reopen Kentucky.” The protesters’ point was simple: they want to be allowed to work again. Their organizer, Erika Calihan, said, “We’re free citizens. We can’t be told we can’t support our families,” referring to the impact of Beshear’s executive orders on small businesses.

Government leaders should always respect our constitutional rights as American citizens, not simply hide us away when we’re perceived to be off-message.

As Beshear started the day’s 5:00 p.m. briefing, the intensity of the protesters outside seemed only to grow. As he discussed the latest somber statistics concerning COVID-19, the crowd ascended the capitol stairs and perched themselves directly outside the window of his press room. On live television, their chants drowned him out: “Open up Kentucky!” and “We want to work!” Beshear seemed uncharacteristically flustered by the interruption. He addressed the commotion with a heavy, dismissive hand: “Folks, that would kill people. It would absolutely kill people,” he said to the cameras. He went on to say that the decision about when to open up Kentucky was his to make, not theirs.

The protesters must have hit a nerve, because Thursday showed a very different scene in Frankfort. The area surrounding the capitol building was roped off with yellow caution tape, and numerous barricades were placed around the exterior of the press room. Police officers standing guard were almost the only people present. Posted on the barricades were signs warning any would-be protesters that no one was permitted past them, and that “Failure to adhere to this Regulation may result in Criminal Penalty under KRS 511.070,” i.e. criminal trespassing in the second degree. Kentucky’s health czar, Dr. Steven Stack M.D., also put out a statement informing would-be dissenters that the capitol grounds were now off limits, except for “the top floor of the Capitol parking garage,” where participants must “remain in their vehicles, in designated parking areas.” Impressively, Beshear also confirmed that, in response to Wednesday’s fiasco, his staff was working to sound-proof the press room. No more embarrassing interruptions would be welcomed during the king’s speeches. It seems public health concerns will conveniently preclude the Bill of Rights in the blue grass state.

Lively, peaceful protests are nothing new in Kentucky. The state has seen its fair share of them in recent years, some with controversy. In the summer of 2018, then-Gov. Matt Bevin, a Republican, tried to limit capitol access for protesters representing the Poor People’s Campaign. Bevin was unsuccessful, in part, due to pressure from the attorney general at the time who said such restrictions violated the law. Thank goodness someone was looking out for the people’s right to freely assemble. In fact, that same attorney general joined Kentucky teachers inside the capitol for a different rally earlier in the year. On March 30, with megaphone in hand, he admonished the Republican-led Legislature over perceived attacks on public education. On April 14, he gushed to a group of teachers that those protests were “an amazing ray of hope.” He went on to say, “You all have been the best example of what government should be, and how people should demand more of their government.” Who was this thoughtful public servant who nobly guarded the citizens’ First Amendment rights? Why, none other than Attorney General (and gubernatorial candidate) Andy Beshear.

While political expediency is expected to a certain degree from any politician, it only rarely turns the stomach as Beshear’s does. When the cause was near and dear to his heart, not only did Attorney General Beshear stand up for protesters, he joined them. But now, as governor, he banishes dissenting opinions to an obscure corner parking lot. Out of sight, out of mind. Government leaders should always respect our constitutional rights as American citizens, not simply hide us away when we’re perceived to be off-message. Gov. Beshear should take a long, hard look in the mirror and remember the values he may have forgotten. If consistency and adherence to principle are tests of leadership during this pandemic, I’m afraid the king has failed.

Not to worry: he will surely get a chance at redemption. The longer his edicts stand, the louder the dissent will grow.

Reed Spaulding IV, MD, is a practicing pathologist who grew up in rural Kentucky and now splits his time between Kentucky and Indiana. All opinions expressed are his and not those of his employer. Follow him on Twitter @SpauldingMd.