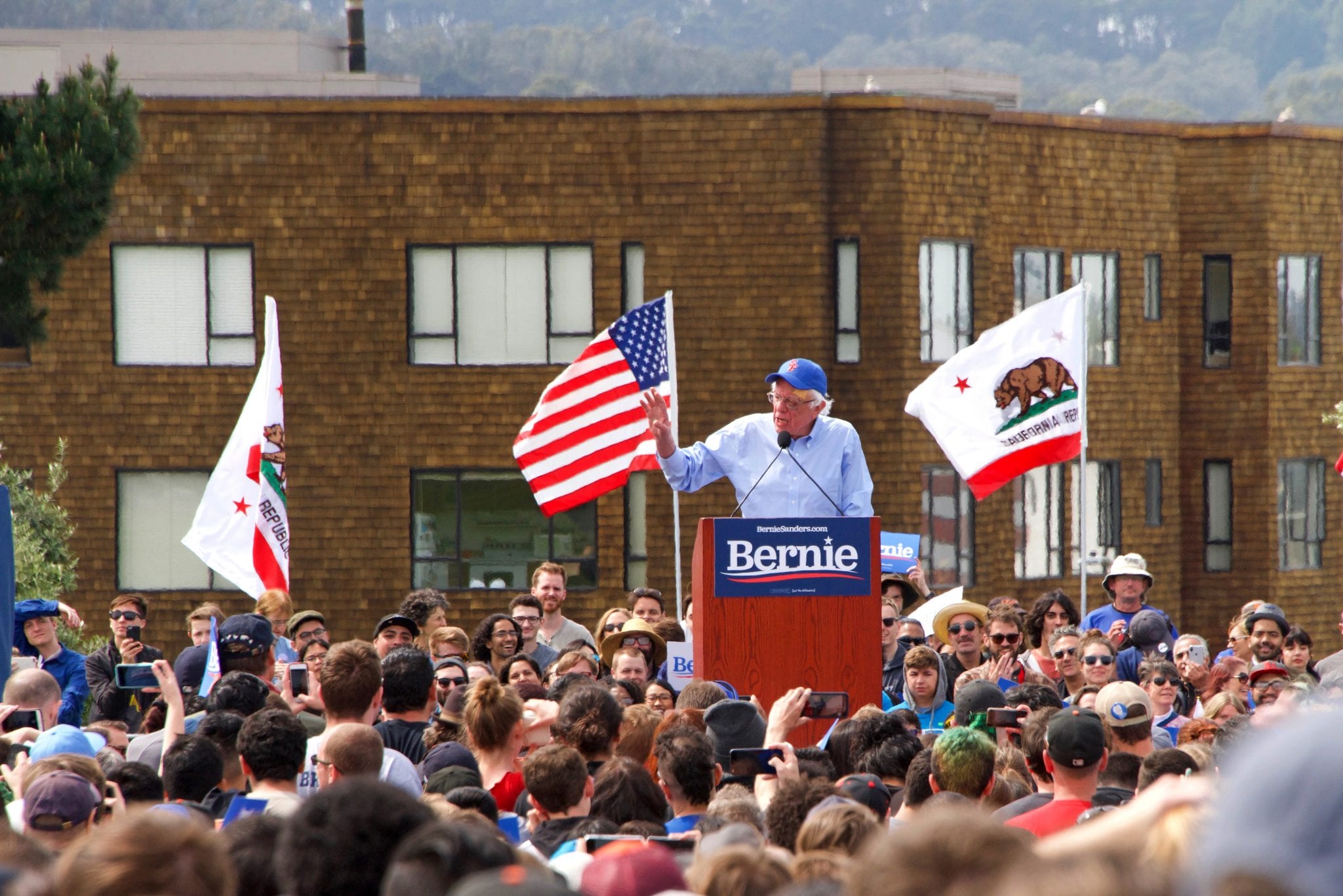 It’s not every day (or any day, for that matter) that I read an editorial by the Washington Post and am moved to cheer. But the editorial board’s salvo against Bernie Sanders’ education plan, which would end all federal funding for public charter schools and ban for-profit charters, was not only on point but timely given the vile goings-on in the California Legislature.

“The most enduring — and unforgivable — civil rights offense in our country today is the consigning of so many poor, often minority children to failing schools,” the Post opined. It described charters as one of “the more promising efforts to deal with this urgent issue” and blasted the distressing “bid by some Democrats to blame charter schools for all the ills of public education.”

Sanders recently gave an education talk designed to woo minority voters. Because it stuck closely to the NAACP’s anti-charter party line, Sanders probably thought it would be a winner. An old-school leftist from 95-percent white Vermont, Sanders apparently underestimated these schools’ popularity in minority communities. He also ignored that local NAACP chapters, including three that represent Southern California cities with large African-American populations, have dissented from the national group’s position.

The presidential candidate’s speechwriter and advisor David Sirota in 2013 penned an article touting Venezuelan strongman Hugo Chavez’s “economic miracle,” so let’s just say Sanders may not be too concerned about what the masses are experiencing — or up on the latest failings of big government. His solution is a return to forced integration through busing, a disastrous program that was the big thing when Richard Nixon was still president.

The good news, at least at the national level, is that these retrograde ideas are getting some pushback. Here’s the Post again: “There is a reason that parents line up on waiting lists for coveted high-quality charter schools.… The politics of charter schools have always been fraught for Democrats because of the influence of teachers unions — which oppose charters for reasons having nothing to do with the welfare of children (emphasis added).”

In California, however, few progressives have spoken out against the Legislature’s aggressive efforts to shut down new charter schools. Empowered by expanded supermajorities in both houses, Democrats have advanced a package of bills that pose an existential threat to these education alternatives. Former Gov. Jerry Brown, despite his many flaws, had run a charter school in Oakland and was a backstop against such measures. Gov. Gavin Newsom is more liberal and closer to the California Teachers Association, which now is grabbing the brass ring.

In 1992, the state passed landmark legislation that made it easy to start public charter schools. They have flourished, especially in the most dysfunctional school districts. The bills are about protecting teachers’ unions from successful, mostly nonunion competitors that are an endless source of embarrassment for failing traditional schools. School dollars follow students, so public schools have further incentive to shut down charters.

Currently, if a local school board rejects a charter application, the charter school can appeal the decision to the county and then the state board of education. That’s important because many local school-board members are elected with the help of the unions and are stridently opposed to charters. Assembly Bill 1505 would eliminate this appeals process and leave such decisions in the hands of the locals. It has been amended slightly and approved by the full Assembly. The others are being considered as Friday’s house-of-origin deadline approaches.

A.B. 1506 imposes a cap on the total number of California charters. A.B. 1507 would forbid charters from opening campuses outside of the school district where they received their original charter, which would shut down another effective workaround to hostile school districts. Senate Bill 756 would impose a two-year moratorium. The state previously has banned for-profit charters.

Without this viable alternative, poor students will be left going to their local monopoly schools. Thanks to the union-based tenure and seniority systems, it’s nearly impossible to fire an incompetent teacher, and the worst usually end up in districts that serve lower-income students. Wealthier suburban districts aren’t as good as we think, as the Pacific Research Institute’s Lance Izumi explained in his 2007 book, but they plod along tolerably enough. But schools in lower-income and minority neighborhoods often are atrocious and sometimes dangerous.

The situation is well known. In 2014, Los Angeles County Judge Rolf M. Treu tossed out the state’s system of teacher protections after finding that they violate the state Constitution. In the Vergara case, the judge cited testimony showing that 1 percent to 3 percent of teachers may be “grossly ineffective,” leading to the miseducation of thousands of students each year. It eventually was overturned but the evidence remains compelling.

The same year, a court case exposed the level of incompetence at some public schools. “For weeks, Armani Richards sat in the Jefferson High school auditorium waiting to be assigned classes for his senior year,” according to the Los Angeles Times. “But a malfunctioning computer records system meant that Richards and hundreds of other students weren’t getting the classes they needed.” They were sent home or to overbooked classrooms or “were assigned to ‘service’ periods where they did nothing at all.” A judge ordered the school to fix the situation.

In 2009, the Times published a series about LAUSD’s “rubber rooms,” where teachers sit around doing nothing while their disciplinary cases wind through a Byzantine system. “The housed are accused, among other things, of sexual contact with students, harassment, theft or drug possession,” reported the newspaper. “All told, they collect about $10 million in salaries per year — even as the district is contemplating widespread layoffs of teachers because of a financial shortfall.” It can take months or years to adjudicate these cases.

Without the charter option, poor kids are stuck in these school systems. That’s fine with the teachers’ unions, most California Democratic lawmakers. and Sanders, who wrote, “The proliferation of charter schools has disproportionately affected communities of color.” But back to the Post, which noted that 68 percent of charter students are minorities. “Mr. Sanders is right about the outsize effects on minority communities — but those effects have been positive, not negative,” the newspaper retorted. Indeed, and bravo. Now where are the other liberal voices?