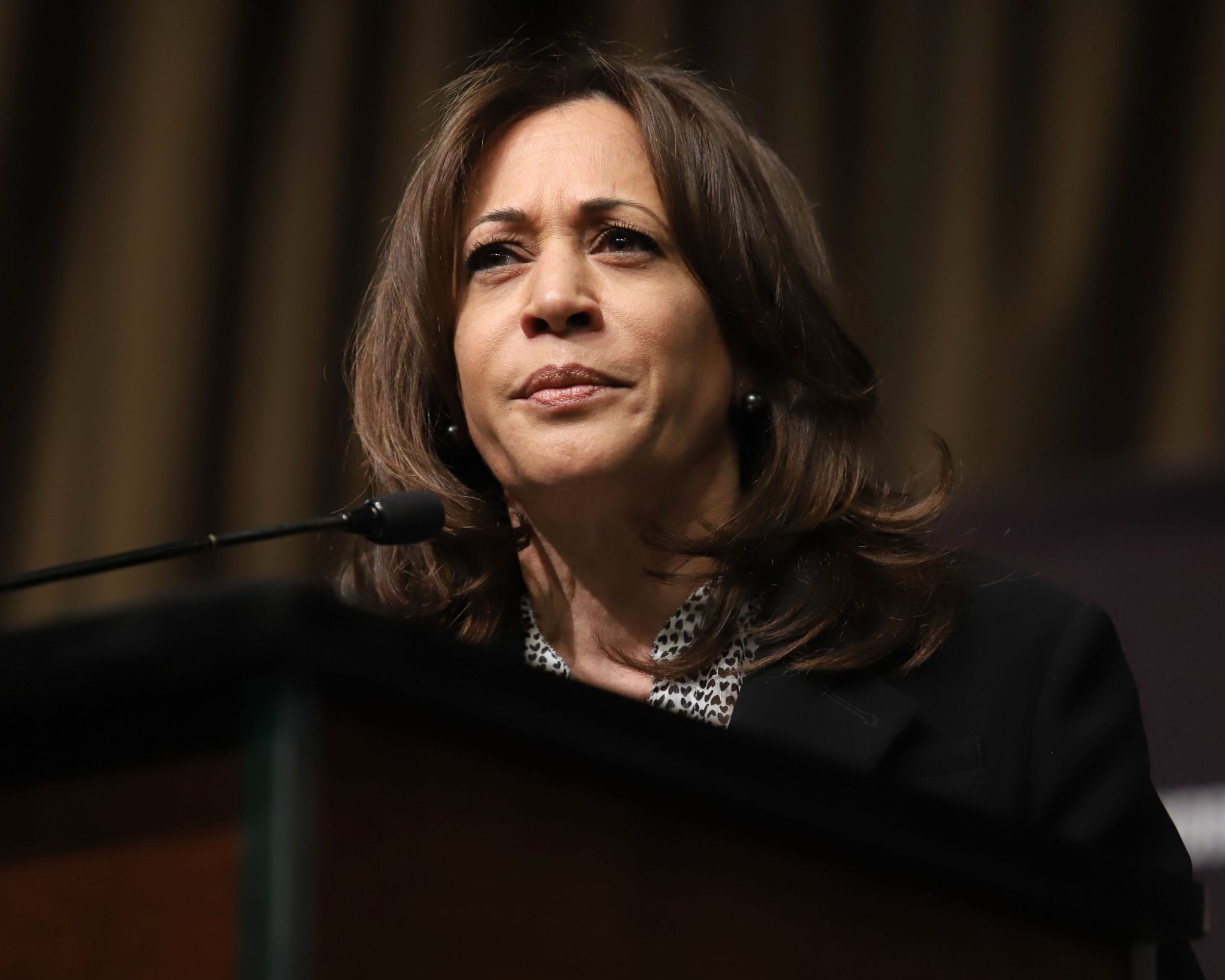 Kamala Harris, the emptiest suit in the Democratic primary, embarrassed herself again last Friday with a speedy reversal fit for the textbooks.

Pressed by Meghan McCain to clarify her stance on unauthorized border crossings on The View, Harris asserted that she was “not in favor of decriminalizing,” directly contradicting her raised hand in favor of the practice during the first Democratic debates in June. She proceeded to flop a second time on the same topic in the very next breath, telling McCain that she would make it a “civil enforcement issue, but not a criminal enforcement issue.” As a lawyer, she ought to have known that the technical name for such a policy is decriminalization.

Her response on its own would be bad enough: there is no excuse for any presidential candidate to be so discordant on border security, a topic on which Americans overwhelmingly demand clear leadership. But Harris’ gaffe is only the latest example of a brief but telling history of incoherence. Indeed, it would be fair to say that she has waffled on nearly every high-profile issue that she has discussed since announcing her run for president.

Harris’s tenures as a district attorney and then attorney general of California trace a record of prosecuting the war on drugs and fighting to uphold wrongful convictions. She now rails against America’s “deep and dark history of people using the power of the prosecutor as an instrument of injustice.” In 2014, she laughed and dismissed the idea of marijuana legalization; nowadays, she pretends that she’s always been hip with drug culture.

Hoping to curry favor with progressives soon after announcing her presidential bid, Harris told Jake Tapper in a January interview that she would be prepared to eliminate all private health insurance in the U.S. With the backlash threatening to hurt her campaign right out of the gate, she quickly switched to asserting that there were “multiple paths” to single-payer healthcare and that keeping private insurers was an option. Her whiplash retreat occurred within a day, remaining her personal record until last week’s spar with McCain.

Most egregious of all has been the busing issue, which during the first Democratic debates delivered Harris the 2020 race’s most defining moment to date. Her bludgeoning of Biden’s past opposition to mandatory busing desegregation, delivered with pitch-perfect dejection, broke his sheen of invincibility. She then added salt to his wounds with a self-congratulatory tweet commemorating the moment. Her attack paid off: she gained enormous momentum at Biden’s expense and vaulted into the top tier of candidates.

Soon, however, Harris found herself talking around mandated busing, unwilling to genuinely commit to a policy that appeases progressives but is wildly unpopular with everyone else. Her newfound position, that busing ought to be “considered” by each school district, is a far cry from supporting a federal mandate — and virtually identical to what Biden believed in the 1970s.

When it comes to a candidate like Bernie Sanders, voters know exactly what to expect, for better or for worse: he promises fundamental political and economic transformation and will deliver it if elected. Kamala Harris, in contrast, careens wildly from one position to the next. She fluffs and obfuscates and juggles on issues, such as radically altering the health-care industry that constitutes one-sixth of the U.S. economy  and America’s right to enforce its own borders. Her pungent fusion of leftist radicalism and unprincipled, milquetoast centrism may not be the most dangerous 2020 offering, but it is certainly one of the most unappetizing.