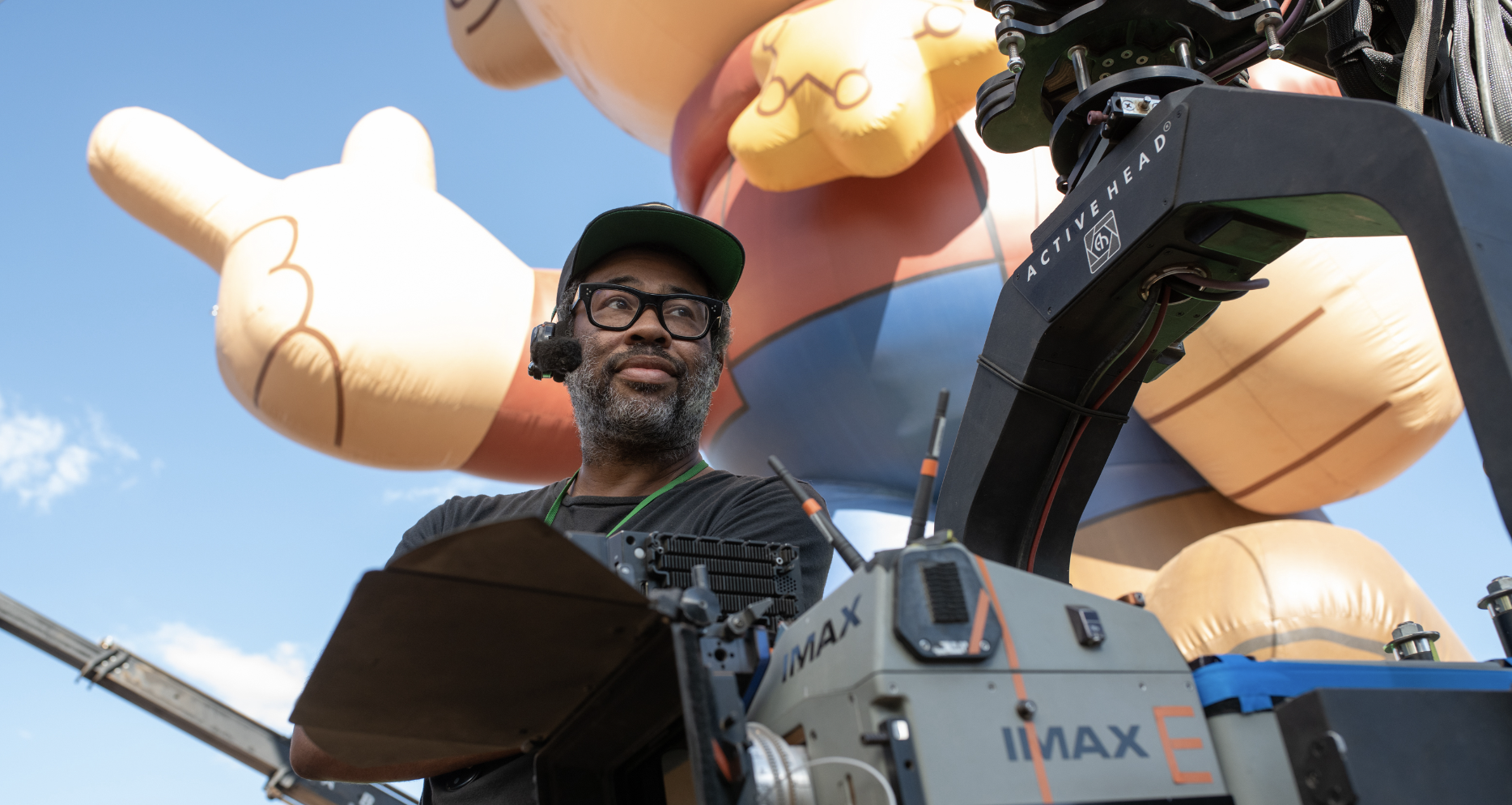 Jordan Peele’s films are more often than not pegged as works of social commentary, and though his latest film, Nope — about a UFO that turns out to be a hitherto unknown sky creature — seems at first glance to be a departure from that genre, it is anything but.

The plot of the film follows brother and sister duo, OJ and Em Haywood, who have recently inherited Hollywood’s first and only black-owned and -operated horse-wrangling business following their father’s death from an inexplicably errant nickel shooting down from the sky. In dire financial straits, faced with the possibility of selling their business to a former child star, Jupe (the survivor of an on-set chimp rampage turned manager of a combination cowboy-UFO theme park), the siblings pin their financial hopes on the prospect of photographing the UFO that likely killed their father. In short order, the two are joined in this venture by a scrappy electronics store clerk and, later, a famous filmmaker.

Throughout the first half of the story, Peele stresses the mysterious: the mystery of film itself, in which successions of images appear as genuine movement, highlighted by one of the very first films showing a black jockey, from which the sibling duo claim descent (Eadweard Muybridge’s The Horse in Motion); the mystery of the chimp, “Gordy,” who rather than brutally beating Jupe to death like his co-stars simply offers him a casual fist bump; and, of course, the mystery of the UFO, which early on is revealed to be even more mysterious than otherwise supposed — a prodigious creature fond of cloud cover that is accounted as a possible explanation for visions of biblical angels.

Peele inverts the standard treatment of mysterious subjects of wonder in film, breaking the taboo against lifting the veil too gingerly.

But in contrast to the great pains Peele takes to invest these mysteries with a sense of reverent wonder (with protracted shots and gushing musical accompaniments), most of Nope’s characters see them solely as opportunities for financial exploitation. The Haywood family turns the spectacle of their supposed ancestor into a business where their avowedly beloved horses are rendered into props for commercials. Jupe opens up a lucrative “Gordy” museum at his ranch, going so far as to rent it out overnight to a particularly depraved Dutch couple. The siblings intend to use the UFO-beast as a ploy get “on Oprah.”

Yet there is one character in Nope with no interest in exploitation: the famous filmmaker Holst, a polite caricature of Werner Herzog, who like the genuine article evinces an utter and contrasting reverence for mystery.

Admirably, Peele resists the temptation to warp the plot into a hackneyed morality play. Rather — as with Paul Verhoeven’s Starship Troopers — he plays the story straight. After a drawn-out confrontation, Em succeeds in getting a clear picture of the creature with the help of a theme park photobooth just in time to meet a group of reporters rushing to the scene. Presumably, she even gets on Oprah.

In doing this, Peele inverts the standard treatment of mysterious subjects of wonder in film, breaking the taboo against lifting the veil too gingerly. After the first half of the film, wherein the creature had been covered by a cloud and only shown in brief, evocative snatches — spoiler alert — the creature is revealed to be, in its ordinary form, a sort of cartoon UFO that sucks up its victims Kirby-style and, in its extraordinary form, a sort of airborne jellyfish that swoops through the clouds in languorous, mushing swings.

Moreover, Peele breaks the ultimate taboo against the depiction of those instances, which OJ dubs “bad Miracles,” where everyday humanity finds itself in a confrontation with the awful mysteries of the world that inevitably results in death — the sort of instances that in classical drama occur off-stage in the recollection of an awe-struck attic chorus.

Pointedly, Herzog is well-known for conspicuously respecting this taboo. For instance, in his documentary Grizzly Man, chronicling the life and death of bear-lover Timothy Treadwell, though he had access to a recording of the subject’s demise (Treadwell was mauled to death by a bear that he had been tracking and that he had hitherto lovingly praised at length), Herzog refused to include it in the documentary. Instead, he showed a clip of himself with headphones listening to the recording and afterwards telling the victim’s partner in no uncertain terms, “You must never listen to this.”

Thus, it’s no coincidence that the Nope’s most poignant scene is — spoiler alert again — the death of Holst, who in trying to capture the creature on camera is consumed by it. Not only does Peele show the creature’s approach, but he also portrays Holst writhing in agony in the creature’s brightly lit gut. Before he dies, he tells the scrappy clerk, “We do not deserve the impossible.”

Ironically, the actor playing that clerk, Brandon Perea, as if by some joke of providence, in the midst of filming fell prey to the same urge the film criticizes. Realizing that his character was slated to die, Perea — enamored with his first major role and the spectacle of Hollywood — refused to let his bit role be just that. In one statement, he said: “[T]here’s no way the story’s over in my head. There’s no way. For how heroic everything kind of seemed at the end, I’m like there’s no way they leave the heroes like this.” That Peele, after being lobbied at length, granted Perea this boon — allowing the film to function as a critique of the exploitation of spectacle not only in the story but in its very production as well — lends the whole venture a rare meta quality.

Of course, all this conjecture might seem farfetched. That a figure like Peele should decide out of the blue to make a film damning its heroes and audience — the sort of folks that he has erstwhile slavishly catered to — seems odd, if not implausible.

At the beginning of the film, however, Peele quotes Nahum 3:6: “I will cast abominable filth upon you, make you vile and make you a spectacle.” And if the meaning of this line, an excerpt of the judgement of God against the city of Nineveh, is not already manifestly clear in the context of the film, consider the preceding text, in which God describes how he will “lift [the] skirts” of the people over their faces and show the nations their “nakedness” and “shame.” That is, not only is Jordan Peele’s Nope not quite a departure from his usual genre of social commentary, but it is perhaps the most reactionary blockbuster of the summer.

Michael Shindler is a writer living in Washington, D.C. His work has been published in outlets including Church Life, the American Conservative, University Bookman, New English Review, and National Review Online. Follow him: @MichaelShindler.