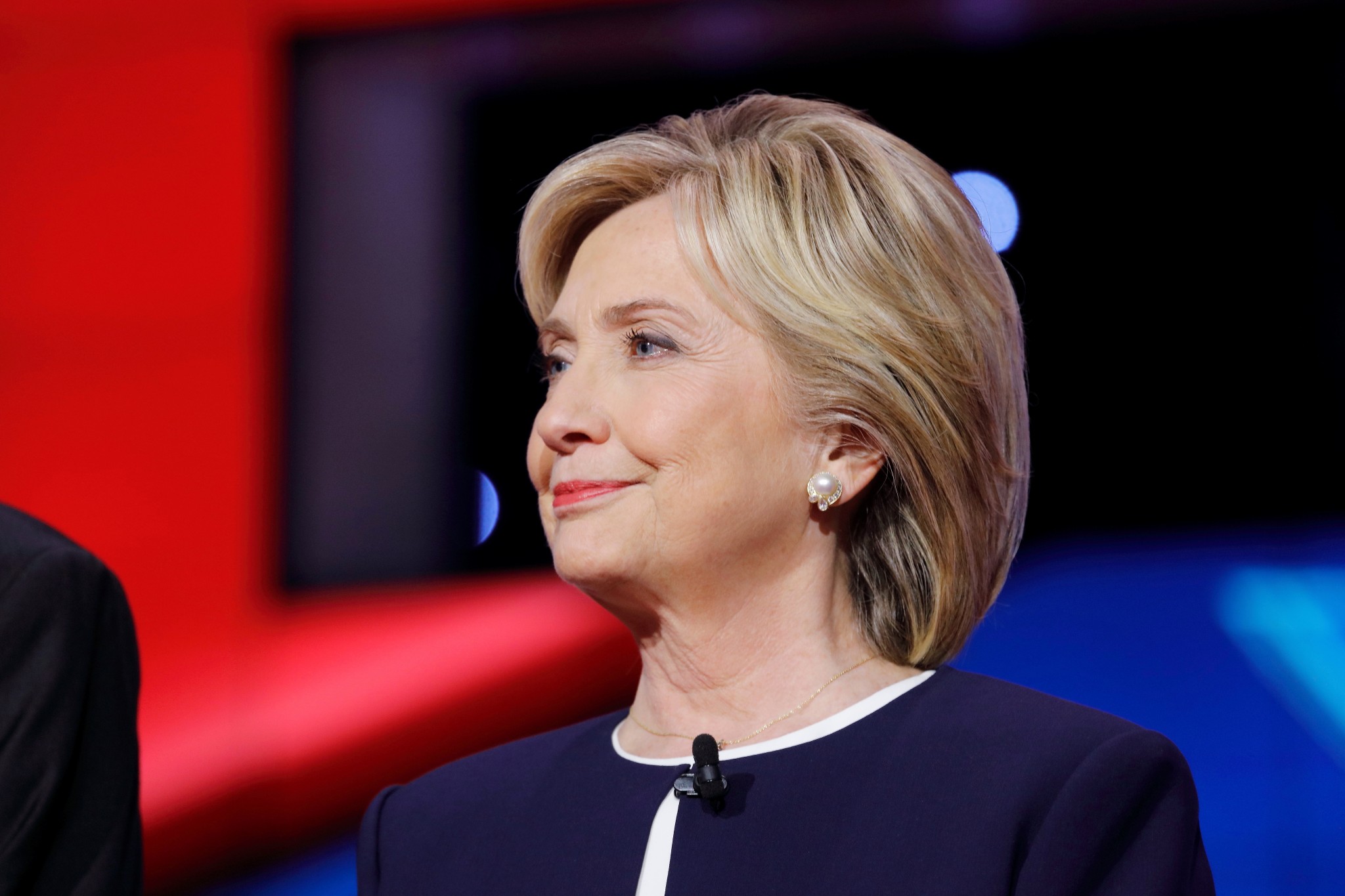 This is the third in a series of articles analyzing the 27-page federal grand jury indictment charging lawyer Michael Sussmann with making a false statement to the FBI. The second article analyzed the indictment’s detailed factual averments that spelled out how Sussmann and others conspired to concoct a false but “plausible” narrative purportedly demonstrating the existence of a secret channel of internet communications between the Trump Organization, owned by Donald Trump, and the Russian Alfa Bank. The article ended at the point where Sussmann was about to meet with James Baker, the general counsel of the FBI.

At the meeting, Sussmann allegedly delivered to Baker deceptive “white papers,” documents and computer data that were calculated to trigger an FBI investigation of the purported Trump-Alfa Bank connection. According to the indictment, once the FBI began its investigation, Sussmann, the top echelon of Hillary Clinton’s presidential campaign (“Clinton Campaign”) and others publicized the fact that the FBI was investigating possible ties between Trump and Russia.

Moreover, the indictment also avers that, even before his September 19, 2016, meeting with Baker, Sussmann disseminated the fabricated Trump-Alfa Bank narrative to the media. Quoting billing records and emails from Sussmann’s law firm (“Perkins Coie” which represented the Clinton Campaign), the indictment gives the following examples of how the smear was spread:

Now hit the pause button and consider this. These examples — as with so many other averments in the indictment — quote Perkins Coie’s billing records as well as emails between Sussmann, Elias, and others. They are direct, real-time, and devastating proof of overt acts and statements made in the course and in furtherance of the illegal but thus-far uncharged conspiracy outlined in the indictment. The fact that Durham has obtained this type of closely-guarded evidence speaks to his skill, tenacity, and seriousness of purpose, and spells serious legal trouble for all those who participated in concocting and spreading the Trump-Alfa Bank smear.

So, what happened when Sussmann met with Baker? The indictment avers some very unusual circumstances.

First, according to the indictment, when Baker and Sussmann met, “[n]o one else attended the meeting.” (Emphasis added)

How did that happen? When interviewing even the lowliest witness, the FBI always works in pairs. One agent does the questioning while the other takes notes.

But here, when a lawyer from a “major international law firm” representing the Clinton Campaign met with the FBI’s top lawyer during the Presidential campaign, no one else was present to document what transpired. Why?

Did Baker know in advance why Sussmann wanted to meet? If so, why wouldn’t Baker require the presence of a witness to document what was to transpire?

Second, why did Baker even agree to the meeting? Doesn’t the FBI have plenty of trained, perfectly competent special agents who gather facts and document their findings? Why wasn’t Sussmann’s contact handled by way of the FBI’s regular interview process?

The indictment explains that Sussmann’s meeting with Baker wasn’t his first interaction with the FBI. It states that “[i]n or about April 2016, the Democratic National Committee (“DNC”) retained Sussmann to represent it in connection with the hacking of its email servers by the Russian government. In connection with his representation of the DNC as the victim of the hack, the defendant met and communicated regularly with the FBI, the DOJ, and other U.S. government agencies. In or around the same time period, Sussmann was also advising the Clinton Campaign in connection with cybersecurity issues.”

A later article in this series will discuss Sussmann’s role in the FBI’s bizarre, pretend investigation of the DNC hack in which the FBI opted not to conduct its own forensic examination of the DNC’s server. Instead, it relied on Crowdstrike, a private company reportedly retained by Sussmann, to examine the server.

More on that later. But, for now, suffice it to say that prior to meeting with Baker, Sussmann had interacted with the FBI. Also, as Baker later told congressional investigators, he and Sussmann had “a pre-existing relationship.”

The particulars of that relationship remain unclear. But, before Congress, Baker testified in reference to Sussmann, “I had a personal relationship with Michael.”

The indictment describes what happened at the meeting as follows:

Immediately after the meeting, Baker spoke with the assistant director of the FBI’s Counterintelligence Division (identified elsewhere as William Priestap) concerning his meeting with Sussmann. Priestap took contemporaneous handwritten notes which reflect Sussmann’s statements to Baker, and state, in relevant part:

According to the indictment, in the days following Sussmann’s meeting with Baker, and as a result of that meeting, the FBI opened an investigation of the Trump-Alfa Bank allegations.

During that time, Sussmann is alleged to have to have coordinated with Fusion GPS and his law partner, Marc Elias, who represented the Clinton Campaign, to disseminate the Trump-Alfa Bank allegations to the media.  He continued to bill his time for such work to the Clinton Campaign.

For example, “on or about October 10, 2016, Sussmann is alleged to have emailed Reporter-1 a link to an opinion article which asserted, in substance and in part, that Newspaper-1’s investigative reporters had not published as many stories regarding Trump as other media outlets.” The subject line of Sussmann’s email was “for your editors,” and the body stated, “You should send this link to them.” According to public sources, Reporter-1 was working on an article about the Trump-Alfa Bank narrative, but his editors at Newspaper-1 had not yet authorized publication of the article.

According to the indictment, “on or about October 30, 2016,” an employee of Fusion GPS forwarded to another reporter (“Reporter-2”) a tweet which indicated that the FBI director had “explosive information about Trump’s ties to Russia.” The GPS employee’s email stated “time to hurry,” suggesting that Reporter-2 should hurry to publish an article regarding the Trump-Alfa Bank allegations. The indictment avers that Reporter-2 responded by emailing the Fusion GPS employee a draft article regarding the Trump-Alfa Bank allegations along with the cover message: “Here’s the first 2500 words.”

The opening paragraphs of the indictment state that “[i]n or about late October 2016 — approximately one week before the 2016 U.S. Presidential election — multiple media outlets reported that U.S. government authorities had received and were investigating allegations concerning a purported secret channel of communications between the Trump Organization,  owned by Donald J. Trump, and” the Russian Alfa Bank.

The indictment cites the article by Newspaper-1 as stating that intelligence officials possessed information concerning “what cyber experts said appeared to be a mysterious computer back channel between the Trump Organization and” the Alfa Bank. The article further reported that the FBI had “spent weeks examining computer data showing an odd stream of activity to a Trump Organization server,” and that “[c]omputer logs obtained by [Newspaper-1]” showed “that two servers at” the Alfa Bank “sent more than 2,700 ‘look up’ messages … to a Trump-connected server beginning in the spring.” According to other articles, this information had been assembled by an anonymous computer researcher who used the moniker “Tea Leaves.” (Identified as “Originator-1” in my previous article.)

As this news broke, Hillary Clinton announced on Twitter that “Computer scientists have apparently uncovered a covert server linking the Trump Organization to a Russian-based bank.” She added that “It’s time for Trump to answer serious questions about his ties to Russia.”

Meanwhile, the Clinton Campaign posted a “Statement from Jake Sullivan on New Report Exposing Trump’s Secret Line of Communication to Russia.” In it, Sullivan is quoted as follows:

This could be the most direct link yet between Donald Trump and Moscow. Computer scientists have apparently uncovered a covert server linking the Trump Organization to a Russian-based bank.

This secret hotline may be the key to unlocking the mystery of Trump’s ties to Russia. It certainly seems the Trump Organization felt it had something to hide, given that it apparently took steps to conceal this link when it was discovered by journalists.

This line of communication may help explain Trump’s bizarre adoration of Vladimir Putin and endorsement of so many pro-Kremlin positions throughout this campaign. It raises even more troubling questions in light of Russia’s masterminding of hacking efforts that are clearly intended to hurt Hillary Clinton’s campaign. We can only assume that federal authorities will now explore this direct connection between Trump and Russia as part of their existing probe of Russia’s meddling in our elections.”

This was by no means the end of Sullivan’s involvement. As will be documented in a later article, Sullivan, who now serves as the Biden regime’s National Security Advisor, worked assiduously on behalf of the Clinton Campaign to spread the Trump-Alfa Bank story. But that’s enough for now.

There’s much more to this tale of the most successful and destructive political smear in American history. So stay tuned for the next exciting episode of “John Durham Blows Up Washington.”