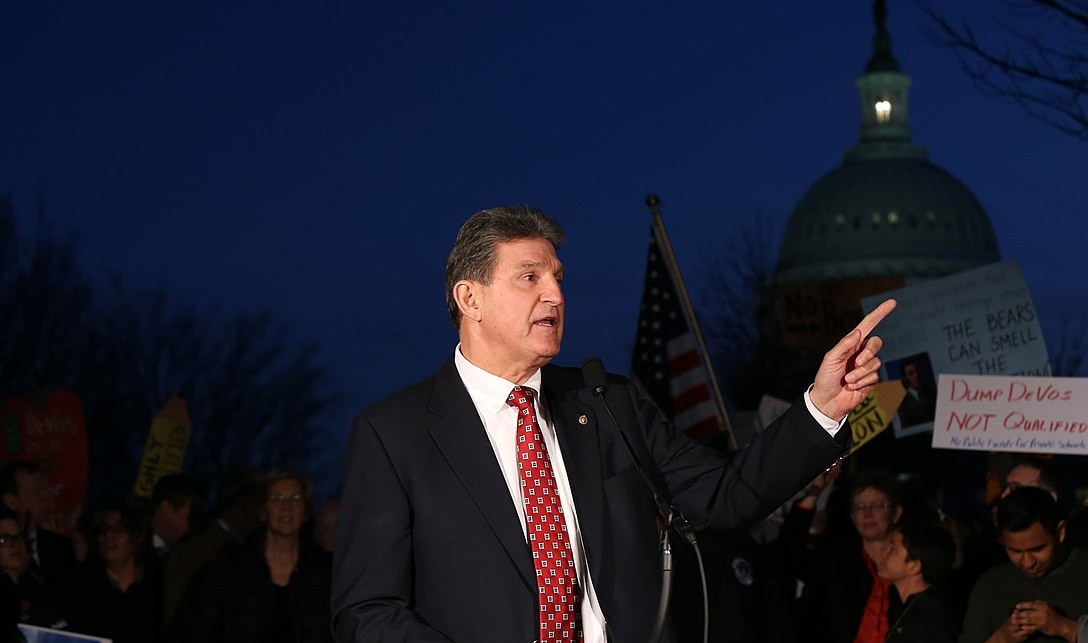 Republicans who buck the GOP can always count on glowing treatment from reporters. The media celebrates their deviations from Republican orthodoxy and offers an endless stream of unsolicited advice to the GOP about expanding its “big tent.” Deviations from Democratic orthodoxy, on the other hand, meet with icy media disapproval. The rare conservative-leaning Democrat who resists the leftward direction of his party is cast not as a laudable reformer but as an annoying troublemaker. The media canonizes the John McCains but freezes out the Joe Manchins. The media sees a “big tent” as a solution for the GOP but a problem for the Democrats.

Don’t look for any fawning profiles of Joe Manchin anytime soon. He is already feeling the lash of media disdain for his opposition to Neera Tanden as head of the Office of Management and Budget (OMB). He doesn’t care for her compendium of intemperate tweets, among other things — an objection one would think a media that spent the last four years decrying Trump’s tweets might support. Instead, Joy Reid, a host on MSNBC, calls Manchin’s opposition to Tanden “strange.” CBS late-night host Stephen Colbert is turning Manchin into fodder for his comedy bits. Under Trump, the media purred about “compromise.” Now it mocks Manchin for pursuing it.

Politico found fit to air charges of “sexism and white privilege” against Manchin. It is hard to imagine the media entertaining such charges against a liberal Republican who objected to a controversial figure from the GOP. In Tanden’s case, the Democrats are shamelessly playing feminist and racial cards in her defense, and the media is humoring the gambit. Politico reports compliantly:

Inside the White House, it did not go unnoticed that many of the lawmakers objecting to Tanden’s social media missives — including Manchin — voted to confirm Richard Grenell, the acid-tongued Trump booster, to the post of U.S. ambassador to Germany. Democrats on and off the Hill likewise argued that Tanden, who is of South Asian descent, was one of several nominees of color being treated differently than Trump-era nominees who lobbed personal attacks or expressed bigoted views.

“We can disagree with her tweets, but in the past, Trump nominees that they’ve confirmed and supported had much more serious issues and conflicts than just something that was written on Twitter,” Rep. Grace Meng (D-N.Y.) said in an interview after tweeting in frustration about Manchin’s reported hesitancy around some nominations. “This is not just about any one nominee like Neera, or whoever else — it’s just about this pattern that is happening and increasingly hard to ignore” …

It’s not just Tanden’s nomination that is surfacing complaints of sexism and racial prejudice. Officials in the White House and those who served on the transition note that several of Biden’s nominees of color have seen their nominations slow-walked in the Senate or have already come under comparatively harsher criticism than the white men up for top administration posts.

Whenever a Republican breaks with his party and joins the Democrats in a vote, the media crowns the moment “bipartisan.” But no such burbling has followed Manchin’s agreement with Republicans about Tanden. Instead of questioning Manchin for opposing her nomination, the media should be asking Biden why he made it. That he considers a rabid partisan like Tanden a sober pick for the OMB speaks volumes about his phony “moderation” and the emptiness of his civility pledge.

In GOP-related intramural disputes, the media instinctively sides with the “moderates” and gushes over the value of a large and expanding party “tent.” But if Democratic sparring breaks out, the media’s attitude changes sharply. It suddenly favors the dogmatic over more flexible Democrats and bemoans a “big tent.”

According to an anxious New York Times, “the big tent of the Democratic Party is set for a stress test under Mr. Biden unlike any it has faced while in power in recent decades.” It continues:

Democrats have long prided themselves on including liberals, moderates and even conservative Democrats in the tent, in sharp contrast to the recent Republican moves in several states to censure members for disloyalty to former President Donald J. Trump.

Still, even though Democrats control Washington, they are hardly united by the same governing goals: The party’s ideological blend of moderate and progressive voices helped it win back the White House and the Senate, but elements of that coalition could threaten the most ambitious parts of Mr. Biden’s agenda.

The supposed “big tent” of the Democrats is actually quite small. Most disputes in it are not between the “left” and the “center,” but between the far left and the left. “Conservative Democrats” are an endangered species, and those like Manchin who make even a nod in that direction can expect severe scrutiny from the media. It demands ideological diversity in the GOP, but craves uniformity among Democrats.