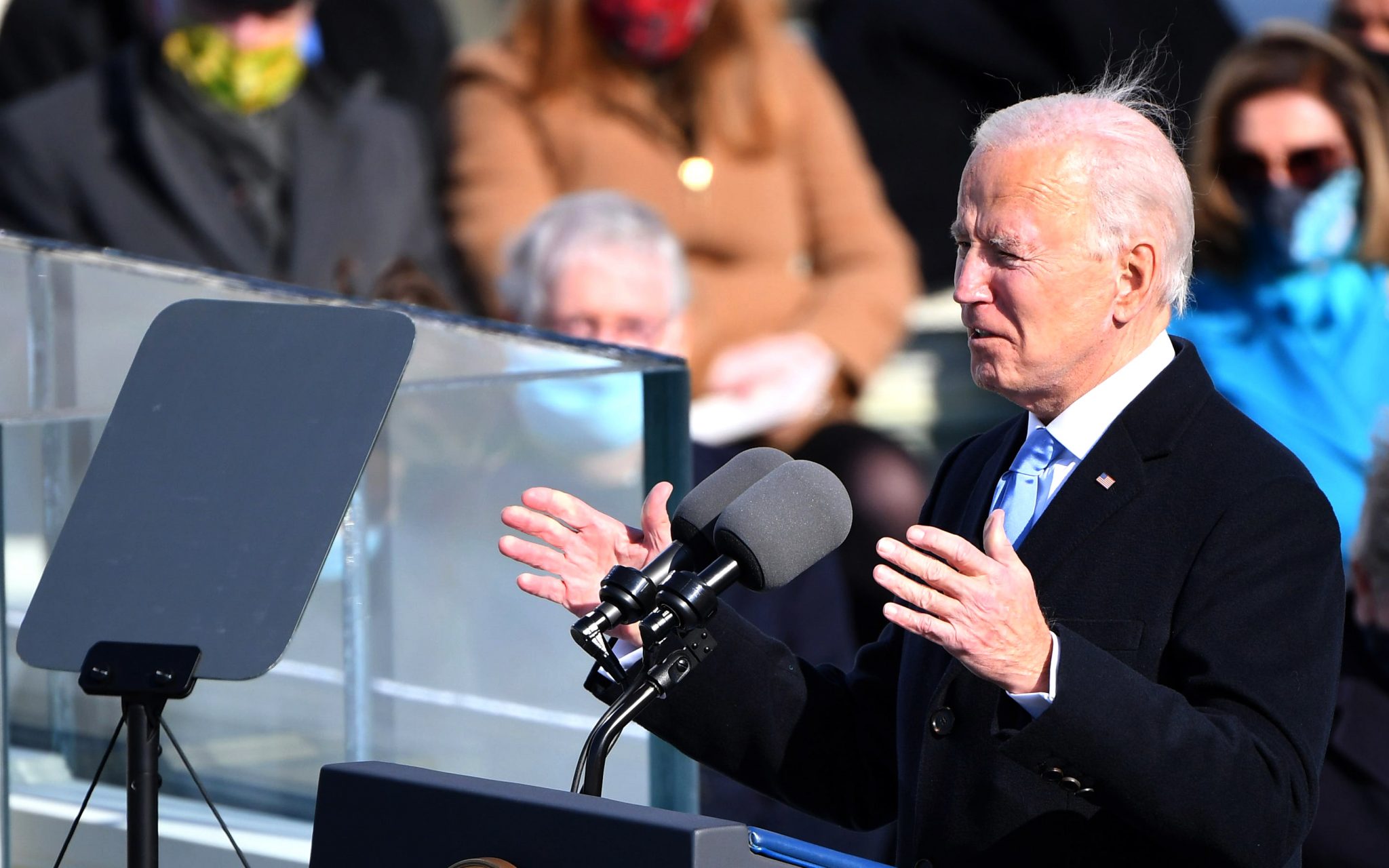 Aside from standing in the schoolhouse door of the University of Alabama to physically try and block the enrollment of two black students, Wallace is recalled for his 1963 inaugural address as governor. Said the new governor:

Now comes President Joe Biden, first elected to the U.S. Senate the year Wallace was running for the Democratic presidential nomination. The new president, in his own inaugural address, said there was “A rise of political extremism, white supremacy, domestic terrorism that we must confront and we will defeat.”

On one level, this is not very remarkable. Not many Americans support white supremacy. Most people in this country find it disgusting, and they should. But the question is, what does it mean to wage war on white supremacists? Can somebody tell us in very clear language what a white supremacist is?

This is not a question of semantics. Joe Biden is the president of the United States, not a high school debate coach. He controls the largest military and law enforcement agencies in the world. He has now declared war, and we have a right to know, specifically and precisely, who exactly he has declared war on. Innocent people could be hurt in this war. They usually are. There could be collateral damage in this war, and the casualties will be Americans.

So, again, what is a white supremacist? You might be surprised to learn just how broad the definition has become. Bloomberg News has described a wall along our southern border as “a Monument to White Supremacy,” so be certain not to support that. Colin Kaepernick, who seems to have the unequivocal support of corporate America, calls the Fourth of July an example of white supremacy. Better put away the fireworks and the hot dogs.

The United States Army, a trusted institution if there ever was one, has an entire manual on what is and what is not white supremacy. Apparently, among the tell-tale signs of a committed white supremacist are these: Celebrating Columbus Day, using the term “American exceptionalism,” any support for federal border security or English-only measures or “education funding from property taxes.” Using the phrase “there’s only one human race” is white supremacy, too, according to the Army.

As I long ago detailed in this space, racism has been the political fuel for the Democratic Party since its inception.

The party was founded by slave owners. It wrote one platform after another supporting slavery. At its first convention after the Civil War, in 1868, with slavery abolished and segregation the new party doctrine, the party’s slogan was

This is a White Man’s Country, Let White Men Rule.

The point, of course, was to use race to win elections.

Nothing has changed with the Democratic Party. Today’s identity politics is nothing less than the politics of racial supremacy. Race trumps all.

Which, to bring us back to President Biden, is exactly what Biden, like Wallace before him, is all about: using racial supremacy to gin up his base and divide people for political purposes. And, as Tucker Carlson has noted, Biden intends to use the resources of the federal government to enforce this racist agenda.

Over there at the Washington Post, Philip Bump unwittingly illustrated the Democrats’ racial supremacy routine at work. The headline:

In fact, what Biden was doing is exactly what Democrats have been doing for the two-plus centuries of their party’s existence.

Biden was playing the race card.

Simply put, when it comes to Democrats playing the race card, whether it’s Joe Biden or George Wallace, some things never change.