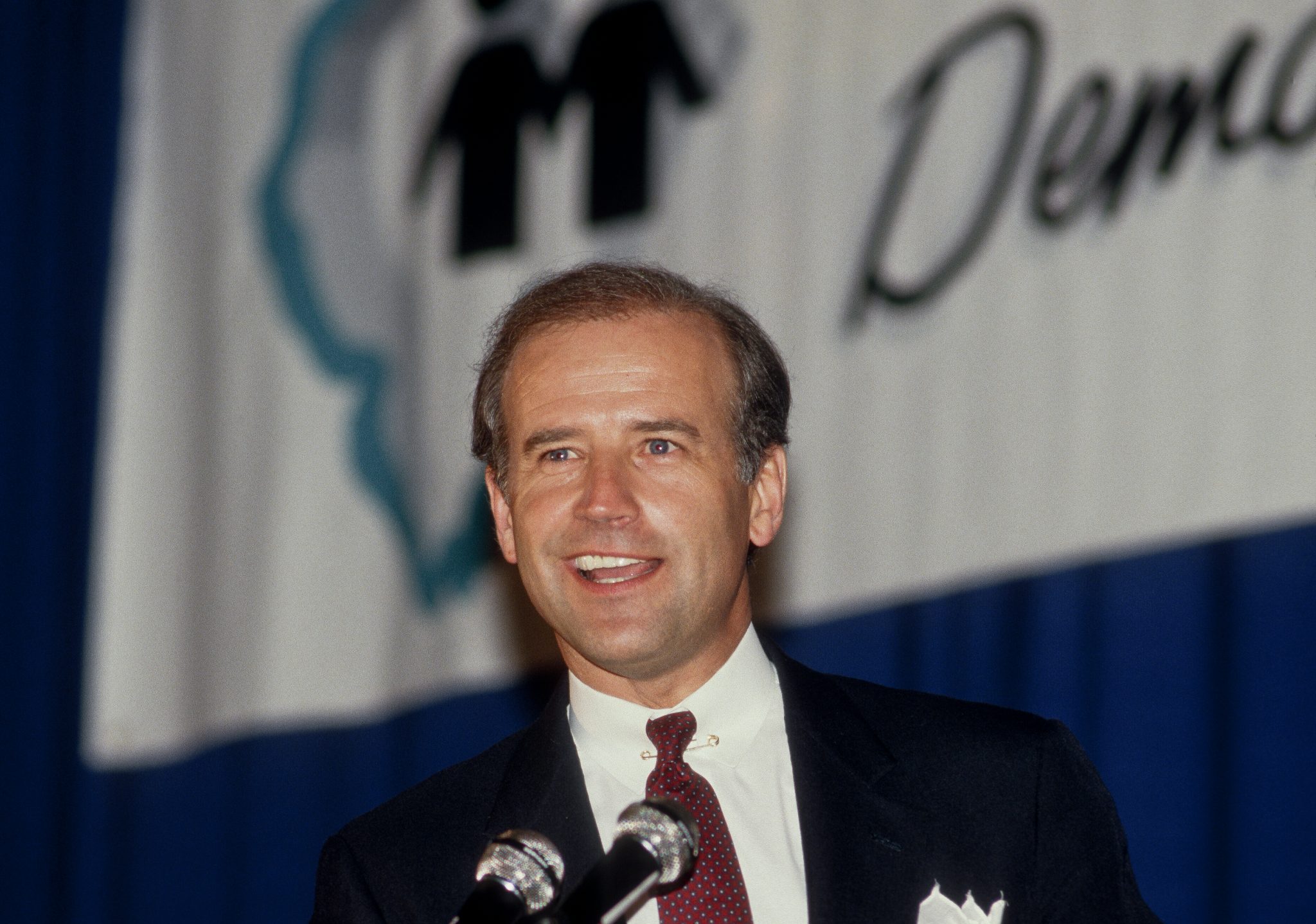 I defer to no one in my contempt for Joe Biden, perhaps the most clueless candidate to ever seek the highest office, and as politically amoral as they come. Over the years I’ve had some fun in print at his expense. (Only the most humor-deficient political scribbler has not.) But I wish commentators would lay off his age. And not just because I’m a month older than he is. But also because he said foolish things when he was young. At least back then when he said something incoherent he said it in complete sentences. Now, with his teleprompter apparently a moving target, he has substituted noun, verb, and object with, “C’mon, man!”

For his political career, as the attached clip confirms, he’s been economical with the truth. His whoppers then and now recall what George Will said about the Clintons in the nineties. Quoth the George (from my memory): “They’re not hostile to the truth, just cheerfully indifferent to it.”

For many voters Joe Biden is a new name and face. But for those who’ve followed, covered, and generally attended to American politics over the decades, Biden is a known quantity. Not because he’s been in any way important to the course of the republic, or even to Democratic politics, but because he’s been a frequent guest on political talk shows. Joe always liked to be on the shows because he loves to talk and therefore appear important. At least to himself. The producers of the talking head shows liked to have him on because he’s a blowhard and apt to say, with unjustified confidence, the outlandish but inconsequential things that said producers believe drive ratings. One of my favorites of his knee-slappers came when Joe told the perky Katie Couric that when the stock market crashed FDR went on television and reassured the nation. (I’m not making this up — watch and be amazed.) Those who don’t know the two things wrong with this mind-numbing statement must don the dunce hat and sit in the corner with Joe.

The clips above from an earlier day, when the Democrat Party was not two steps left of “Whoopie!” and was not so starved of presentable candidates, Joe fibbed and plagiarized his way out of a race that eventually coughed up the hairball Mike Dukakis (aka Zorba the Clerk). They chose this bland technocrat over Al Gore, Dick Gephardt, Gary “Monkey Business” Hart, and Jesse Jackson. OK, maybe the Dems didn’t have that many presentable candidates back then. And perhaps Joe would have survived if he could have resisted the temptation to lie about his academic background and to nick every political speech by others he thought would be useful without attribution. As it worked out, George H. W. Bush swamped Zorba by almost four to one in the Electoral College that year.

Oh how the skeptical have fallen. Back in the day, even mainstream media types, fully credentialed Swamp creatures, could spot the fraud that Joe Biden was. Joe is still a fraud. And transparently so. But now our media robots are either too blind to see it or, more likely, so invested in flogging the progressive agenda that they won’t tell their viewers and readers that the would-be emperor is not only not wearing any clothes (not an image one would want to linger over) but is a damn fool into the bargain.