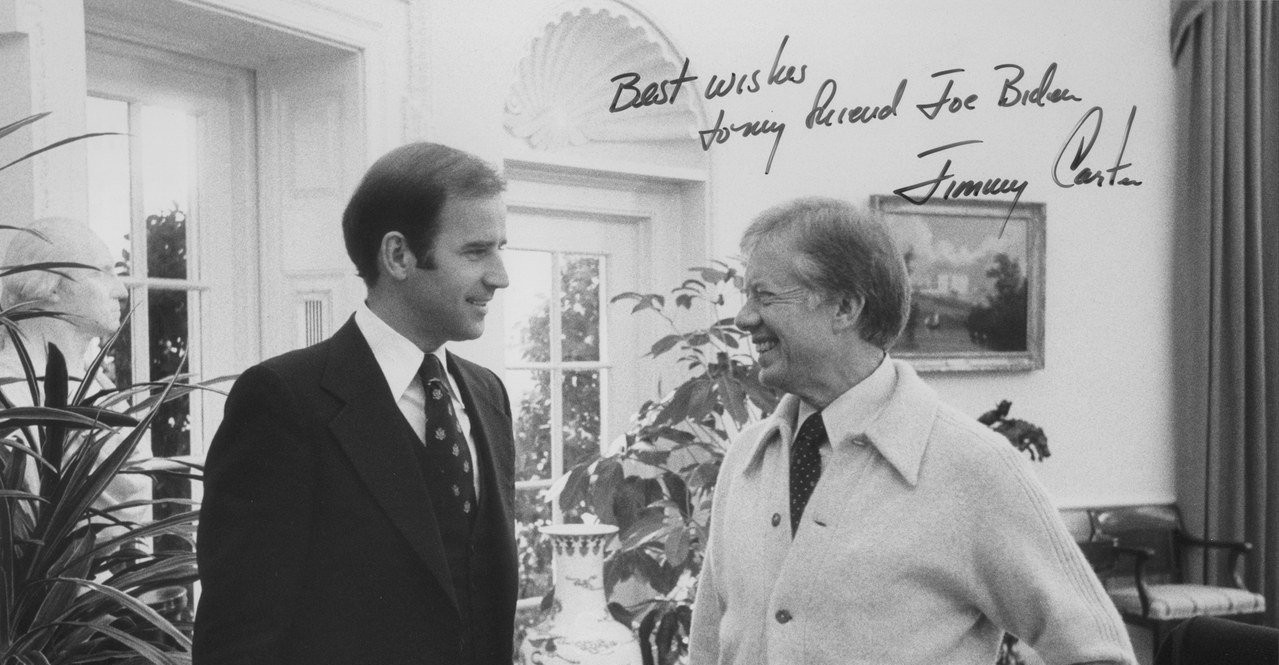 The red-hot alternative rock band Greta Van Fleet sounds an awful lot like Led Zeppelin (seriously), albeit with a touch of the Black Crowes and maybe Rush for seasoning.

That might be the only manifestation of our new reality that is truly welcome. In most other respects, having to relive the 1970s thanks to whatever time warp Joe Biden is inflicting on us is quite an irksome chore.

But that’s what you get when you elect, sort of, an unreconstructed, broken-down 1970s hack politician to run the country. Joe Biden never left the 1970s, and he certainly didn’t learn anything in that lost decade. Now he’s reinflicting it on us.

One of Biden’s first major votes as a U.S. senator was against the construction of the Trans-Alaska Pipeline, in the middle of the 1973 Arab oil embargo. On his first day as president he issued an executive order stopping construction of the Keystone XL pipeline.

Then the Colonial Pipeline went offline thanks to a well-organized attack from Russian hackers demanding millions in ransom — which the company paid this week, getting a strong signal from the Biden administration that they were on their own. Joe Biden doesn’t do anything to help people who run pipelines, you see, particularly when hostile foreign actors take aim at domestic energy production.

Nothing has changed since 1973 in Joe Biden’s world.

That year saw Israel under attack in the Yom Kippur war, a dicey affair that ended inconclusively. Now Israel is under attack by Hamas, which is launching rockets from Gaza and using children as human shields to hide behind. Both in 1973 and today, the Israelis are feeling left quite a bit alone by their supposed American allies. Then it was our dependence on Arab oil that explained our tepid support; now it’s Biden’s dependence on efforts to get in bed with the Iranians for some strange reason.

Colonial’s payment of the Russian ransom looks a whole lot like another oil-related ransom. At least John Paul Getty haggled the Italian mobsters who kidnapped his grandson down to a number he could write off on his taxes in 1973; Colonial can say that the $5 million they coughed up to the Russian cybermob is half what was initially demanded. Things change, but not really.

Can’t wait to see what the stand-in for the Iranian hostage crisis will be. That’s surely coming, as weakness is provocative — something else Biden didn’t learn from Jimmy Carter either back when Carter was offering a preview of the current already-failed presidency or a few days ago when he visited Plains, Georgia, for a bizarre photo op reminiscent of something out of Willy Wonka’s chocolate factory.

There’s our new 1970s-style inflation, or perhaps stagflation is a better term, though it’s worth noting that when the first 1970s-style economic flu hit it was as a result of oversized government practiced by people who honestly believed a nation could tax and spend its way into prosperity. Decrepit Joe Biden has no such excuse; he and his handlers have the benefit of that failed experiment to study and yet are doggedly flouting the immutable laws of economics.

Pay people not to work and they won’t work. When they don’t work, work doesn’t get done. That means production of goods and services no longer meets demand, and your money doesn’t buy what it used to. Debasing the currency by unleashing a Brumadinho-style dam-break of borrowed government spending does absolutely nothing to alleviate that problem, either.

We have gas lines thanks to the Colonial Pipeline job, and gas prices sky-high because of Biden’s war on American oil. In the 1970s, talk of Peak Oil was all the rage; Biden and his fellow travelers are now trying to mandate it with the Green New Deal. But while in the 1970s the energy meddlers were at least touting a plausible solution in nuclear energy, they aren’t even offering that anymore.

The Bidens are probably still rewatching The China Syndrome on their Betamax.

And speaking of China, we’ve gone from Nixon making a trip to Beijing to Beijing making a trip everywhere, and particularly here. In the 1970s there was hope that an opening to China would bring about freedom and prosperity there. Now? We’re beginning to find a national consensus in favor of closing that door before we lose all our freedom and prosperity to Chinese dominance.

It was in the 1970s that we stopped recognizing Taiwan as a sovereign nation, though we continued treating them as one. Pretty soon there won’t be a Taiwan to recognize, the way things are going.

We’ve gone from Billy Carter to Hunter Biden, and that’s not a good trade. Nor is going from Barbara Jordan to Sheila Jackson Lee. LeBron James has found a way to be more subversive than Kareem Abdul-Jabbar without changing his name, and watching New York go bankrupt again isn’t a fun experience. Nor is recognizing that the 1970s want their murder rate back.

The Rocky Horror Picture Show first appeared on movie screens in 1975. There aren’t too many movie screens in use right now, but you can find Dr. Frank N. Furter, or something resembling Tim Curry’s intentionally awful character, at pretty much any local library during Drag Queen Story Hour. Other manifestations of that movie can currently be found on reality TV.

But we’ve at least managed to trade bell bottoms for skinny jeans. Whether or not that’s a step up probably depends on the wearer.

We’ve gone from the Black Panthers to Black Lives Matter; the only difference seems to be the flavor of Marxism on offer. The Weathermen are now Antifa, with a similar sluggishness on the part of law enforcement to do anything about their mayhem. Jim Jones’s sermons are now regurgitated on college campuses and video blogs by the Squad; everybody’s drinking the Kool-Aid, and the same leftist San Francisco politicians who patronized and propped up Jones are still around, more powerful than ever.

At least The Andromeda Strain was just a movie. It seemed more realistic than the response to COVID-19 has been.

Nothing is realistic about Cardi B and Billie Eilish. We’d gladly bring back the Bee Gees to get rid of those two. And can we trade Lady Gaga and Miley Cyrus for Donna Summer and Olivia Newton John?

The good news is that the 1970s begat the 1980s, as after a decade of mostly awful culture and thoroughly awful politics America was desperate for a Ronald Reagan to lead a renaissance.

Perhaps 2024 will be 1980. That would be fine, though frankly we’d really rather not do the time warp again.